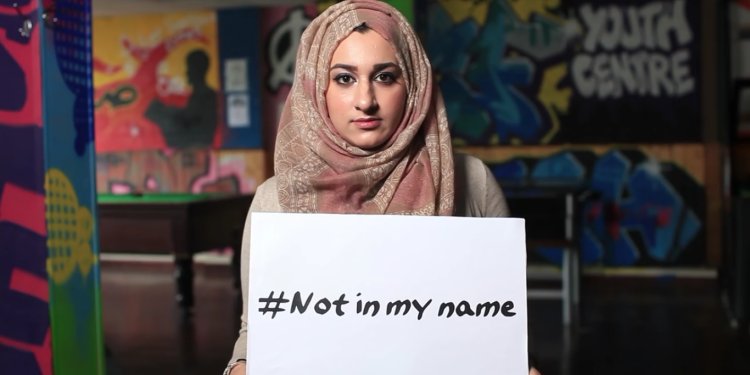 A major Western newspaper, The Independent, on 24 November 2016, reported that 20 million of Shia Muslims took part in one “of the biggest marches in the world”, described as an anti-ISIS demonstration “as they travel through Iraq in celebration of a famous Muslim martyr”.

Undoubtedly, for anyone in the West concerned with ISIS, this is a heartwarming vision: 20 million Muslims from many countries – citizens from up to 40 countries attend the event, according to Wikipedia –  all walking to Karbala, in southern Iraq, some of them traveling on foot for seven days and loudly voicing protest against ISIS. 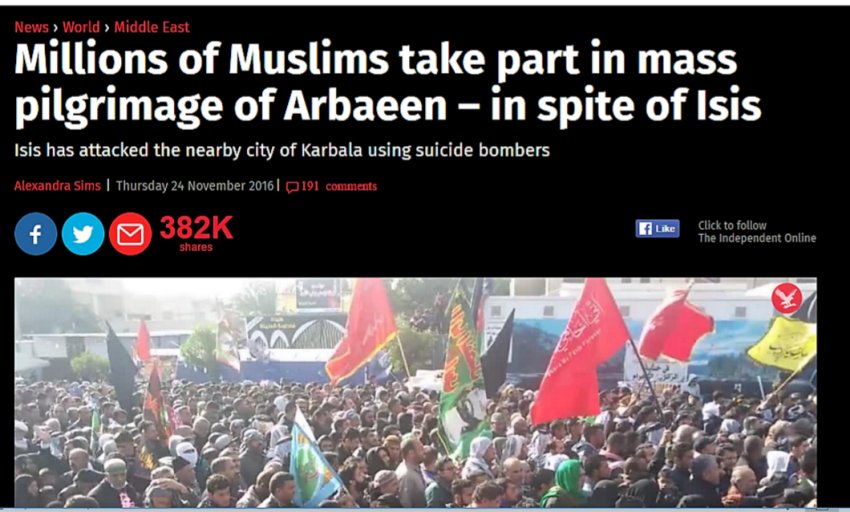 PHOTO CREDIT: Screenshot by the author

In the same article, you could find a photo gallery of a series of anti-Isis demonstrations across Europe, from Turkey to Belgium, Germany, the UK etcetera. The Independent noted that none of these demonstrations had drawn the media attention they deserved, the implication being that Muslim movements against ISIS were far more popular than you might think.  And you might not have noticed something all these photographs had in common: the protesters they depicted were Kurds, not the same people who had participated in the “20 million march” to Karbala who are primarily Shiite pilgrims. Kurds are in majority Sunni but there is a substantive Shiite minority among Kurds, close to Iran – and those are the ones fighting ISIS and presumably their sympathizers are staging demonstrations in Europe. But these are not Arbeen pilgrims.

With such different events presented together this way, you might have been forgiven if you’d walked away feeling that this “20 million march” was exceptional news.

The problem is this: there was nothing exceptional about this march.

First, let’s look at another news that came out on the same day: The New York Times reported a bomb had exploded in Iraq, in the southern city of Hilla, not far from Karbala,  blowing up a bus and killing some 80 Shiite pilgrims who were returning to Iran from the “20 million march”, apparently most of them Afghan residents in Iran. The Times mentioned that this unexpected attack from an ISIS suicide bomber “shattered the illusion” that the Iraq government had been able to effectively protect Shiite pilgrims and it concluded that ISIS remained a “potent force” in Iraq, both in Mosul and in southern Iraq, due to its continued “ability to carry out more traditional guerilla attacks”.

Second, and more importantly, a 20 million march in southern Iraq is nothing exceptional. If they seem exceptional to us, it’s just that we are not aware of them in the West. 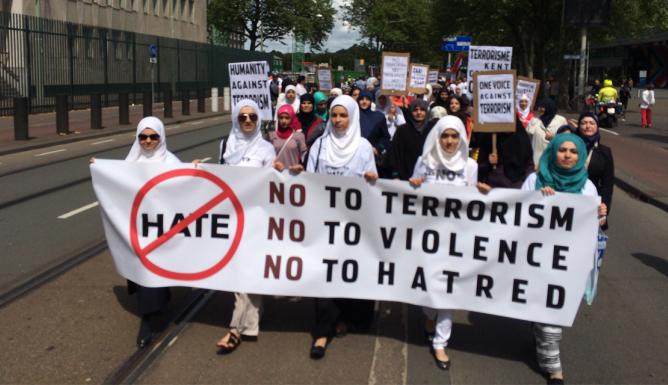 The Largest Annual Pilgrimage in the World

Every year, some 20 million people walk to Karbala, participating in the Arbeen pilgrimage to a Shiite shrine dedicated to Imam Hussein, a grandson of the Prophet. According to Wikipedia, up to 22 million Muslims participate in the pilgrimage yearly, but according to official Iraq sources, the number was much lower, closer to 17 million in 2015, and “between 17 and 20 million” this year.

Whatever the exact number, this makes Arbeen the second largest religious gathering in the world, the first being the Kumbh Mela pilgrimage in India that began in the 18th century and is held every 12 years, gathering some 30 million Hindus – another religious event we rarely hear about in the West. Also, Arbeen is several times larger than the much better known Hajj pilgrimage to the Mecca that only draws some 1.5 to 2 million pilgrims: remarkably, it is a fact that in recent years, the Hajj pilgrimage has drawn decreasing numbers of people. Reuters recently reported that this has caused an unwelcome slowdown for Saudi businesses catering to Hajj pilgrims. Also, for Shiites in Iraq, Karbala is one of two of the holiest cities – the other is Najaf, the home to Grand Ayatollah Ali Sistani, the most influential Shiite spiritual leader in the world.

Moreover, the protest against ISIS expressed by Arbeen pilgrims this year was fully expected, given the large role Iran plays in organizing this pilgrimage – reportedly 3 million people came from Iran this year as against one million in 2015.

Also, Shia pilgrimages are regularly targeted by ISIS that considers Shia Muslims as apostates. In fact, that is precisely why 80 returning pilgrims died at the hands of an ISIS suicide bomber. While the news reported by the Independent were in substance perfectly correct – and the fact that they were shared so many times suggests that they were of great interest to its readership – they were incomplete, and hence subject to misinterpretation.

To understand what really happened, we need to look at what Iran is doing in Iraq.

As the Arbaeen pilgrimage is turning into a major religious ceremony, significantly larger than the Hajj pilgrimage to Saudi Arabia – Iran’s arch rival in the region – and a show of force for the Shiite community, Iranian authorities have been “trying to gradually take the control of this event and utilizing it for its domestic and regional goals, specifically to solidify its influence in Iraq and dominate the Shiite world”, as Hassan Dai, an Iranian-American investigative journalist specialized in Iran affairs put it.

We need to go back in time to fully understand what happened. In 1979, when Ayatollah Khomeini seized power in Iran, he used every means possible to establish his brand of fundamentalism in Iran and export it throughout the Islamic world.  Neighboring Iraq, with its majority Shiite population, was a juicy plum and immediate target. What made Iraq particularly attractive was that it is the home of the shrines of six Shiite Imams, including the most veneered, the first Imam Ali and his son Hossein who are buried in the cities of Najaf and Karbala. And as we know, following the fall of Saddam Hussein and with American support, the Shiite majority took over power in the country. From that moment on, Iraq became a key piece in the Iranian chess game.

But Iran did not stop there. With its expanding military involvement across the Middle East, there was a revival of the old 14th century dream of an Iranian-led “Shiite crescent”, or “Shiite Revival” as Ghassem Soleimani, the commander of Quds Force, the Iranian Revolutionary Guards, called it, making Iran the regional leader – all the more powerful that most oil resources are located in Shiite areas.

The rising power of Iran across the Middle East has just found confirmation in the news that came out on 1 December 2016: OPEC, after years of bickering, finally agreed to cut oil production (and send oil prices soaring), with Iran and Saudi Arabia at last setting aside their differences.

Returning to Iraq for a moment.  Iran’s strategy, according to Hassan Dai, can be summarized thus:

Over-see Shia pilgrimages in Iraq, notably the Arbaeen festival, through direct participation; this is by far its strongest move, with the creation of a new organization called “The Headquarters for the Restoration of Holy Shrines (HRHS)”.

HRHS aims to restore and expand Shiite shrines in Iraq and Syria, allegedly “spending billions” in the process, and oversees Iranian pilgrimages to Iraq, including the biggest event, Arbaeen.

Iranians are encouraged and “incentivized” to participate in the pilgrimages. Placed under the Supreme Leader’s supervision, HRHS current chief is Hassan Pelarak, a former Quds force commander. In addition, HRHS has built “several hospitals and care centers for pilgrims and has acquired a large number of hotels and other facilities around the shrines”. Exactly how large is not clear, but what is obvious is that HRHS has a policy to ingratiate itself with the local population.

The role such pilgrimages play in Iranian politics should not be underestimated. It allows the government to connect with the population, raising religious fervor among Iranians and boosting its legitimacy. It also gives Iranian authorities a chance to recruit ideologically loyal candidates to fill jobs in military and security institutions and even expand beyond Iranian borders, drawing in foreign Shiites to the Iranian cause.

There is, in fact, a “vast network of Islamic centers around the world to find and enroll pilgrims and organizes tours to take them to Iraq”, in particular at Al Mustafa University. For the past three years, Iran has been establishing enrollment centers in several European cities.

Finally, such pilgrimages help raise Iran’s status in the region, particularly strengthening its hand in the current rivalry between Iran and Saudi Arabia. Arbeen, in particular, has become a show of force that compares favorably with the much smaller Hajj pilgrimage in Saudi Arabia.

While Iran continues to exert considerable political and military influence in Iraq, when it comes to Najaf, the holy town next to Karbala and home to Grand Ayatollah Ali Sistani, it hits a wall: The Iraqi government and the law give Sistani the authority over Iraq’s Shiite shrines and his appointed custodians control the pilgrimage observances in Iraq’s shrine cities. 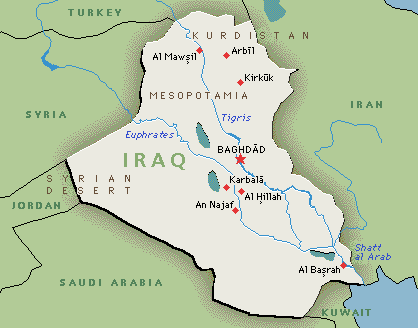 And that is the framework in which the “20 million march of Muslims against ISIS” needs to be seen. It is only one episode in the long-run political game Iran is playing in the region, an episode destined to be repeated every year.

Recommended reading: YOU PROBABLY HAVEN’T HEARD ABOUT THIS MUSLIM PILGRIMAGE AGAINST ISIS 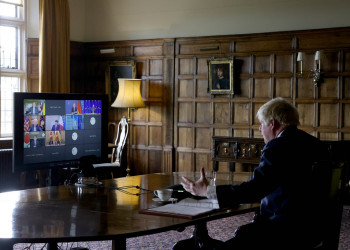 G7 Summit: Unanimous Accord to Phase Out Russian Oil, and New US Sanctions Announced 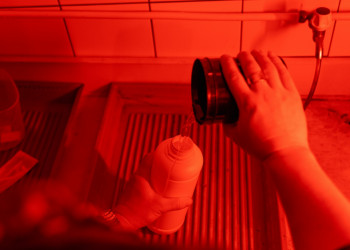 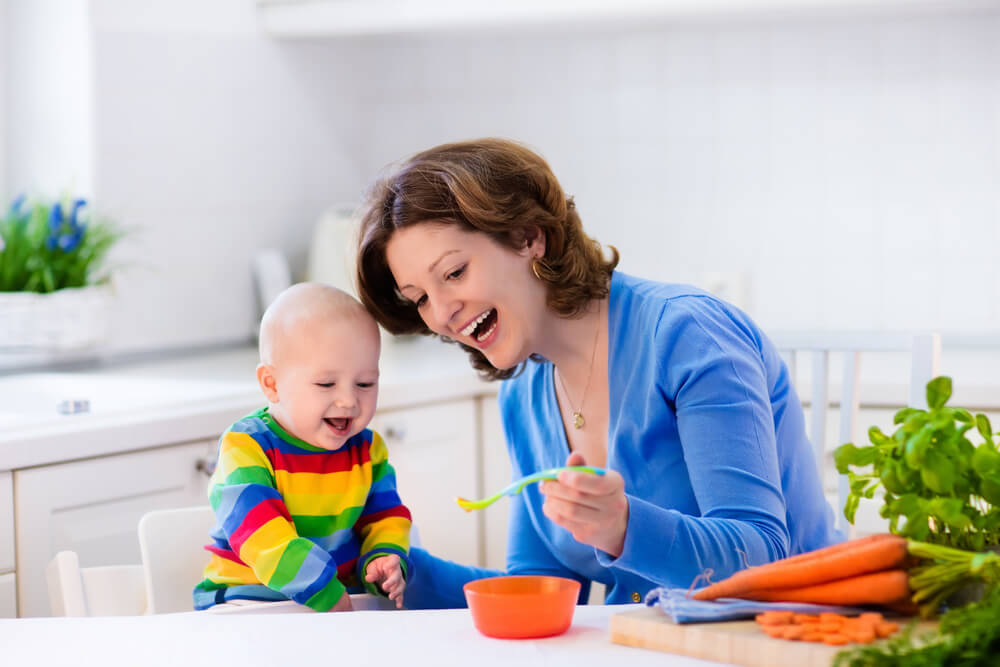