6 Ways to Remove Carbon Pollution From the Sky 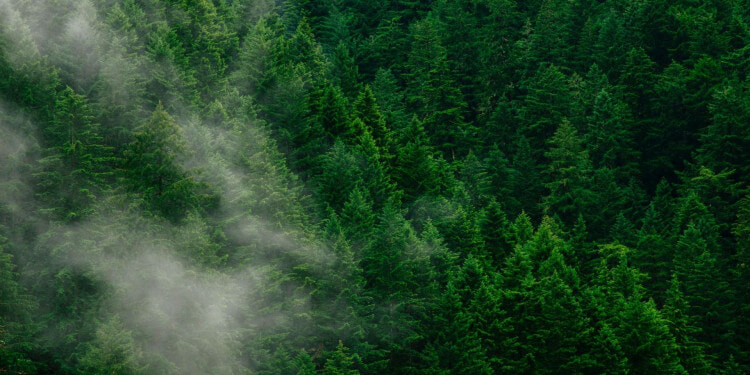 Since the Industrial Revolution, humans have emitted more than 2,000 gigatons of carbon dioxide into the atmosphere. (A gigaton is one billion metric tons.) Here are six effective options for carbon removal researched by the World Resources Institute.

This thickening blanket of heat-trapping greenhouse gases causes the global warming we experience today. If nothing changes, climate impacts such as forest fires, stifling heat waves and damaging sea level rise will only continue to intensify.

To keep global temperature rise to less than 1.5-2 degrees C (2.7-3.6 degrees F), which scientists say is necessary for preventing the worst impacts of climate change, we’ll need to not only reduce emissions but also remove and store some carbon from the atmosphere.

In fact, most climate model scenarios show we’ll need to remove billions of metric tons of carbon dioxide annually by 2050, while also ramping up emissions reductions.

Carbon removal can take numerous forms, from new technologies to land management practices. The big question is whether these approaches can deliver carbon removal at the scale needed in the coming decades.

Each carbon removal approach faces challenges and limitations. WRI’s series of working papers explores the possibilities and challenges of using carbon removal to combat climate change and recommends a priority set of U.S. federal policy actions to accelerate their development and deployment.

Here are six options for removing carbon from the atmosphere:

WRI estimates that the carbon-removal potential from forests and trees outside forests in the United States alone is more than half a gigaton per year, equivalent to all annual emissions from the U.S. agricultural sector. These approaches to remove CO2 through forests can be relatively inexpensive compared to other carbon removal options (generally less than $50 per metric ton) and yield cleaner water and air in the process.

One major challenge is ensuring that forest expansion in one area doesn’t come at the expense of forests somewhere else. For example, reforesting farmland would reduce the supply of food. This could necessitate converting other forests to farmland, unless improvements in farm productivity could fill the gap. Similarly, not harvesting timber from one forest may result in overharvesting in another. These dynamics make restoring and managing existing forests, and adding trees to ecologically appropriate lands outside of farmland, especially important.

Soils naturally store carbon, but agricultural soils are running a big deficit due to intensive use. Because agricultural land is so expansive — more than 900 million acres in the United States alone—even small increases in soil carbon per acre could be impactful.

Building soil carbon is good for farmers and ranchers, too, as it can increase soil health and crop yields. Integrating trees on farms can also remove carbon while providing other benefits, like shade and forage for livestock.

There are many ways to increase carbon in soils. Planting cover crops when fields are otherwise bare can extend photosynthesis throughout the year, sequestering about half a metric ton of CO2 per acre per year. Using compost can improve yields while storing the compost’s carbon content in the soil. Scientists are also developing crops with deeper roots, making them more resistant to drought while depositing more carbon into the soil.

Managing soil for carbon at a large scale, though, is a tricky proposition. Natural systems are inherently variable, and that makes it a real challenge to predict, measure and monitor the long-term carbon benefits of any given practice on a given acre.

The efficacy of some practices is also subject to continued scientific debate. Furthermore, changing conditions or management practices from year to year could erase prior gains. And because a lot of farmland would be needed to remove a significant amount of carbon, governments and market systems would need to create the right conditions for landowners to store more carbon.

Bio-energy with Carbon Capture and Storage (BECCS) is another way to use photosynthesis to combat climate change. However, it is far more complicated than planting trees or managing soils — and it doesn’t always work for the climate.

BECCS is the process of using biomass for energy in the industrial, power or transportation sectors; capturing its emissions before they are released back to the atmosphere; and then storing that captured carbon either underground or in long-lived products like concrete. If BECCS causes more biomass to grow than would otherwise, or stores more carbon instead of releasing it back into the atmosphere, it can provide net carbon removal.

But it’s not always straightforward to determine whether those conditions are met. Moreover, if BECCS relies on bioenergy crops, it could displace food production or natural ecosystems, erasing climate benefits and exacerbating food insecurity and ecosystem loss.

Some forms of BECCS would convert wastes like agricultural residues or garbage into fuel. These feedstocks may be key to the future of BECCS, since they wouldn’t require dedicated land use. Even then, the accounting has to be right—and there are lots of ways to get it wrong — for BECCS to deliver the expected climate benefits.

Direct air capture is the process of chemically scrubbing carbon dioxide directly from the ambient air, and then storing it either underground or in long-lived products. This new technology is similar to the carbon capture and storage technology used to capture emissions from sources like power plants and industrial facilities. The difference is that direct air capture removes excess carbon directly from the atmosphere, instead of capturing it at the source.

It is relatively straightforward to measure and account for the climate benefits of direct air capture, and its potential scale of deployment is enormous. But the technology remains costly and energy-intensive. It is often difficult to pin down costs for new direct air capture technologies, but a 2018 study estimates that it would cost about $94-$232 per metric ton. Earlier estimates were higher.

Investing in technological development and deployment experience, together with continued progress in the deployment of cheap, clean energy, could advance prospects for direct air capture at a large scale.

Multiple companies have already developed direct air capture systems, despite the near absence of public research and development spending on the technology for many years. In late 2019, however, Congress appropriated $60 million for carbon removal technologies, including at least $35 million for direct air capture, an important step toward the level of investment needed to scale up development efforts.

The bottom line is that direct air capture is still a new technology and, while it shows enormous potential for scaling up, these systems are the first of their kind and need public support to advance.

Some minerals naturally react with CO2, turning carbon from a gas into a solid. The process is commonly referred to as carbon mineralization or enhanced weathering, and it naturally happens very slowly, over hundreds or thousands of years.

But scientists are figuring out how to speed up the carbon mineralization process, especially by enhancing the exposure of these minerals to CO2 in the air or ocean. That could mean pumping alkaline spring water from underground to the surface where minerals can react with the air; moving air through large deposits of mine tailings — rocks left over from mining operations — that contain the right mineral composition; crushing or developing enzymes that chew up mineral deposits to increase their surface area; and finding ways to weather certain industrial byproducts, like fly ash, kiln dust or iron and steel slag.

Carbon mineralization can also be used as a way to store CO2 by injecting into suitable rock types where it reacts to form a solid carbonate. Additionally, some applications could replace conventional production methods for products like concrete, which is used at a multi-billion ton scale globally.

Scientists have shown that carbon mineralization is possible and a handful of start-ups are already developing mineralization-based building materials, but there is more work to be done to map out cost-effective and prudent applications for scaled deployment.

A number of ocean-based carbon removal concepts have been proposed to leverage the ocean’s capacity to store carbon and identify approaches beyond only land-based applications. However, nearly all of them are at early stages of development and need more research, and in some cases pilot testing, to understand whether they are appropriate for investment given potential ecological, social and governance impacts.

Each approach aims to accelerate natural carbon cycles in the ocean. They could include leveraging photosynthesis in coastal plants, seaweed or phytoplankton; adding certain minerals to increase storage of dissolved bicarbonate; or running an electric current through seawater to help extract CO2.

Some ocean-based carbon removal options could also provide co-benefits. For example, coastal blue carbon and seaweed cultivation could remove carbon while also supporting ecosystem restoration, and adding minerals to help the ocean store carbon could also reduce ocean acidification. However, much is still unknown about the broader ecological impacts of these approaches and further research is needed to better understand potential risks before these approaches are pursued at any scale.

In the near term, cultivated seaweed can also be used for products like food, fuel, and fertilizer, which may not result in carbon removal, but could reduce emissions compared to conventional production and provide an economic return that supports growth of the industry.

Given the potential ecological, social, and governance impacts of proposed approaches, additional research could begin to clarify uncertainties and inform where and when ocean-based carbon dioxide removal concepts should be scaled up.

The Future of Carbon Removal

WRI’s analysis has shown that the most cost-effective and lowest risk strategy for building out carbon removal capacity involves developing and deploying a variety of approaches in tandem.

Each carbon removal approach offers promise and challenges but capturing and storing CO2 already in the air must be part of our climate change strategy in the United States and around the world to avoid dangerous levels of global warming.

It’s time to begin investing across the portfolio of carbon-removal approaches—in research, development, demonstration, early-stage deployment and enabling conditions—so that they become viable options at the scale needed in the coming decades.

About the Authors: Kelly Levin is a senior associate with the World Resources Institute (WRI’s) global climate program where she supports countries in the design and tracking of climate commitments, as well as planning for long-term transitions associated with decarbonization. Katie Lebling is an Associate in WRI’s Climate Program where she works on research and analysis of technological carbon removal approaches. Alex Rudee is an Associate in WRI’s U.S. Climate Initiative where he works to include research on carbon removal pathways in forestry and agriculture. Rudee also provides technical assistance to state and federal policymakers and develops partnerships on nature-based solutions with businesses and other stakeholders. James Mulligan and Gretchen Ellison are no longer on staff at WRI.

Editor’s Note: The opinions expressed here by Impakter.com columnists are their own, not those of Impakter.com. — In the Featured Photo: Expanding forests, restoring existing forests and managing forests can help remove carbon dioxide from the atmosphere. — Featured Photo Credit: Andrew Coelho