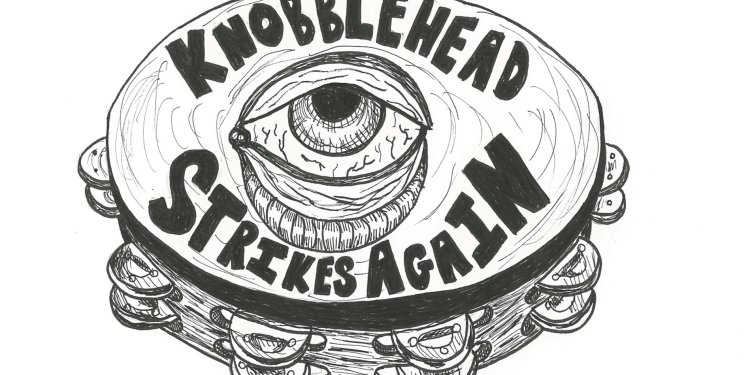 First catching my eye whilst browsing Soundcloud, Knobblehead are a new band bursting on to the Oxford music scene. Officially coming together in late October, the self-described ‘psych-rock cacophony’ has been in the mind of guitarist and songwriter, Rowan Janjuah, for a few years. No stranger to the music scene himself, the new project aims to deliver a fun and exciting alternative to a music genre that dates its inception to the 1960s. I reached out to the band and Rowan agreed to sit down with me and discuss his music, his inspirations and the modernisation of music playing. The art throughout this article is the band’s official artwork by Claire Stewart Wright, whose idiosyncratic style reflects the bands nature and sound.

Thanks for taking the time to sit down with me. First of all, the name: Knobblehead. Was there a particular thought behind it?

RJ: *Laughs* So I actually just thought it would be funny. I went to Green Man festival just before I started the project and that was really its inception. Where it came from, where the whole idea started moving. On the way there, me and friend were joking around about band names and we obviously came up with a bunch of rubbish. Then 2 days later, I was wondering around and the name just came to me. Knobblehead. Nothing more to it than that. 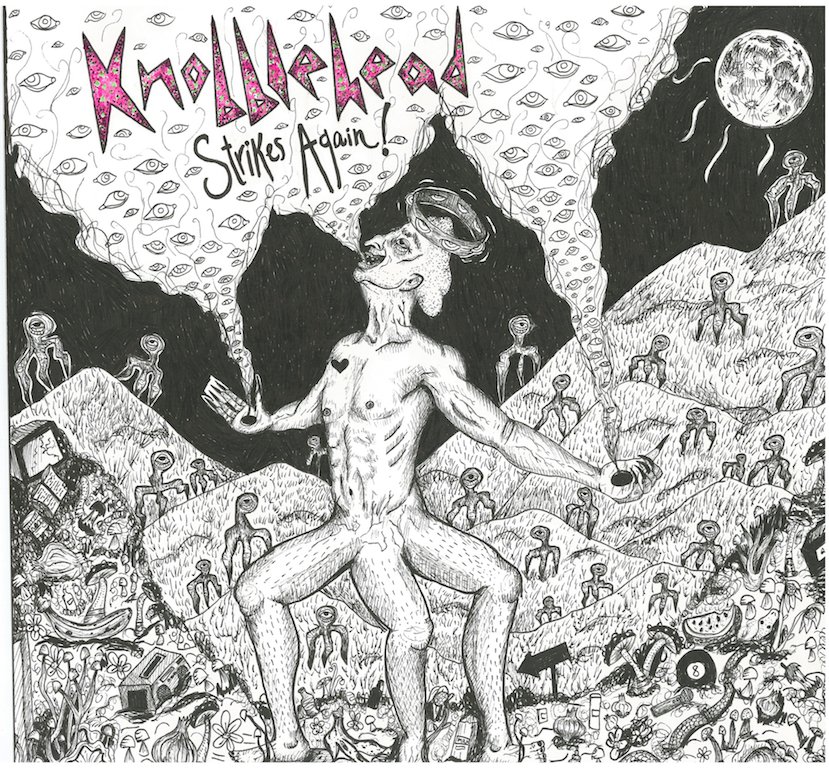 You describe your sound in the Psychedelic rock/ shoegaze genres. Who would you say your biggest music influences are?

RJ: I grew up on music my parents played me which was a lot of [Led] Zeppelin. They were my favourite band growing up but I also was introduced to Bob Marley, Pink Floyd and many others. Basically 70s rock came into my life from a very early age and then when you go digging you find it comes from blues and a host of other genres. I went back and the whole 60s period became a real obsession for me. Bands like Jefferson Airplane, Velvet Underground- for me they are the birth of coolness. They had a bigger influence on me as a writer and I would say Zeppelin influenced me more as a musician.

You’ll see modern bands are influenced by this music as well- especially by Velvet Underground’s first album which was really influential. To name a few these are the Brian Jonestown Massacre, Dandy Warhols, Spacemen 3- I could go on for ages.

In terms of what is influencing me at the moment- I’d say I’m very susceptible. Some would say ‘musically gullible’. Mac De Marco, Courtney Barnett- people like that have a big impact on me.

You mentioned writing earlier. Some musicians and authors have very unusual or idiosyncratic writing processes. Are yours any different?

RJ: That’s a hard question for me as I don’t really think about it; which is probably a lucky thing. I’ve never really had ‘writer’s block’- maybe a bit when I was younger but in the last 3 years I’ve never had any trouble. I just sit down, I will noodle and something will come to me. If it works that way, I try not to overthink it- I feel that if you try to overthink it, you may end up making it worse. I tend to write stuff down and come back to it the next day and hey- if its shit, its shit and no point worrying about it.

Broadly, I write as I record. I will usually have two or three ‘anchor’ points in my head that I’ve been thinking about that week: A drum beat, a chord progression, maybe a lead part. I will loop those and see if it works- You have to be adaptive. 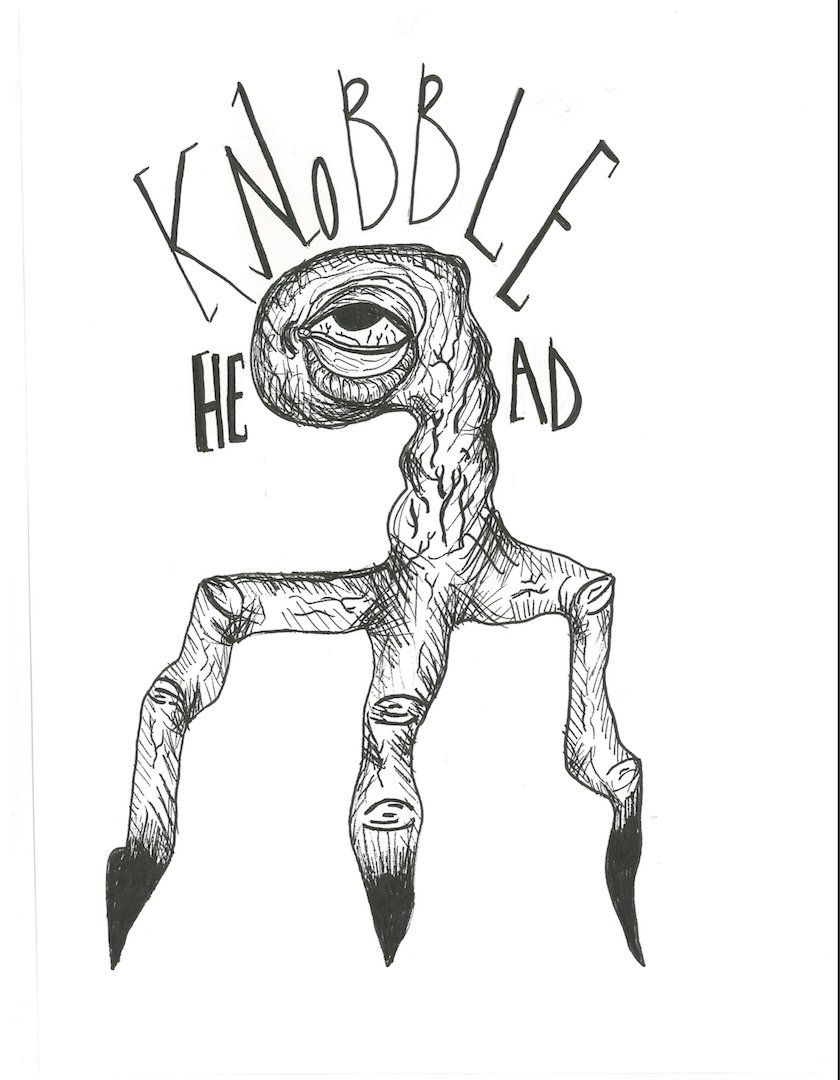 Speaking of lyrics, One of the lyrics in your song ‘Mary’ is “‘cause my clock is ticking so slowly, I’m thinking How can this be a crime?”. I guess we all know what this refers to. Would you see drugs legalised? Is that what the lyric was about?

RJ: So that song was purely about marijuana so that lyric only referred to one thing, not all. I do feel especially strongly about marijuana being legalised- I think it’s the non-regulated aspect that makes it dangerous at all.

In terms of all drugs, the most compelling argument for legislation is that it will make them so much safer. I believe that people should be allowed to do what they want but I also believe that children/young adults wanting to do these substances is likely to be a terrible decision. So, there would have to be measures to protect that. But I’m a musician, not a politician.

Given the recent legalisation across the whole of Canada and several states in the US, why do you think the UK is a bit more reluctant?

RJ: I think a big difference with the US and Canada is that it grows there naturally. There is so much access that you get to a point where officials may want people using these things safely, given they will be anyway. There are undeniably negative effects of marijuana- it can trigger pre-existing conditions etc- but the risks and consequences are so much lower than other things that are completely common place in the UK, such as alcohol. I would say a big hold up in the UK is that marijuana isn’t culturally established yet.

I’m sure it will happen- a cultural shift will work its way across soon enough. 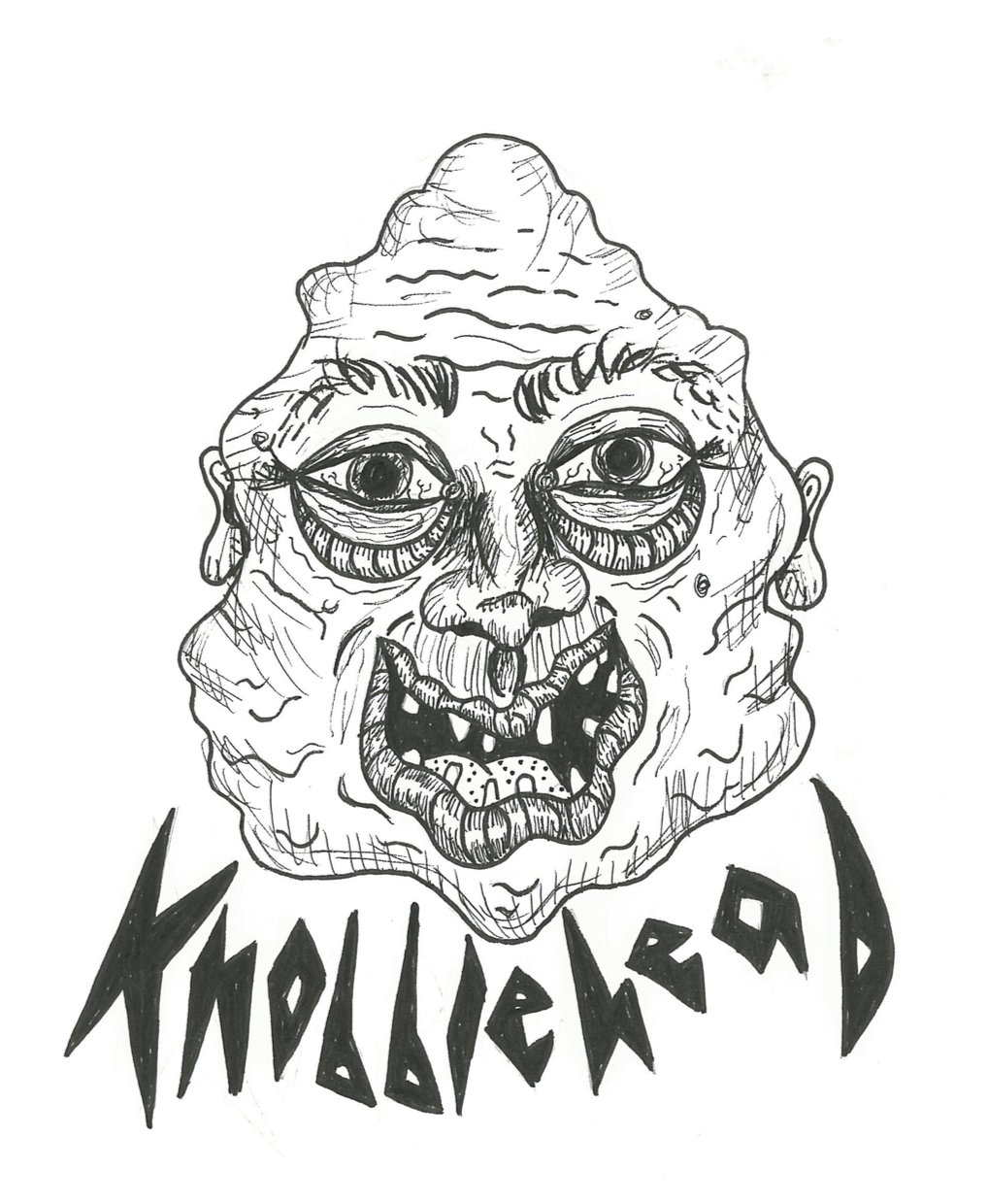 Is the music world any different to how you thought it would be?

RJ: Well, not to sound conceited but no I don’t think so. I was in a band when I was younger- not a huge band at all but played for promoters and did shows. So I sort of came into this project with a fair idea of what I was getting into and what to expect from people. The one lesson I would share is: if it seems too good to be true, it probably is.

I’ve known I wanted to do music for a long time and I knew it was going to be a grind. And it is a grind. You play, create and hopefully along the line, somebody goes- YES. You live in constant hope.

The way people consume music has always evolved- Vinyls to CDs, and now, to streaming services like Spotify and Apple music. In the same way that vinyls allowed people to enjoy music in their own homes for the first time, do you think the modernisation of music playing has altered the way we enjoy music?

Don’t forget cassettes! Seriously though, I would say yes, definitely. I’m no luddite who says it cheapens music. In the old days you would go to your local record store (something I still love to do), browse the shelves, try something and maybe buy it. That’s a great culture to have in the music world as you meet the local people, chat to them about music, learn stuff. Its interactive and communal. But a record company can only stock so many records. On your phone you have everything. The volume of music available to me in my lifetime, compared to my parents, is huge. And that cannot be a bad thing.

But you would think that would mean the death of previous, more bulky and less efficient mediums. Yet vinyls are all the rage. I love my record player and my local record store. But cassettes and CDs, much less so. For me, the best mediums last the test of time and bring something different to the table of experience.

For example, you find an artist you love and want to listen to all their albums immediately. Spotify is perfect. You find a particular album you love and want to listen to it really closely- there’s nothing quite like sitting down with a vinyl. It forces you to engage and it’s a more interactive way of listening. It depends what you want. Where CDs and cassettes fall into that is sort of grey area and that’s probably why they’re not used as much. The mediums that carry the most impetus will stand the test of time and download is definitely one of them. It’s so immaterial and consumable. 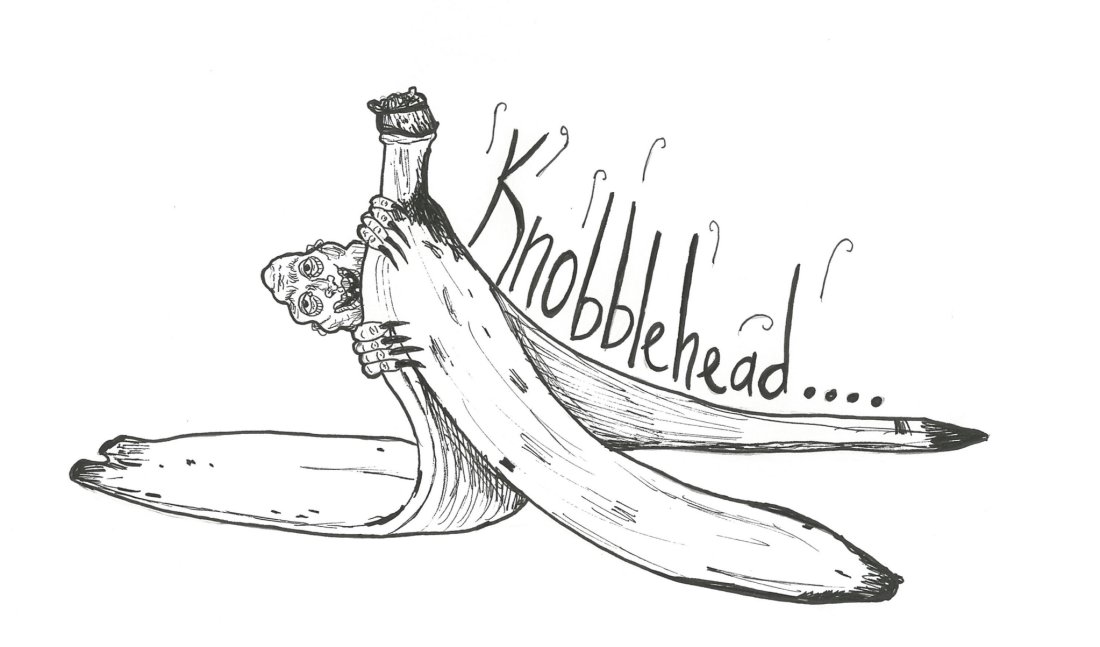 What is one thing you hope doesn’t change as the band progresses?

So the really cheesy answer is: my relationship.  I’m dating one of the singers and she has been part of the whole thing- so it would feel weird going on without her specifically.

But probably the most important thing is that it never stops being fun. Which, again, is cheesy but also true. Knobblehead as a project is designed to be fun. Meeting other bands in the same genre, I find we’re on the lighter end of it and try not to take ourselves too seriously. I would hate to start losing that. I would hate it become a chore, something I don’t look forward to.

As a final question- what can we look forward to from Knobblehead in the future? And where can we find it?

Right now we have our second ever gig in the Wheatsheaf, Oxford on the 29th January. Come! If you can! Gigging is massive and it’s an absolute thrill so lots of that hopefully. I’m going to record an album which will come out in the latter half of next year called “Knobblehead Strikes Again”. We also have a Soundcloud where I’m always releasing demos and singles.

I look forward to seeing you up in stage lights. Any chance of a backstage ticket?

As soon as we play somewhere with a backstage, I’ll get you one.

Despite Spiking Hunger Numbers, Investments in Agriculture Continue to Decrease