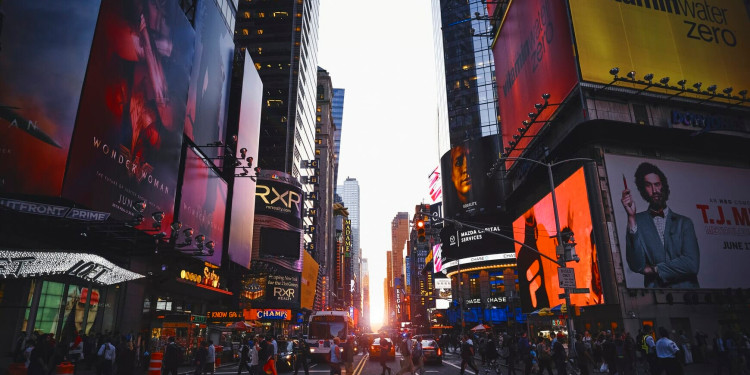 Despite the efforts of influential fashion and sustainability nonprofits to promote sustainable fashion practices, the industry’s emissions keep rising. It contributes an estimated 4-8.6% of the world’s greenhouse gasses, fast fashion continues to expand and garment workers around the world remain exploited. Legal remedies are needed and increasing consideration is given to the idea of introducing fashion sustainability laws into the legal system.

In short, the goal is to get the fashion industry to adopt environmental, social and governance (ESG) standards.

Seeking to address the environmental and social impact of the industry, last Friday, January 7, a coalition of fashion and sustainability-focused nonprofit organizations, including the New Standard Institute, the Natural Resources Defense Council and the New York City Environmental Justice Alliance worked to formulate a legislative proposal, the Fashion Sustainability and Social Accountability Bill which was introduced last October.

If this project passes into law, all fashion companies that sell their products in NY and make over $100 million in annual worldwide revenues would be required “to disclose environmental and social due diligence policies”.

Brands such as Armani, Nike, Prada or LVMH would have to map at least 50% of their supply chains and disclose impacts such as the wages of workers, greenhouse gas emissions, water footprint and chemical management.

. @SenatorBiaggi first became passionate abt the intersection of fashion, climate, & social justice after taking classes at @FordhamLawNYC‘s @FashionLawInst, which opened her eyes to the connections btwn those subjects. https://t.co/t4DOSebhbl via @ELLEmagazine‘s @veroniquean

These brands would also have to disclose the type and quantity of materials their suppliers produce and the volume of recycled materials used annually. This information will also have to be placed online, thus raising peer pressure as laggards and deviations from sustainable production methods come into full view.  And companies will be required to reduce their impact by meeting the Science-Based Targets in line with the goals of the Paris Agreement.

Under the bill, those apparel or footwear brands that fail to comply with the law can be fined up to 2% of revenues of $450 million or more. The New York Attorney General would be required to identify and publish annually a list of companies that violate the law and the fines will be used for environmental justice projects in New York and would go to a new community benefit fund administered by the Department of Environmental Conservation.

According to an article published in The Fashion Law in July 2021, although evidence that workers in garment factories supplying world-renowned brands have reported inhumane working conditions, no health and safety guarantees and receiving low wages for exorbitant working hours exist, in short, “Fashion industry giants keep failing to fix labor exploitation”.

But that was written before the news came in that substantial progress had been made at least in Bangladesh, the home of the tragedy that killed over a thousand women with the collapse of the building where they worked. That spurred a worldwide movement to ensure garments workers safety from fire and other hazards and four months ago, an expansion of coverage was achieved with a new legally-binding agreement placed under the supervision of the Ready-Made Garments Sustainability Council:

In this sense, and in line with projects carried out in the country such as Transparency in Supply Chains Act or Garment Worker Protection Act, New York’s Fashion bill stipulates that brands must not only disclose the average wages of workers, but also the measures they apply to integrate responsible business conduct into their policies.

Not everyone feels the new bill is going far enough. Vogue Business reported that “a range of insiders and advocates focused on labor rights, racial justice and global equity say that while the bill is an important and bold first step, they are not quite ready to celebrate. The bill must be refined and strengthened, and done so with a more inclusive process than the one that led to the bill’s creation, to force much-needed change in the industry”

“As a global fashion and business capital of the world, New York State has a moral responsibility to serve as a leader in mitigating the environmental and social impact of the fashion industry.” Senator Biaggi

If passed, this law would set a global precedent and will influence the other fashion capitals. As stated by Vogue “New York City’s significant market size will effectively require brands around the world to comply”.

It should be noted that the bill is being proposed at a historical moment when the new generations are more aware in socio-environmental terms. A survey conducted in December 2019 by First Insight, revealed that Gen Z Shoppers Demand Sustainable Retail. On the other hand, a survey taken by DoSomething, a social impact consultancy, reported that “75 percent of Gen Z respondents said they wanted to see that brands were ensuring employee and consumer safety”.

The Fashion Sustainability Law responds to the demands of the new generations and the latent need to promote environmental policies and although this type of process can take years, its stakeholders have started the campaign and expect it to be approved by mid-2022.

Born in 1995 in one of the most biodiverse countries in the world, Colombia. Student of social communication and journalism at the University of Quindio. She has participated in several radio projects, short films and documentaries in the coffee region in her country. She was part of the UN refugee agency as an intern. Feminist and human rights defender, she is passionate about radio, sports, music and traveling. Loves working for projects that generate social/environmental changes.