In an Op-Ed that sounds like a "j'accuse", the retired American generals identified the danger and called for remedial measures 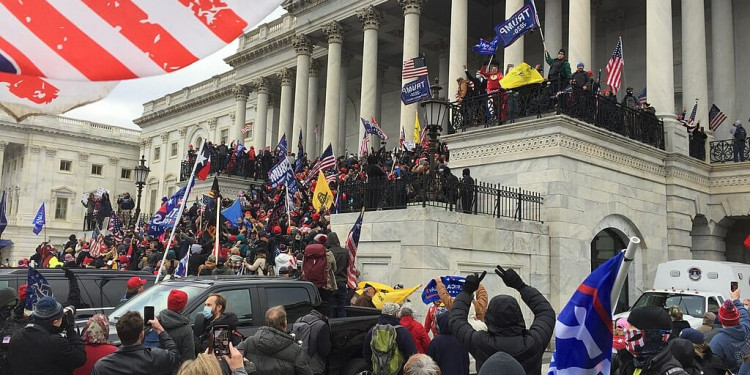 Americans have often referred to Paul Revere as sounding the alarm in 1775 and saving the then-young revolution effort for independence. Three retired U.S. Army Generals, Paul D. Eaton, Antonio M. Taguba, and Steven M. Anderson, to their immense credit, have done so on December 17, 2021, in an Op-Ed piece in the Washington Post, entitled: The military must prepare now for a 2024 insurrection. The fear is a repeat of the January 6 assault on the Capitol, the direst threat to American democracy that has been given to observe in recent history.

While their doing so will not be appreciated by some – either those in the military or continuing the lies that the 2020 election was stolen and that the January 6th insurrection was lawful -, one can only hope that the alarm is loudly heard and timely enough so that the nation comes to its senses and finds ways to reverse this unimaginable disaster before it is too late. American democracy is at risk and the reasons why have been explored on Impakter in several articles, but this is the first time that the warning comes from the highest ranks in the American military.

Retired Brig. Gen. Steven Anderson, one of the three authors of the Op-Ed, told CNN in an interview (see above video) “we need to imagine the unimaginable” and think about 2024 now, concluding “there are things that could happen, cyber security and other threats – we’ve got to start thinking about it now and take action.”

Taken from the Op-Ed, here are segments of their courageous statement:

“As we approach the first anniversary of the deadly insurrection at the U.S. Capitol, we — all of us former senior military officials — are increasingly concerned about the aftermath of the 2024 presidential election and the potential for lethal chaos inside our military, which would put all Americans at severe risk.

In short: We are chilled to our bones at the thought of a coup succeeding next time.”

If I am allowed a comment here: Calling the assault on the U.S. Capitol a “deadly insurrection” is no metaphor, that is precisely what happened. President Trump’s fans did not come with trumpets and drums, they came in with the intention to vandalize and kill. It was neither a spontaneous attack nor an isolated event.

The generals go on to explain:

“One of our military’s strengths is that it draws from our diverse population. It is a collection of individuals, all with different beliefs and backgrounds. But without constant maintenance, the potential for a military breakdown mirroring societal or political breakdown is very real.

All service members take an oath to protect the U.S. Constitution. But in a contested election, with loyalties split, some might follow orders from the rightful commander in chief, while others might follow the Trumpian loser…Under such a scenario, it is not outlandish to say a military breakdown could lead to civil war.”

They see clear signs of a possible breakdown in the line of command – referring in particular to the astonishing behavior of Brig. Gen. Thomas Mancino, the commanding general of the Oklahoma National Guard, who refused an order from President Biden mandating that all National Guard members be vaccinated against the coronavirus.

“The potential for a total breakdown of the chain of command along partisan lines — from the top of the chain to squad level — is significant should another insurrection occur.”

In short, the rebels who threaten democracy are inside the army and they are not mere soldiers, they can be found at the highest levels. As the generals write, we cannot dismiss the “idea of rogue units organizing among themselves to support the “rightful” commander in chief.” Such a situation puts at risk the security of the United States: “Any one of our enemies could take advantage by launching an all-out assault on our assets or our allies.”

The three Generals go further in providing some steps for the military to take – calling on the Pentagon to “immediately order a civics review for all members — uniformed and civilian — on the Constitution and electoral integrity.” And they see a need for “a review of the laws of war and how to identify and deal with illegal orders” as well as reinforcing the structure of command reinforce “to make perfectly clear to every member of the Defense Department whom they answer to.”

But this is clearly not a problem for the military alone.

It is time for all truly patriotic American leaders and public voices, of whatever political persuasion,  to do common cause and condemn those who now threaten our American democracy.

Editor’s Note: The opinions expressed here by Impakter.com columnists are their own, not those of Impakter.com. — In the Featured Photo: Crowd of Trump supporters marching on the US Capitol on 6 January 2021, ultimately leading to the building being breached and several deaths. Source: TapTheForwardAssist

A Record Number of Journalists Still Detained in 2021