Mayor Jensen is a Danish politician, Deputy Leader of the Danish Social Democratic party, and has been Lord Mayor of Copenhagen since the first of January 2010. Frank Jensen got involved in politics from an early age. As a university student the high unemployment rates among young people was at the top of his list of main concerns. Consequently, he initiated a project aimed at advising unemployed youths. Frank Jensen has been the Lord Mayor of Copenhagen since 2010. In 1987 he was elected to represent the Social Democrats in the Danish Parliament.

During his twenty years in the Parliament, he held positions of both Minister of Research (1994-96) and Minister of Justice (1996-2001) in the Cabinets of Poul Nyrup Rasmussen. In 2007, Frank Jensen left politics for a few years to work as CEO of Telecom Scandinavia (2007-2008) and CEO of The Association of Danish Law Firms (2008-2009). Frank Jensen was reelected for another 4-year period during the local elections on the 21st of November 2017. Frank Jensen is also the deputy leader of The Danish Social Democrats. He holds a master's degree in economics from Aalborg University which he received in 1986. 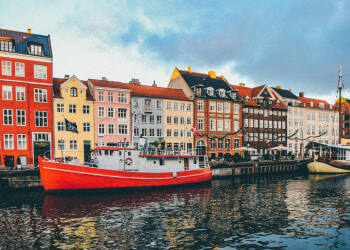