Jennifer Morris was appointed as a Non-Executive Director of Fortescue Metals Group in November 2016. She is a former partner in the Consulting Division of Deloitte, where she specialized in complex large-scale business transformation programs and strategy development. Ms. Morris holds a senior position at the Minderoo Foundation as Chief Executive Officer of the Walk Free Foundation and part of her role is leading the Bali Process Government and Business Forum.

She has senior corporate governance experience and is currently a Commissioner of the Board of Australian Sports Commission, a former Director of the Fremantle Football Club and the Western Australian Institute of Sport. She was also the Chairperson of the Board of Healthway, the government’s peak health promotion of the body.

Ms. Morris was previously a member of the Australian Women’s Hockey Team, where she won Olympic gold medals at the Atlanta 1996 and Sydney 2000 Olympic Games. In 1997, she was awarded a Medal of the Order of Australia (OAM). She is a Member of the Australian Institute of Company Directors, a Fellow of Leadership WA, an affiliate member of Chartered Accountants Australia and New Zealand, a member of the Vice Chancellor’s List, Curtin University and holds a Bachelor of Arts (Psychology and Journalism) received with Distinction and completed the Finance for Executives at INSEAD. 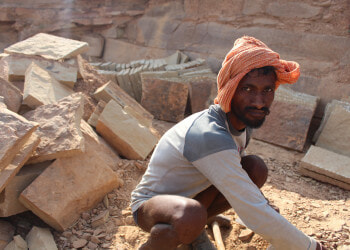 The SDG That Is Slipping Away From Us

Stretch targets, by nature, are designed to spur action. One hugely critical target, however, is at risk of passing by unmet....

The SDG That Is Slipping Away From Us

Stretch targets, by nature, are designed to spur action. One hugely critical target, however, is at risk of passing by unmet....