The Indigenous actor, responsible for shaping the history of Australian film, dies of lung cancer at age 68 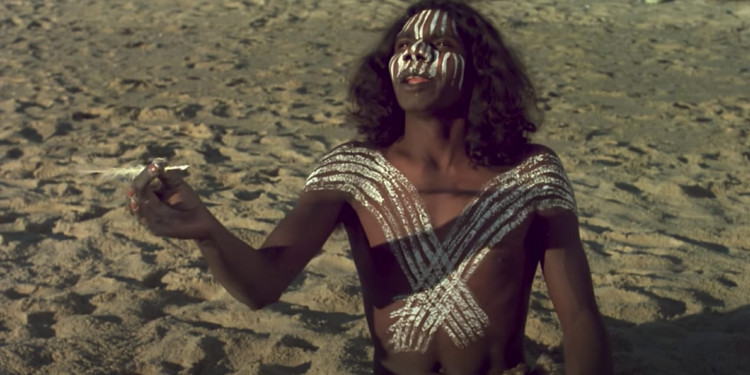 Discussing his inevitable death following his lung cancer diagnosis in 2017, David Dalaithngu said he was “going back to country on a one-way ticket”. The actor who has been described as a “titanic force in Australian cinema” died yesterday in south-east Adelaide aged 68.

The South Australian Premier, Steven Marshall released a statement saying “it is with deep sadness that I share with the people of South Australia, the passing of an iconic, once-in-a-generation artist who shaped the history of Australian film and Aboriginal Representation on screen”.

Premier Steven Marshall has paid tribute, saying the actor was a “once-in-a-generation artist who shaped the history of Australian film and Aboriginal representation on screen”. pic.twitter.com/aNJBPioENv

Dalaithngu was first noticed as an actor for his role in the 1971 film “Walkabout”. The film, directed by Nicolas Roeg, follows the story of two young white siblings who wander through the Australian outback following the death of their father. They meet the young and cheeky Dalaithngu who shows them how to survive, drawing water from the bed of the oasis and hunting kangaroos.

“Walkabout” is regarded as one of the earliest works of the Australian New Wave which saw a resurgence in the worldwide popularity of Australian cinema, particularly in the United States. David Dalaithngu became a forefront figure of this movement and went on to appear in many more films and television productions.

He played the lead role in the widely acclaimed “Storm Boy” (1976) and dominated “The Last Wave” (1977) with his performance as a tribal Indigenous man.

Premiered just earlier this year, Dalaithngu starred in his own biographical film, directed by Molly Renolds. The title of this film cannot be used at this time as it contains the actor’s name and his family has requested that he be referred to as Dalaithngu for the time being. But, the highly acclaimed movie celebrates the career of the actor as well as focussing on his life as an Indigenous Australian.

The 2021 film has re-opened a number of discussions around the representation of Indigenous Australians on-screen, sparking questions about how films might work to offer a mainstream platform for Indigenous voices to be heard by audiences globally, without appropriating Indigenous Australian culture.

From the very beginning of his career, Dalaithngu’s presence in Australian cinema has led to positive changes in the representation of Indigenous Australians on screen. His role in “Walkabout” (1971) contributed to the end of blackface being used in Australian films. Before Dalaithngu’s appearance on screen, it had been generally customary for white actors to play Indigenous characters.

And as Luke Buckmaster says in his review of the 2021 documentary film, Dalaithngu was like “a portal to a different way of thinking, a different way of being, even a different state of consciousness”. Buckmaster’s comment reflects upon the idea that Dalaithngu embodied the ideas and traditions of the world of Indigenous Australia, accurately empowering a minority voice in mainstream culture.

On one level, Dalaithngu represented his identity as a member of the Mandhalpingu clan of the Yolngu people. On another level, he represented the identities of all Indigenous Australians who had never seen themselves on screen. It speaks incredibly highly to Dalaithngu’s abilities as an actor that he was able to be a singular and powerful voice for Indigenous Australians in white-washed mainstream cinema without adopting the voice of the dominant culture.

However, that’s not to say that Dalaithngu’s position as one of the only Indigenous Australian actors in cinema was easy. He was continuously having to hover on a boundary between two highly distinctive and separate worlds; trying to live his Yolngu traditions whilst in a non-Indigenous space.

As the Australian Premier said in his statement, “he encountered racism and discrimination and lived with the pressures of the divide between his traditional lifestyle and his public profile.” Dalaithngu did at points in his career live the lifestyle of his Hollywood co-stars such as during his filming of Mad Dog Morgan in 1976 with Dannis Hopper and John Meillon.

Yet certainly on camera, Dalaithngu felt grounded in his cultural heritage. When filming “The Tracker” in 2002, the actor said he knew “how to walk across the land in front of a camera, because [he] belong[ed] there.”

In the 1976 classic, “Storm Boy ”, Dalaithngu describes the pelican Mr. Percival, delivering the line that “bird like him, never die”. The cinematic icon leaves behind him a great legacy as the man responsible for bringing Indigenous Australian culture to the masses.

Whilst Indigenous Australian cultural representation is still far from satisfactory today, Dalaithngu’s powerful performances began the continuing reshaping of Australian cinema in the hope that one day it will be inclusive of all Australian identities.

Editor’s Note: The opinions expressed here by Impakter.com columnists are their own, not those of Impakter.com. — In the Featured Photo: Dalaithngu featured in Storm Boy (1976). Featured Photo Credit: Screenshot from Story of the Pelicans clip (Storm Boy)

Iran Nuclear Talks Resume, but Is It Serious or Stalling?

What To Consider Before Going Vegan

Classical Music Is Back But Different: BBC Proms 2022, What To Expect

The Sustainability of NFTs

What To Consider Before Going Vegan