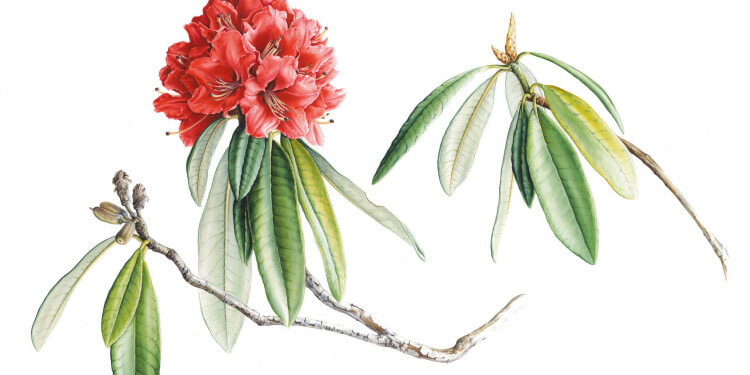 The language of diplomacy is shifting with the problems of our day. International actors are applying different methods of communicating, negotiating, and problem solving. Due to the growing impact of global warming in every corner of the world over the past few years — perhaps longer — we are debating questions regarding nature, environment and preservation of natural life more intensely.

In order to spread the word, governments, and especially civil society organisations, do a significant amount of work to raise awareness about environmental issues. Arts and culture are very efficient methods to raise awareness that could in turn bring up politically controversial questions. Cultural diplomacy, a supplementary branch of traditional diplomacy, refers to the art of building connections between societies by focusing on their artistic and cultural assets.

Cultural diplomacy is very much involved in political issues, and aims to reach long-term political gains for its actors. For this reason, cultural diplomacy can promote botanical art and artists, and such effective promotion could actively contribute to the global awareness about preserving the environment.

Botanical art is the art of depicting plants, flowers, and endangered species correctly both scientifically and botanically. This depiction is not necessarily complete, but botanical art places more emphasis on the aesthetic value of the plant.

Botanical painters’ main purpose is to reflect reality and be useful for scientists. Most botanical painters go out in nature in order to capture the essence of plants, and they follow specific patterns while doing this. Some painters open up exhibitions, some turn their work into prestigious books — for both scientists and enthusiasts to benefit from.

“As my own research in the field of cultural diplomacy progressed, I realised the significant potential botanical art and painting has for the future of our planet.”

Developing countries with suitable climates for botanical variety have much to offer on this issue. Turkey is one of these countries, with its natural and meteorological variety, which allows people to experience all fours seasons throughout the year.

A very successful botanical artist based in Turkey, Işık Güner, is a good example. I have been following Işık’s work on Instagram for quite some time, then as my own research in the field of cultural diplomacy progressed, I realised the significant potential botanical art and painting has for the future of our planet.

Işık Güner is an award-winning botanical artist, and she has passion for drawing and painting living plants from around the world. Her work is scientifically accurate, and she recently wrote a book on botanical illustration.

Many of us remain unaware of the threats that our environment and our planet face unless we see the reality of life that we are losing. When I thought about the fact that there are so many different endemic and endangered plants species within the borders of my hometown, I felt more people and organisations should have the same realisation.

Raised in İstanbul, the biggest city in Turkey, I did not think much about the natural life that surrounds the city. There are some green areas within and around İstanbul, but as a city of 18 million with much industry and urbanisation, I never truly realised the existence of another form of life in my city, until I saw an Instagram post by Işık. She depicted a small portion of green in the heart of the big city, and she was doing some research for her aforementioned book. Then I realised more people should be in the know that even a city like Istanbul is home to various plants of artistic and scientific significance, and we can lose some of them if we do not act soon.

“Art for the Environment: Seattle exhibitions exploring the natural world”

“Making the Crisis Connection: Global Security, the Environment and Climate”

This is where the discussion leads to cultural diplomacy. Actors of cultural diplomacy, including those based in Turkey, could include this issue in their agenda. Cultural diplomacy is a process of exchanging cultures between societies, and what better issue to address than nature, plants and our environment?

We already know that art can be a helpful way to make sense of sustainability. Art can help people visualize the actual state of our planet. Localising this issue as much as possible and collaborating with specific artists will help emphasize and promote the humane aspect of a huge metropolis such as Istanbul, and show that plants and botanical illustration is also a part of Istanbul’s culture. It would also raise both local and international awareness (with the help of cultural diplomacy actors in the country) about the importance of natural life in the country.

All in all, promoting botanical arts could help us realise what we will lose if we do not act for the environment soon. This is part of Işık’s work, and it is the exact point cultural organisations should focus on to create awareness.

Editor’s Note: The opinions expressed here by Impakter.com columnists are their own, not those of Impakter.com  — In the Featured Photo: Rhododendron arboreum — By: Işık Güner

Why Is Hezbollah Likely to Endure?

Firdevs Bulut is a PhD candidate at University College London (UCL), European Studies Department. Her research focuses on the concept of cultural diplomacy, its implementations by major cultural institutions in the UK and Germany, and its political connotations.

Why Is Hezbollah Likely to Endure?