Is Brazil “Greenwashing” Its Climate Record?

The country’s president Jair Bolsonaro describes Brazil as a “green powerhouse”, to the anger of climate activists 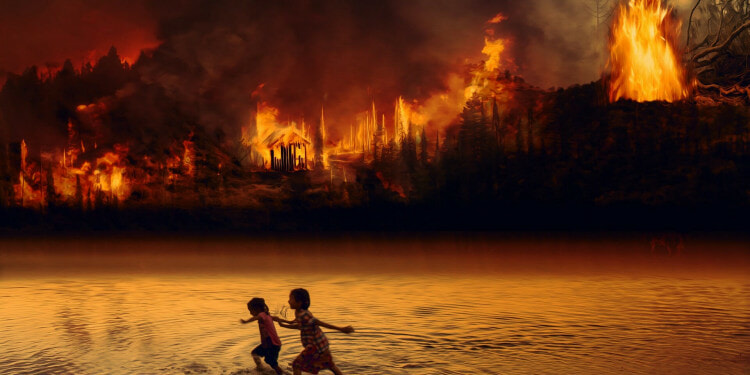 Brazil’s President, Jair Bolsonaro, described Brazil as a “green powerhouse” at a speech on Monday, while absent from the COP26 climate summit in Glasgow. He argued that Brazil “[had] always been part of the solution, not the problem” regarding the climate crisis.

The agriculture minister, Tereza Cristina Corrêa da Costa Dias, and the environment minister, Joaquim Alvaro Pereira Leite, also stated that Brazil is “a longtime champion of the environmental agenda and an agrifood powerhouse”.

Brazil was among the signatories of a COP26 pledge to end deforestation by 2030 on Tuesday. Brazil in recent years has seen large areas of the Amazon rainforest cut down. The pledge commits nearly $19.2bn in funds towards this goal.

The country also committed to cutting emissions by 43 percent to 50 percent by 2030, although it is not clear to what year they will measure this emission cut against.

Bolsonaro elaborated on the country’s climate policy, stating: “we will favour actions and projects for forest conservation, rational use of natural resources, mitigation of greenhouse gases emissions and, mostly, the creation of ‘green jobs’.

“The results already achieved by our country until 2020 demonstrate that we can further raise our ambition.”

Despite Bolsonaro’s words, and the country’s pledges at COP, not everyone is convinced. Defenders of the Amazon forest believe that the president and his government are trying to “greenwash” their climate record.

The Amazon rainforest is one of, if not the largest forest in the world. At 10 million years old, it is home to some 390bn trees, a huge amount of flora and megafauna, as well as thousands of different indigenous groups. It is also contained largely within Brazil.

The Amazon plays a crucial role in our fight against climate change. The vast forest acts as a “carbon sink”, that takes in carbon dioxide in the atmosphere, and through the process of photosynthesis that plants use to create energy, releases huge amounts of oxygen back into the atmosphere. These sinks have absorbed around 25% of carbon emissions since the 1960s.

Suely Vaz, a former head of the environment regulator Ibama, and now working for the Climate Observatory, told the Guardian that “nowadays, Brazil has an anti-environmental policy. They are paralysing everything. Deforestation and forest fires are out of control.”

Related Articles: The Battle for the Amazon Rainforest: Are the “Lungs of the Earth” Collapsing? | Bolsonaro’s Proposed Ferrograo Railway Threatens the Amazon | 10 Major Companies Responsible for Deforestation

Rates of deforestation in Brazil were decreasing between 2004 and 2012, but since Bolsonaro has taken power, they have risen once again. This deforestation is mainly driven by either logging or desires to replace forest with land for agriculture, some of this agriculture being land for cattle, which produces the greenhouse gas methane.

A report earlier this year also indicates that regions of the Amazon are no longer able to act as carbon sinks, due to the impact of climate change and deforestation. The possibility of the entire rainforest no longer being a carbon sink is extremely concerning.

The deforestation pledge signed at COP raises its own questions, given that a similar pledge was made in 2014 and reforestation has increased since then. Critics of Bolsonaro cite his support for agri-business (note the previous mention of agricultural involvement in the rainforest), weakening environmental licensing and illegal deforestation amnesties contributed to this increase in deforestation.

Also to note is the Bolsonaro government’s plans to construct a 1,000km railway through the heart of the rainforest, which by itself would require large swathes of forest to be cut down, but construction projects are also planned around the line as well. This is all in the name of increasing the competitiveness of Brazil’s soybean production.

While the country has reduced its total emissions and emissions per capita slightly since its peak in 2014, Climate Action Tracker still rates the country’s climate goals as “highly insufficient.” This is because while Brazil is pledging to cut emissions by 2030, it has changed its baseline to measure these emission cuts off of, which makes them a lot easier to meet. In doing so, Brazil’s emissions look set to increase in the next decade. In fact, if all countries were to follow the country’s plans for emissions, we could see warming of over 3 degrees.

The verdict – coming up alarmingly short

Looking at the evidence, the verdict seems pretty clear on Brazil’s record: it’s far from good, and under the Bolsonaro presidency, has significantly worsened. Granted, most countries, especially the world’s wealthiest, are to blame for polluting the planet and damaging ecosystems. And, as research suggests, many pre-COP26 pledges are far from sufficient. The challenge of keeping the Amazon alive in the face of deforestation and climate change is not an easy task.

But Brazil is in a unique position because the largest carbon sink, and one of the most biodiverse places on the planet, sits largely within its borders. For real climate action, the government needs to be honest about their record, listen to campaigners and indigenous activists, in order to implement radical, positive climate action.

Madagascar on the Threshold of First Climate-Induced Famine

Get To Know Sustainable Mom and Influencer, Gabrielle Koster

Get To Know Sustainable Mom and Influencer, Gabrielle Koster