Building Peace and Adapting to Climate Change in Somalia 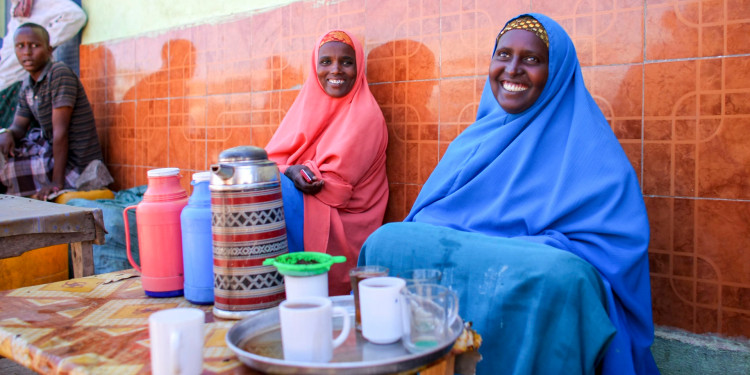 The scale of the humanitarian crisis in Somalia is immense. It has also been described as the most vulnerable country in the world to climate change. There is growing recognition that it must start adaptation planning now to protect and enhance the peace gains that have been made.

For most Somalis, 2020 was an exceptionally hard year. A brutal, decade-long drought. A devastating pandemic. Flash floods. A catastrophic cyclone and even swarms of desert locusts. These near-biblical challenges happened against a backdrop of continued instability.

It has been 30 years since the government of dictator Siad Barre collapsed, plunging Somalia into a civil war from which it has yet to recover. The political landscape remains fragmented, and, while a fragile peace reigns, the federal government and autonomous regional authorities continue to struggle with coordination, weak institutions, funding shortfalls, and low capacities.

Some parts of the country are peaceful; others remain under the control of armed groups, outside of government influence. The cumulative impacts of a changing climate and instability, along with the poverty both have wrought, have put nearly six million people—two-thirds of them children—in danger of severe food shortages, and international appeals for help have thus far come up short.

The scale of the humanitarian crisis in Somalia is immense, and within such a context, it can be difficult to make the case that precious time and resources should be put into plans for adapting to future climate risks. However, there is growing recognition that this must happen to protect and enhance the peace gains that have been made.

Related Articles: Desert Locusts Unleash Mayhem in the Horn of Africa  | The Impact of Conflict on Climate Change Adaptation in Yemen

Somalia has been described as the most vulnerable country in the world to climate change. This vulnerability is complex, differentiated, and multi-dimensional. It is a function of several factors, including high exposure to climate risks, continued instability, weak governance, gender inequality, and widespread poverty. And many of the drivers of climate vulnerability are also root causes of insecurity.

Somalia is not alone in struggling with converging crises; several other countries are also trying to navigate how to implement effective adaptation actions in contexts defined by or having emerged from violence. In this spirit, the National Adaptation Planning (NAP) Global Network convened a virtual peer learning event for representatives from Somalia, Nigeria, and Sierra Leone to share perspectives, experiences, and lessons learned on adaptation planning in the face of very challenging contexts.

Somalia is not alone in struggling with converging crises; several other countries are also trying to adapt to climate change in contexts defined by violence.

For Sierra Leone, nearly 20 years into a peacebuilding process, the threat of violence has passed. But in the intervening years, constant challenges associated with funding shortfalls and weakened institutional capacities have hampered—though not halted—efforts to build climate resilience. In Nigeria, the government continues to contend with regional instability and violent extremists in the arid north, with the conflict undermining local and national efforts to adapt.

Rich exchanges among the participants during the three virtual sessions quickly showed that many of the challenges associated with aligning adaptation and peacebuilding are shared across borders, and opportunities exist for bringing these agendas together. Participants also agreed that a conflict-sensitive, gender-responsive NAP process was a key means for doing so.

The government of Somalia understands that climate adaptation will be crucial to lasting peace, and adaptation actions must be “integrated within the process of dealing with crises and addressing governance challenges to contribute to greater stability.”

Alignment of the country’s adaptation and peacebuilding agendas makes sense, as both look beyond immediate needs to future resilience and development; seek to address shared drivers of vulnerability; and are built on a platform of dialogue and cooperation. As with Sustainable Development Goals 13 (Climate Action) and 16 (Peace, Justice and Strong Institutions), action on one supports achievement on the other.

The government of Somalia understands that climate adaptation will be crucial to lasting peace.

For Somalia, there is a reason for hope. Mogadishu is once again a growing, vibrant city of over 2 million, and despite a recent terrorist attack, the peace is holding. The federal government is stable. Vaccine distribution is starting, albeit slowly. And readiness funding has been secured from the Green Climate Fund to kick off the country’s NAP process, a first step of which will be working with the United Nations Development Programme on a much-needed and comprehensive vulnerability assessment.

The NAP Global Network is also happy to be partnering with the government in the development of a NAP Framework that will lay out the state’s vision, approach, and guiding principles for adaptation planning.

These are, of course, just small, tentative steps toward lasting peace and resilience. Much more support will be needed from the international community to provide the funding, technical support, and capacity building required to turn adaptation plans into actions and to ensure that these actions complement and amplify peacebuilding activities. Hopefully, that support will come, and Somalis can continue along the path to brighter and more resilient days ahead.

About the author: Alec Crawford is a Senior Policy Advisor and Lead, ECP with both IISD’s Resilience and Economic Law and Policy programs.

EDITOR’S NOTE: The opinions expressed here by Impakter.com columnists are their own, not those of Impakter.com.— In the Featured Photo: Women sell tea in Buur-Hakba, Somalia. Featured Photo Credit: UN Photo / Stuart Price