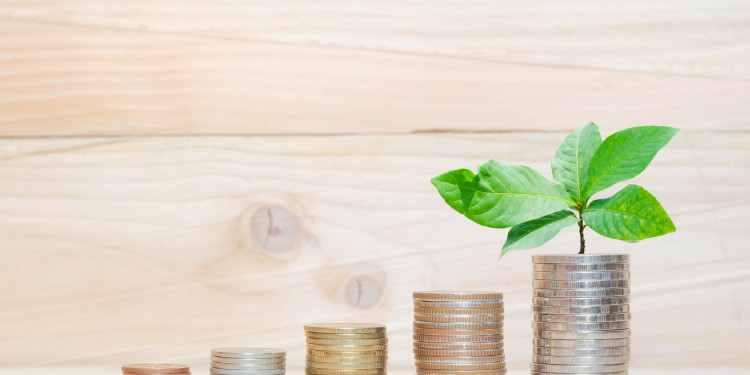 Canada’s public pension funds have a lot of work to do when it comes to protecting Canadians’ retirement savings from the financial risks of climate change. Despite their reputation for good governance and strong returns, they continue to invest billions in high-risk fossil fuels and have largely neglected to align their portfolios with a safe climate future.

Two recent authoritative reports illustrate the devastating scale of the climate emergency. The International Energy Agency (IEA) concluded that achieving the Paris Agreement goal of limiting global heating to 1.5℃ requires no new investment in fossil fuel supply and rapid declines in the use of coal, oil and gas starting immediately. Meanwhile, the Intergovernmental Panel on Climate Change (IPCC) warns of a “code red for humanity”, with worsening and cascading climate disruption already destabilizing our ecosystems and economies. The United Nations called the IPCC report a “death knell for fossil fuels” that demands an immediate and rapid transformation away from coal, oil and gas.

Despite these dire warnings, Canada’s 10 largest pension funds continue to pursue a pathway toward catastrophic and irreversible climate change and put the savings of millions of Canadians at risk. With nearly CA$2 trillion in assets under management, how these pensions decide to invest their funds is a major factor in how quickly Canada and the world can achieve the 1.5℃ target.

First, credit where credit is due. There are some encouraging signs that Canada’s pension managers are waking up to the unprecedented risks of climate change.

Canada’s pension giants have acknowledged climate change is a material risk, hired climate experts, and are measuring the carbon footprint of their portfolios. They’re starting to recognize the financial opportunity in climate solutions, ramping up investments in renewable energy, clean technology and sustainable agriculture.

Some of Canada’s largest pensions have begun setting targets. The Ontario Municipal Employees Retirement System (OMERS) aims to reduce the carbon intensity of its portfolio by 20% below 2019 levels by 2025. The British Columbia Investment Management Corporation (BCI) pledged to invest $5 billion in “sustainability bonds” by 2025 and reduce its public equities portfolio’s carbon exposure by 30% below 2019 levels. The Caisse de dépôt et placement du Québec (CDPQ) became the first Canadian pension fund to set a net-zero target in 2019, increased its low-carbon investments by 80% between 2017 and 2020, and reduced its portfolio carbon intensity by 38% five years ahead of schedule. And the Ontario Teachers’ Pension Plan (OTPP) committed to net-zero emissions by 2050 and recently pledged to reduce portfolio emissions intensity by 45% below 2019 levels by 2025 and 67% by 2030.

Local leaders across the West of England oppose the expansion of Bristol Airport, 100% owned by the Ontario Teachers' Pension Plan. Why is OTPP trying to expand risky high-carbon infrastructure despite its own carbon reduction targets? #onpoli #cdnpoli https://t.co/eKZw05OQpi

These are all encouraging moves, but none of Canada’s pension funds have gone far enough to protect their portfolios from the financial risks of climate change while working to ensure that their members retire onto a livable planet.

Without clear, transparent and ambitious targets and timelines for decarbonizing their holdings in line with a 1.5℃ pathway, including detailed plans to align their portfolios with the required rapid transition away from fossil fuels, efforts to protect member retirement savings in a carbon-constrained future fall short of fiduciary duty and climate safety.

Short- and long-term planning is required. OMERS’ and BCI’s 2025 emissions intensity targets are trivial without a long-term framework to decarbonize their entire portfolios in under three decades. The OTPP’s targets don’t address how its large and growing fossil pipeline assets are aligned with its net-zero commitment. Most other Canadian funds have refused to establish targets of any kind.

Since the Paris Agreement was signed, the Canada Pension Plan (CPP) increased its shares in fossil fuel companies by 7.7%. In 2019, AIMCo bought a 65% stake in TC Energy’s Coastal GasLink pipeline, in the face of unwavering Indigenous opposition and growing market uncertainty. Last year, OPTrust announced that it’s financing the construction of a new fossil gas plant in Alberta. And in recent years, five of Canada’s largest pension funds increased their holdings in oil sands companies, all of whom are intent on increasing production of long-lived, high-cost, high-carbon oil.

These are not the actions of climate leaders, and they are out of step with Canada’s own highly insufficient climate targets. With the IEA and IPCC making it clear that a 1.5℃ pathway requires no new fossil fuel expansion, these are all examples of risky investments in climate failure.

Pension funds around the world are already setting a higher bar. Investors with over US$15 trillion in assets, including over 100 global financial institutions, have pledged to partially or fully divest from fossil fuels. The U.S.’s third-largest pension fund is ending investments in fossil fuels by 2025. In the U.K., pension giant NEST committed to phase out investments in thermal coal, oil sands and Arctic drilling, and decarbonize its portfolio by 2050. Swedish pension AP1 is moving beyond a fossil fuel screen and launching a climate impact fund designed to drive down absolute emissions in the real economy.

To be taken seriously on climate, Canadian pension funds must align their investment strategies with climate safety. That means ending new investments in fossil fuel expansion, phasing out current oil, gas, coal and pipeline investments by 2025, and establishing a plan to decarbonize their portfolios by 2040. Canada’s pensions should ramp up their investments in climate solutions and develop a robust engagement policy that requires polluters to align their business models with the Paris Agreement.

So far, Canada’s largest pension funds have failed to commit to do what is necessary to avoid catastrophic global heating. To protect our pensions and the planet, they’ll need to move faster and more aggressively to decarbonize their portfolios and the real economy.

Patrick DeRochie is senior manager at Shift Action for Pension Wealth and Planet Health, a charitable project that tracks the investments and climate policies of Canadian pension funds and mobilizes beneficiaries to engage their fund managers on the climate crisis.