The Changing Landscape Of Classical Music 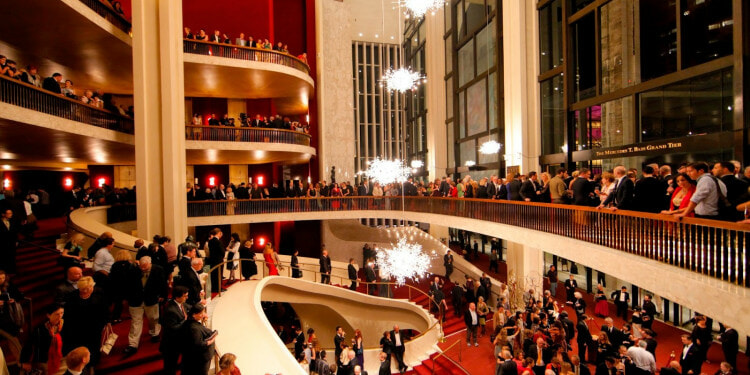 The Met Opera will gather in May 2017 to celebrate the 50th anniversary of its residency at the Lincoln Centre. As the 2016-2017 season opens, change is in the air and with good reason:ticket sales have, unfortunately,  been lagging for quite some time now.  Perhaps the biggest and most exciting change, is the announcement that Yannick Nézet-Séguin will become the company’s next musical director, a role only held by two others before him. James Levine, the current musical director, will become the first ever Music Director Emeritus and, starting from the 2017-2018 season, Nézet-Séguin will act as Music Director Designate, before fully taking the reins in 2020-2021. In his interim role, the Music Director Designate will conduct two operas and will immediately begin weighing in on the company’s artistic planning. 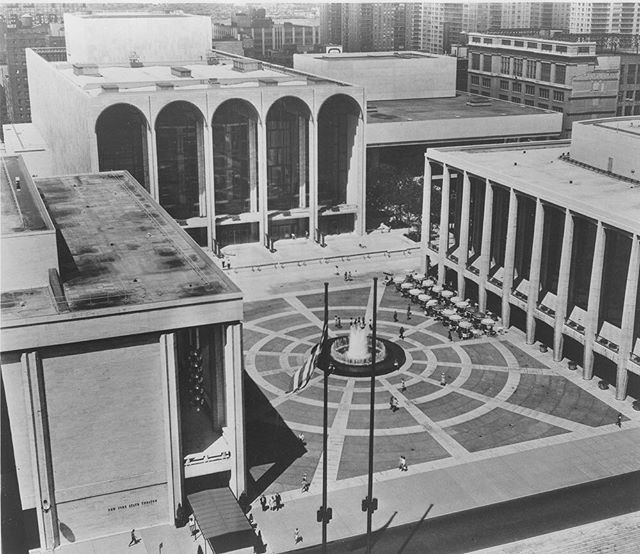 Levine has been musical director for four decades, so there are big shoes for Nézet-Séguin to fill. Levine has led over 2000 performances, and as Alex Ross at the New Yorker points out, no one under 50 will be able to recall anyone else being at the helm of the Met. There is an intrinsic connection between Levine and the Met, however: his reign has not been free from criticism. One of the most pertinent being his reluctance to cultivate contemporary opera.

From watching both Levine and Nézet-Séguin it is immediately apparent the devotion, passion and energy that both men exude for their profession, yet, Nézet-Séguin seems to carry a rather different energy. Aged 41 years old, the French Canadian conductor has been the eighth Music Director of the Philadelphia Orchestra since the 2012-2013 season, something which will continue alongside his work with the Met. His career began with a focus on choral music and then shifted in an almost unheard of way to symphony. He never conducts an opera without wearing his lucky superhero underwear and drinks gatorade in the wings to stay energised. Perhaps the biggest difference between him and his predecessor is his media-savvy image, he is known for his topless facebook profile pictures and selfies, just part of the way in which he has crafted a well-liked image of himself.

But is there a real depth to this difference when it comes to the music? As mentioned before, one of the things Levine was criticised for was his reluctance to contemporise the Met’s repertoire. Despite the efforts of Peter Gelb, the General Manager, to modernise the Met, it has still only had eight world premieres since 1950. Nézet-Séguin is not well praised in this regard either, and his artistic identity has been described by the Times as “vague” where it was also pointed out that his work thus far with the Met has been within the confines of its standard repertoire. Nonetheless, the ability to create a well-liked persona is a skill that has proved crucial before. When Nézet-Séguin took over at the Philadelphia Orchestra it was going through a difficult financial time. Nézet-Séguin was praised for his optimistic nature which allowed him to shine on the donor circuit, pulling the orchestra back out of the red.  As the Met  addresses its own financial worries, this skill may prove crucial once again.

Nézet-Séguin is not the only change, even though the Met avoided mass advertising campaigns for more than 30 years, since 2006 it began to embrace them. From 2006, they stepped out of their comfort zone and targeted users of the New York subway. This was the brainchild of Gelb who seeks to demystify opera and fill seats with a new audience.

The Met is trying to create a new image too, not only to increase ticket sales but, more importantly, to bring opera back into the fore of modern culture. Inspiring tactics such as live transmissions to Times Square and cinemas, open rehearsals and live radio broadcasts but the fact of the matter is that not just the Met but any opera will struggle against a reality where their audience is not getting any younger. The challenge here is to make themselves relevant again, to make a new generation fall in love with opera. While there are often ticket schemes which make opera more affordable for younger people, such as students, the struggle is real. We are rarely taught about classical music to the same extent as literature and drama at school. Perhaps this lack of exposure is part of the problem. Of course, there are young people who appreciate classical music, who listen to it, who want to play it professionally – these people exist, but their passion rarely makes it into the mainstream. The Met is trying to change this trend, providing open houses for children, working with schools and creating a student’s programme. It is a matter of concern that the efforts of the Met will be unable to make a difference until this changes.

Related Article: “PAUL CANTOR: SOUND, LIFE AND FINDING YOURSELF IN BETWEEN“

Critics point out that another problem faced by the Met is the way in which the media responds to it. Opera no longer makes big news like in the days of Pavarotti, which means chance exposures to the art form are becoming rarer. What’s more, newbies to the opera may feel overwhelmed when it comes to choosing shows because mainstream media doesn’t provide them with as much information as before about up and coming stars. While people who love the opera will still book for the known greats, there is now a difficulty in identifying up and coming talent, and therefore, the making of new greats is becoming ever more difficult.

On the other hand, there are signs that the cultural tide is starting to shift. Nézet-Séguin’s new role at the Met was far from ignored by the media and Amazon have produced a TV series set in a New York orchestra.  The series was met with positive critical reactions and was renewed for a third season. The plot highlights a different side to the stereotype of classical music – one focusing on love, sex, drugs and above all excitement and the drama that it brings. These things could indicate that the perceptions around classical music are changing.

Despite the Met’s efforts so far, in order to capture the attention of a new audience it must not give up but instead increase its daring. All we can do now is hope that it uses the attention garnered by its new Musical Director in order to bring fresh eyes and ears.

EDITOR’S NOTE: THE OPINIONS EXPRESSED HERE BY IMPAKTER.COM COLUMNISTS ARE THEIR OWN, NOT THOSE OF IMPAKTER.COM. FEATURE PHOTO CREDIT: Ken Howard/Metropolitan Opera

Reflections on an Impending Trump Presidency

Rebecca studied for her BA in French Studies at The University of London Institute in Paris, before moving to London in order to study for an MA in Gender Studies at SOAS, University of London. She is a contributor to Hysteria, Good Sister Bad Sister and Books Ireland. Her research interests are cultural modes of resistance, feminism and she has a deep love for the works of Jacques Rancière.

Reflections on an Impending Trump Presidency