The French government unveils a €14 million plan to tackle the issue of child prostitution, but worldwide efforts must be done to mitigate this threat to children 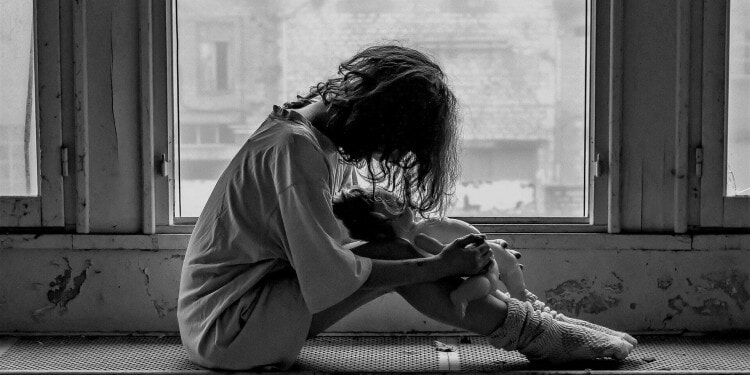 Child prostitution in France took on the headlines this week after the Secretary of State, Adrien Taquet, told a press conference that at least 7,000 to 10,000 children were affected by this growing phenomenon. It is believed that in five years, the number of victims of child prostitution in the French territory has increased by 70%.

Taquet emphasised in a statement that whilst most of the victims usually pertains to the 16-17 age cohort, “half of them – mostly girls, but also boys – enter[ed] prostitution at 14.” This comes as a surprise, as research focusing on Euro-American countries have associated child prostitution with much older children.

The victims were said to belong to all social backgrounds, but affected minors were found to have shared similar problems, often having been victims of or confronted with violence, particularly within the family.

The French Government has unveiled the first national action plan to counter the growing phenomena of child prostitution, worth €14 million. It will be deployed throughout 2021 and 2022 and consists of four pillars of actions:

The government hopes to focus on raising awareness within school, as well as providing professional training to all teachers, educational community, social workers, and police forces.

The main aim of this program is to provide every person that is in frequent contact with children, the adequate training to spot “faint signals” that a young person is in the process of falling into prostitution, including changes in behaviour, dropping out of school, isolation, or running away.

The clandestine nature of child prostitution and child sex trafficking

The topic of child prostitution and child sex trafficking is not often spoken about within the news cycle due to the secret and clandestine nature of the crime. Any sort of knowledge on actual statistics is extremely difficult to obtain, causing many governments to ignore, or failing to implement appropriate mechanisms to deal with this phenomenon.

Research dating back from 2002 found that an estimated one million children were forced into prostitution worldwide each year, with the total number in 2002 believed to be as high as 10 million. The figure is considered to be much higher today, and thus is, of course, a cause for concern.

Several social, cultural, and economic factors may drive a child to fall victim to child prostitution. The most common causes are due to gender bias, discrimination, poor education, and poverty. A particular study, showed below, focused on 12 countries to demonstrate the relationship between low GDP and higher rates of children involved in prostitution. The correlation is stark.

Several experts and activists have rightly pointed out that a child does not choose to engage in prostitution, and that she/he is forced by circumstances, values, social norms, or abusive people. The statement made by Taquet makes an additional observation: Initially, when first approached by pimps, children did not consider themselves as victims, and trivialised their behaviour.

These testimonies are within French territory only. Yet, they demonstrate an important development in understanding the ways in which child prostitution may manifest itself in Europe and worldwide.

Related Articles: Trafficking in human beings: A global crime to eradicate | Extreme Poverty Is on the Rise for the First Time in Two Decades according to UN

Governments around the world must, thus, include adequate response mechanisms within their policy in order to have sufficient training in finding the “faint signals” that a child may be victim of child prostitution.

This is not just a French problem, but a global issue.

How social media is a rising contributor of this phenomena

Social media platforms have become riddled with predators hoping to use the vulnerability of children. They observe signs that a child may be in desperate need, or already in phases of vulnerability, to groom them and incite them towards child prostitution.

The 2020 Federal Human Trafficking Report, published by the Human Trafficking Institute, found that 65% of child victims in the U.S. were recruited on social media were recruited through Facebook. This is considerably higher than their adult counterparts. Instagram and Snapchat follow as the most frequently cited platforms to recruit child victims.

Social media platforms have a part to play in safeguarding children from this threat.

The news in France comes just a few weeks after Frances Haugen testified that Facebook deliberately hid information about the dangers of its product for greater profit. One particular research undertaken by Facebook and exposed by Haugen, found that the mental health harms Instagram creates make kids more susceptible to grooming, sexual exploitation, sex trafficking, and sexual extortion.

The signed text acknowledged that “in the digital environment, children can come across harmful and violent content and manipulation of information,” and listed “threats amplified by technology” which included, sexual abuse, prostitution, human trafficking, and sexual and gender-based violence.

This is one important first step, but more must be done by governments around the world and internet giants to combat this phenomenon and protect children from the harmful doings of social media.

Child prostitution is a gross violation of children’s rights and dignity, and they have the right to be protected from prostitution under the UN Convention on the Rights of the Child.

The Road To Net Zero: A Guide To The Carbon Offset Ecosystem