China and Russia: Why They Want Good Relations With the Taliban 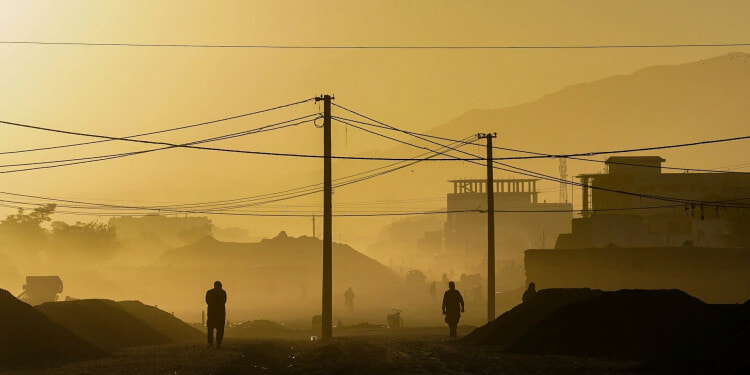 Now that the U.S. has pulled out of Afghanistan and the Taliban are in control, China and Russia have been establishing relations with the new leaders. Russia wants to ensure that the instability in Afghanistan does not spill over into Central Asia, part of the former Soviet Union it regards as its own backyard, and that it does not become a launchpad for other extreme Islamist groups. To avoid this, Russia appears to be publicly acknowledging the Taliban as the leaders of Afghanistan and saying that Moscow’s long campaign to build ties with the Taliban appeared now to be paying off.

China has been in talks with Taliban leaders seemingly with the intent to establish stability through economic means. In recent years, China has been criticized by the international community for the harsh crackdown on Muslims driven by the party’s fear that adherence to the Muslim faith could turn into religious extremism and open defiance of its rule. Today, officials in Beijing worry that extremists could use Afghanistan to regroup on China’s flank and sow violence around the region, even as the Taliban look to deep-pocketed countries like China for aid and investment.

The American military withdrawal could also open up the possibility for the United States to direct its planning and matériel toward countering Chinese power across Asia. President Biden stated after the pullout from Afghanistan that the war had for too long distracted the country from larger geopolitical priorities. “Our true strategic competitors China and Russia would love nothing more than the United States to continue to funnel billions of dollars in resources and attention into stabilizing Afghanistan indefinitely.”

For China, establishing relations with the Taliban in Afghanistan seems to be both an economic and regional move to obtain stability through economic means. China shares a small border with Afghanistan and does not want turmoil spilling over its borders.

Also, and this is an important factor that comes into play, Afghanistan is rich in precious minerals. Minerals and rare earth metals in Afghanistan were estimated to be worth between $1 trillion and $3 trillion in 2020.

These rare minerals and metals are needed for manufacturing electronic products vital to China’s economy and are constantly growing in demand. The demand for these minerals is a major reason for much of China’s activity in African nations rich with these resources. China has been doing this systematically through its Belt and Road Initiative (BRI), advancing its geopolitical interests and obtaining minerals in exchange for building up infrastructure. The Belt and Road Initiative (BRI), launched in 2013 by Chinese president Xi Jinping, includes hundreds of infrastructure projects financed and constructed in part or in whole by Chinese entities in lands far beyond China’s borders. Projects include ports, airports, rail lines, utilities, industrial centers, highways, and even entire new cities and urban sectors. China is very likely to make similar offers to the Taliban.

Only hours after the Taliban overran Afghanistan, a Chinese foreign ministry spokeswoman said Beijing was ready for “friendly cooperation with Afghanistan.”

A day later, China was even more explicit. “On the basis of fully respecting the sovereignty of Afghanistan and the will of all factions in the country, China has maintained contact and communication with the Afghan Taliban and played a constructive role in promoting the political settlement of the Afghan issue,” said spokeswoman Hua Chunying at a press conference on Monday. According to Hua, the Taliban said “on multiple occasions” that it “looks forward to China’s participation in Afghanistan’s reconstruction and development.” “We are ready to continue to develop good-neighborliness and friendly cooperation with Afghanistan and play a constructive role in Afghanistan’s peace and reconstruction,” Hua said.

For the U.S., the original reason for having a military presence in Afghanistan was for preventing radical Islamic terrorism after 9/11. This is still the same concern for China and Russia now. Moreover, now that the U.S. has left Afghanistan, Russia and China, already strong allies – China is a major purchaser of Russia’s gas and oil -, appear to have constituted an alliance to establish good relations with the Taliban.

However, radical Islamic terrorism remains a major concern for both. Now that the U.S. is gone, they may feel that it is necessary for their own security to monitor terrorist activities more closely. Therefore, they cannot afford to ignore the change in leadership in Afghanistan, since the country is literally on their doorsteps.

China and Russia may want to appear on the world stage as having good relations with Afghanistan. But they may well fall in the same trap as the United States – and as Biden has argued. Afghanistan could well turn out to be a real burden for Russia and China and a distraction from their own goals and agendas. Historically, Afghanistan has turned out to be a disaster for every country that has gotten deeply involved with it, starting with the British in colonial times and onward, with the Soviet Union and finally the United States. Could it be the turn of Russia and China?