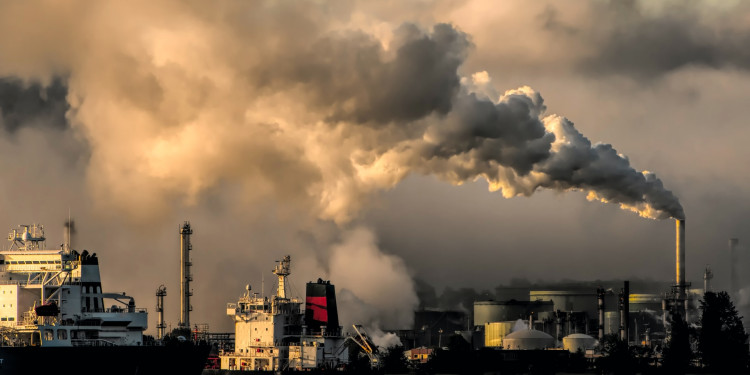 As the month of February began, news of a new investor-state arbitration targeting a recent Dutch climate law brought back to the fore one of the Energy Charter Treaty’s (ECT) biggest problems: the prospect that foreign investors can use the treaty to target climate-focused regulations and legislation. The arbitration request comes just weeks before ECT negotiators prepare to reconvene online for their next round of “modernization” talks.

The request for arbitration was submitted by RWE, a coal power company headquartered in Germany, against the Dutch government. It cites the lack of compensation for the “disruption” caused by the country’s 2019 law requiring the phase-out of coal power by 2030.

The company says that the move will lead to hefty losses, making a coal-power plant that is built in the Netherlands six years ago unable to turn a profit from 2030 onward. Dutch officials, for their part, say that companies like RWE have a decade to adapt their power plant accordingly.

The RWE case itself has provided yet another reminder of one of the ECT’s core drafting flaws: that, in its current form, it provides legal protection to nearly all types of energy investments, regardless of their environmental and climate impacts. Combined with many of the ECT’s other provisions, such as its clause on fair and equitable treatment, the treaty has the potential to levy a harsh blow to governments seeking to move toward carbon neutrality.

The treaty’s contracting parties are currently debating what “economic activities” should benefit from investment protection under a modernized EC—and whether to exclude certain types of economic activities, such as those that relate to coal, natural gas, petroleum, and petroleum products.

The existing ECT text defines economic activities as those “concerning the exploration, extraction, refining, production, storage, land transport, transmission, distribution, trade, marketing, or sale of Energy Materials and Products except those included in Annex NI, or concerning the distribution of heat to multiple premises.”

The energy materials and products featured in the above-mentioned annex are “oils and other products of the distillation of high-temperature coal tar” and some other “similar” products, along with wood charcoal, fuelwood, and wood waste. Aside from those exclusions, the scope of the terms “economic activity” and “energy materials and products” is currently left wide open.

In practice, this has meant that foreign investors can pursue arbitration against states that take measures to phase out their coal-fired or petroleum-fuelled plants, as the RWE case demonstrates. This has fuelled concern that the ECT will be a deterrent to governments seeking to develop increasingly robust regulations and laws to support climate action.

For example, the Netherlands, along with the European Union’s (EU) other member states, updated its climate law two years ago to bring it in line with the bloc’s climate and energy framework for the year 2030, which sets out the target of slashing greenhouse gas emissions by 40% from 1990 levels from this year to the end of the decade.

This EU-wide objective could increase significantly in ambition, pending the results of negotiations among the EU institutions for a Green New Deal and a new 2030 Climate Target Plan. This means that that Dutch legislators and their counterparts in other EU member states may soon be looking at further climate regulations or laws. The European Commission (EC) has proposed that its 40% target be upgraded to 55%, arguing that doing so will put the 27-member union in a better position to become carbon-neutral by mid-century.

These legislative and regulatory efforts are key components for the EU’s Nationally Determined Contribution (NDC) under the United Nations’ Paris Agreement, which sets out how governments will work to slash greenhouse gas emissions. These NDCs are also meant to become more ambitious over time to meet the Paris Agreement’s objective of limiting global temperature increases to 1.5°C above pre-industrial levels.

Sources familiar with the ECT talks note that, within the EU itself, there has been an intense debate underway among the bloc’s member states over whether to pursue an even more ambitious approach to how to define the term “economic activities,” relative to what the EC is currently considering.

Many EU parliamentarians have indicated that they would not support an ECT that protects fossil fuel investments.

Under discussion has been how to phrase the exclusion of the treaty’s application to particular fossil fuel investments. Various options on the table consider the length of time for phasing out protection for certain plants that produce electricity from both renewable and fossil fuel sources, so long as the plants meet certain limits on the level of carbon dioxide produced relative to the fossil fuel inputs. These discussions have reportedly not led to a consensus outcome, leaving the EC’s negotiating position unchanged.

This debate has also spilt over into the public domain. Claude Turmes, Luxembourg’s Energy Minister, sent a letter on Feb. 5 to EU Executive Vice President Frans Timmermans and European Commissioner for Energy Kadri Simson urging the bloc to take a stronger collective stance on ending the ECT’s protection of fossil fuel investments. He warned that failure to do so could have devastating implications for national policy space when it comes to taking ambitious climate action.

“Any exception or attempt to slow down to the termination of fossil fuels investment protection under the ECT will limit EU governments to take decisions in the direction of energy transition and reduction of CO2 emissions (and in the same time, the right to define their own energy mix),” said Turmes, according to a copy of the letter published by Euractiv.

On Feb. 13, Teresa Ribera, Spain’s Vice President and Minister for the Ecological Transition and the Demographic Challenge, shared on Twitter that Madrid is ready to abandon the ECT, should the modernized version not align with the UN’s Paris Agreement. This sentiment has been expressed directly to the EC, she confirmed.

Should the modernized ECT not be well suited to climate action, withdrawal is a position that has been publicly supported by many EU parliamentarians, many of whom have separately indicated that they would not support an ECT that protects fossil fuel investments.

Under the ECT’s current language, should a state withdraw, then the treaty’s provisions will continue to apply to investments made before withdrawal for a 20-year period. Experts such as Tania Voon have noted that termination by multiple parties, including an agreement that drastically shortens that survival clause, could be a viable alternative.

Negotiations to modernize the ECT formally kicked off in December 2019, with three rounds held to date and a fourth planned for Mar. 2–5, 2021. Subsequent negotiating rounds are currently slated for June, July, September, and November.

While a December 2020 progress report on the negotiations provides brief updates on each overarching topic under consideration, public details on the content of negotiating proposals remain scant. The EU has made its own ECT proposal public, but this is the exception rather than the rule among the ECT contracting parties. The information currently available from the Energy Charter Conference gives a very limited window into some of the textual haggling that is already underway.

Media reports indicate that the real horse-trading will take place throughout 2021, making this year the one to watch. Some of the negotiating fault lines are already becoming apparent, as shown by the EU’s own internal deliberations over how to approach the topic of economic activities with the other contracting parties. Before the formal negotiations kicked off, Japan indicated that it did not see a need for changing the existing ECT text at all, though it has set out where the treaty could be revised should modernization efforts move forward.

As negotiators prepare to reconvene over Zoom in early March, they should consider how this modernized agreement will stack up against the Paris Agreement, along with some of the legal options that have been proposed in response. For example, the Treaty on Sustainable Investment for Climate Change Adaptation and Mitigation, an IISD-led project that was one of the winners of the Stockholm Treaty Lab’s 2018 prize, would give states a legal framework for encouraging “sustainable investments” and for eliminating and phasing out “unsustainable investments.” It would have them submit schedules listing what investments they consider to qualify under each category.

Over 25 years since the ECT took effect in the aftermath of the Cold War, the scope and scale of the climate challenge have become far more visible, as has the treaty’s many failings. A modernized ECT must rectify these flaws; otherwise, contracting parties must be ready to walk away from the accord entirely.

This article builds on IISD’s previous work and reporting on ECT and represents the first instalment in IISD’s new ECT Watch series, where we track the developments in ECT negotiations and unpack what they mean for sustainable development and climate change.

About the authors: Sofia Baliño is the Communications and Editorial Manager for IISD’s Economic Law and Policy program.

EDITOR’S NOTE: The opinions expressed here by Impakter.com columnists are their own, not those of Impakter.com.— In the Featured Photo: Air pollution rising from a coal power plant.  Featured Photo Credit: Chris Leboutillier / Unsplash

Forced Sterilization is a Form of Systemic Reproductive Coercion