On Jan. 13, the US Energy Department announced the creation of the Clean Energy Corp with 1,000 new staffers 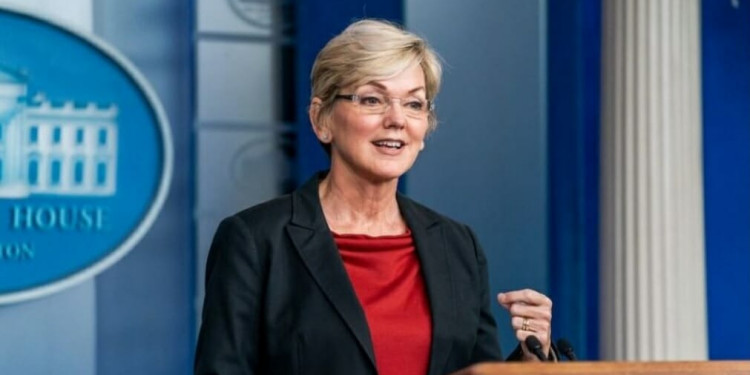 Since the US Energy Department’s founding in 1977, the creation of a Clean Energy Corps would be the biggest expansion the Energy Department has ever seen and a huge step forward for the Federal Government in the fight against climate change.

Coming at a time when Democrats have been unable to pass the Build Back Better Act — a $1.7 trillion plan that would involve universal preschool, subsidized child care, paid family leaves, Medicare and Medicaid expansion as well as climate change resolutions including renewable energy, electric vehicles, cleaning up pollution and building a sustainable job market — the creation of the Clean Energy Corps is a win for environmentalists.

As most climate change resolutions in the Build Back Better Act have been deconstructed or thrown out altogether, Democrats are taking initiative to work around the blockage.

In fact, a majority of the act — $320 billion — is supposed to go toward tax credits for clean energy and electric vehicles.

The new Clean Energy Corps mission will be focused on researching, developing, and deploying climate change projects and solutions.

The US Department of Energy already announced a project called “Building a Better Grid” which would create long distance clean energy — wind and solar power —  electric transmission lines throughout communities. New team members can be expected to work on the project.

“Clean air, clean water and clean energy are fundamental to the health and well-being of every American,” Castor said. “Today’s launch of the Building a Better Grid Initiative takes important steps to upgrade and expand the electric grid so that more Americans can benefit from affordable and abundant clean energy.”

The Energy Department’s ability to mass hire is due to a hiring authority included in the $1.2 trillion Bipartisan Infrastructure Law that President Biden signed in November of 2021. The legislation issued $62 billion of funding to the Energy Department, a portion of it allowing for employee expansion.

With the money from the Bipartisan Infrastructure Bill, the Energy Department is looking to also put money towards American manufacturing, creating good-paying jobs and expanding the access of clean and affordable energy to communities, businesses and families.

The team will include current staff as well as the additional 1,000 new members being dispersed throughout over a dozen offices. To simplify the hiring process, a hiring portal will be opened where applicants can specify fields of interest like public policy, energy finance and legislative affairs.

While not a comprehensive list, the Energy Department is looking for people who have experience in the following fields: Business Administration, Communications, Engineering, Finance/Accounting, Legal, Project Management, Public Policy, etc.

As this new team assembles, the Clean Energy Corps has hopes of providing America with a carbon-free power sector by 2035 and a decarbonized community by 2050.

Looking at what is happening beyond America, many other countries are already seen to be thriving in the sustainable energy market.

In the 2021 Fostering Effective Energy Transition Report, researchers found that Nordic countries such as Sweden, Norway and Denmark are leading the transition to sustainable energy. Out of the world’s biggest economies, the United Kingdom and France were the only major countries to be featured in the top 10.

Perhaps the reason Nordic and some European countries are more advanced in the sustainable energy movement has to do with government policy.

In the late 90s’, the Norwegian government set out a goal to get 50,000 electric vehicles on the road by 2017 by using a tax-effective strategy. In order to encourage consumers to buy electric vehicles, they abolished vehicle purchase tax, road tax, established free parking in some municipal car parks, and reduced tax on company electric cars.

Other countries such as the UK have seen a major shift in favor of clean renewable energy recently. In 2021, it was reported that affordable low-carbon energy sources have made up roughly 80% of the UK.

Another report stated that in two-thirds of the world’s countries, solar and wind power are now cheaper than both coal and gas power plants. Between 2010 to 2020, the cost of solar energy has gone down 85%, making it the current cheapest source of energy in the world.

As America continues to grapple with providing affordable clean energy access to unserved communities, perhaps the Clean Energy Corps goals will be possible with the help of government money to establish solar and wind powered grids — which now seems quite affordable compared to years ago.

Though the biggest challenge the Clean Energy Corps may face is consumer opposition. For a nation that has relied on coal and gas not only for power but for jobs, they’re not only going to have to win over consumers’ hearts but banks.

The Clean Energy Corps is also going to face competition from coal and gas companies as they continue to evade carbon taxes, taking advantage of the fact that the Build Back Better Act is stalled.

Without the Build Back Better Act in place, the Clean Energy Corps seems to be meek, yet much-needed start.

Editor’s Note: The opinions expressed here by Impakter.com contributors are their own, not those of Impakter.com. — Featured Photo: US Energy Secretary Jennifer Granholm April 8, 2021. Source: Flickr

Liz is a junior completing a bachelor's degree in journalism and a minor in Spanish at Ohio University. She is an editorial intern at Impakter and currently resides in Athens, Ohio, where she also writes and photographs for the Athens student-run newspaper The Post. Passionate about writing and photography, her interests include environmental/sustainability, economics, and community issues.