COP15: The UN Biodiversity Conference Builds Hope for ‘Living in Harmony With Nature’ by 2050

The Convention on Biological Diversity post-2020 global biodiversity framework indicates worldwide support, but will this non-legally binding agreement be enough? 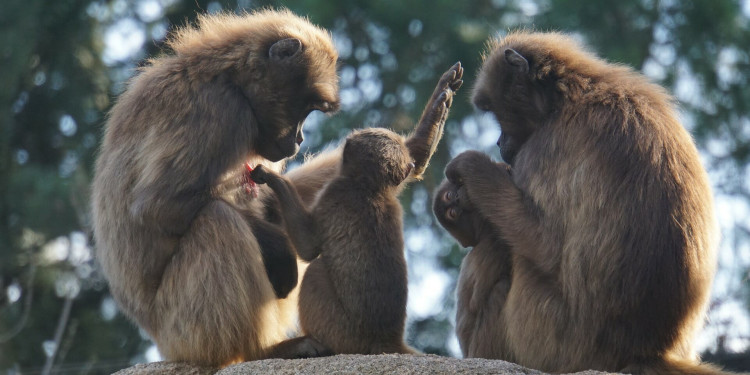 The UN Climate Change Conference, COP26, in Glasgow is approaching and the long-anticipated wait is finally coming to an end. Yet, it has cast a shadow on another extremely important gathering: the UN Biodiversity Conference, also known as COP15, which took place (virtually) October 11-15.

At COP15, over 100 countries — parties to the Convention on Biological Diversity (CBD) — committed to develop, adopt and implement an effective post-2020 global framework that aims to put biodiversity on a path to recovery by 2050.

More specifically, as UN Environment Programme (UNEP) writes, the framework “sets out an ambitious plan to implement broad-based action to bring about a transformation in society’s relationship with biodiversity and to ensure that, by 2050, the shared vision of living in harmony with nature is fulfilled.”

The post-2020 global biodiversity framework is due to be adopted at part two of the UN Biodiversity Conference in Kunming, China, in May 2022, after further formal negotiations in January 2022.

COP15 also addressed the implementation of the CBD protocols. Signed by 150 governments in 1992, the CBD is the international legal instrument for “the conservation of biological diversity, the sustainable use of its components and the fair and equitable sharing the benefits arising out of the utilisation of genetic resources.”

At the time of writing, the convention has been ratified by 196 countries, and now includes the adoption of the Kunming Declaration, in an attempt to address the insufficiencies of the previous 2011-2020 Strategic Plan for Biodiversity. The Declaration calls for nations to act urgently on biodiversity protection in decision-making and recognise the importance of conservation in protecting human health. As Executive Secretary of the Convention on Biological Diversity Elizabeth Maruma Mrema put it:

“The adoption of the Kunming Declaration is a clear indication of the worldwide support for the level of ambition that needs to be reflected in the post-2020 global biodiversity framework to be finalised next spring in Kunming.”

The first draft for the Global Diversity Framework comprises 21 targets and 10 “milestones” needed to ensure we are en route to “living in harmony with nature” by 2050. The key targets include:

The Global Environment Facility, in partnership with the UN Development Programme (UNDP) and UNEP, announced that they will provide immediate financial and technical support to developing nations, to prepare for the rapid implementation of this framework once it is formally agreed next year at COP15.

The European Union has agreed to double external funding for biodiversity, and the French president, Emmanuel Macron, announced “the commitment for 30% of climate funds to be used for biodiversity.”

Xi Jinping, China’s president, has pledged $230 million to establish the Kunming Biodiversity Fund, which aims to fund and support biodiversity in developing countries.

Related Articles: Protected Areas: the Past, Present, and Future of Conservation | EU Pledges To Raise €20bn Annually to Boost Biodiversity

The United States, besides the Vatican, remains the only country to not ratify the Convention on Biological Diversity. Since the 1990s, Republicans have argued that signing the Convention would infringe on American sovereignty, put commercial interests at risk, and impose a financial burden on the US. Yet, the US is historically the biggest polluter, with a total cumulative emission of 25%, and therefore has a great impact on the world’s biodiversity loss and climate change.

BUT WHY SHOULD WE CARE ABOUT BIODIVERSITY?

Simply put, nature is essential for human existence and a good quality of life. Most of nature’s positive contributions to people are not fully replaceable and some are simply irreplaceable. This alone should signify a clear case to take urgent action.

Human actions threaten more species now than ever before and put them at risk of global extinction. Around 25% of species in assessed animal and plant groups are threatened, and around one million species already face extinction, many within decades. It is crucial for nations to undertake measures that may reduce the drivers of biodiversity loss.

Climate change represents only one driver of biodiversity loss. Although it may be hard to admit, much of the loss stems from human action. On land, it is the result of humans destroying habitats through activities like farming, mining and logging, whilst at sea it is due to overfishing.

Human activity has already driven many species to extinction. @ParveenKaswan illuminates what's at stake as the world meets for #COP15. Leaders must commit to acting #ForNature and protect the one million species threatened with extinction today. 🦋🐦🐢pic.twitter.com/VQFYGsLFft

For too long, biodiversity loss was considered a lesser issue in contrast to climate change, with policymakers primarily focusing on reducing the negative effects of climate change. Despite evidence of both issues being intertwined, they continue to be discussed separately. If we tackle both issues concurrently, we may come closer to finding a real solution. However, solving one over the other is simply counter intuitive. In both cases, humans are the cause, and thus, can and should be the solution.

To conclude with COP15 President Huang Runquiu’s remarks, the framework “signalled renewed political will to boost ambition, enhance collaboration and maximise opportunities for synergies across other multilateral agreements.”

But, will this be enough?

Europe’s Refugee Crisis Is a Crisis of Humanity, not Migration.

Europe's Refugee Crisis Is a Crisis of Humanity, not Migration.