Landmark deal is meant to stop the global race to the bottom whilst bolstering government budgets for Covid recovery, but questions are raised 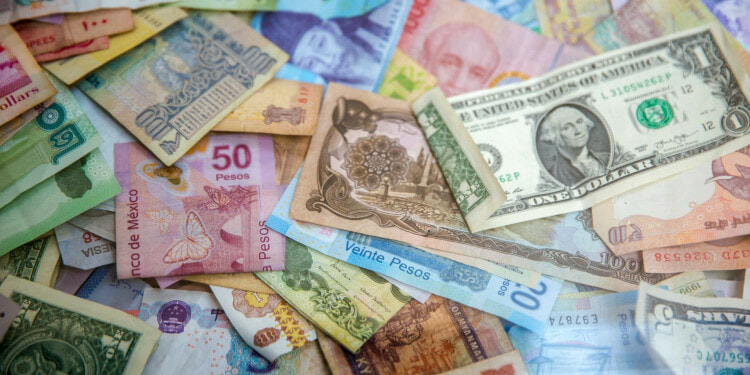 A landmark deal, signed off by G20 finance ministers and developed by 136 states representing over 90% of the world’s GDP, will revolutionise the current outdated and over-exploited tax system, pulling it into the 21st Century. A global minimum corporate tax rate will be set at 15%, eliminating the race to the bottom which has plagued the globalised world. Furthermore, tech giants will no longer escape annual tax bills as taxing rights are updated to adapt to the digital age.

Finalised on October 8. through the OECD (Organisation for Economic Co-operation and Development), and endorsed by G20 finance ministers on October 13. the historic agreement consists of two pillars.

The first pillar will ensure multinational enterprises pay taxes in the countries that they operate and earn profits, fairly reallocating over US$125 billion of profits every year.

The second pillar will set a global minimum corporate tax rate at 15%, ending a decades-long race to the bottom which has crippled economies. The global approach was necessary to put a floor on competition of corporate income tax, relieving pressure on poorer countries to continually reduce their tax bases to attract foreign investment. The tax rate has the potential to yield around $150 billion in additional global tax revenues annually.

“Today’s agreement will make our international tax arrangements fairer and work better,” said OECD Secretary-General Mathias Cormann. “This is a major victory for effective and balanced multilateralism. It is a far-reaching agreement which ensures our international tax system is fit for purpose in a digitalised and globalised world economy. We must now work swiftly and diligently to ensure the effective implementation of this major reform.”

The need for global tax reform

The international tax system has largely stagnated since agreements were established at the League of Nations in the 1920s. A century’s worth of globalisation and tech developments have arrived with little capacity to govern or organise them.

Attempts to avoid double taxation led to an international tax system which has since allowed tax avoidance to flourish. Today 40% of multinationals’ overseas profits have been shifted to tax havens, a move that costs exchequers up to $245 billion a year according to The Economist.

Rising social consciousness, the exposé of the Pandora papers (and its many predecessors), and global desperation to inflate government budgets during Covid recovery have all bolstered tax reform discussions which previously languished.

The pandemic has made it glaringly obvious that the global economic system benefits the rich at the expense of the poor. The pandemic itself is set to push up to 150 million more people into extreme poverty. Meanwhile, U.S billionaires have amassed $1.2 trillion. Multinational corporations currently pay less tax than prior to the 2008 financial crisis, and Africa loses 3 times as much money in illicit financial flows as it receives in aid.

Some have argued that tax havens have allowed developing countries to entice foreign investment, drawing in financial capital and developing human capital. Indeed, certain organisations have claimed that the new deal will rob poorer countries of this opportunity.

However, many of the nations boasting very low or zero corporate taxes aren’t poor countries but wealthy tax havens such as Jersey, Bermuda, Switzerland and the British Virgin Islands.

Furthermore, the current system not only deprives poorer countries of millions of dollars, but also the capacity to control it through effective and predictable tax systems which are integral to development.

The long-awaited corporate tax deal may claw back some of the revenue needed to stabilise a world facing massive (and expensive) global crises. Many nations agreed to the deal in an attempt to bolster government coffers as Covid-19 has slowed domestic economies and left healthcare systems fragile.

Even without a pandemic, it was clear that reforms to corporate tax would be required to generate the revenue necessary to meet global targets like those laid out in the Paris Agreement and the 2030 Sustainable Development Goals.

Related Articles: Pandora Papers: World Leaders Implicated in Tax Evasion Scandal | Don’t Be Evil: the Other Side of the Tech Industry

The deal was originally stalled by a handful of countries, such as Ireland and Hungary which boast the lowest tax rates in Europe. Ireland has served as a tax shelter for many large tech companies, infamously Apple, over the past several decades and it was hesitant to give up this status.

Neo-liberal and classical economists have fought against the arrangement, repeating the teachings of their forefather, Adam Smith, that low taxes and free trade were paramount to a thriving economy. Three centuries and an industrial revolution later though, the economy and the products it relies upon exist outside of Smith’s wildest dreams.

Whilst certain voices claimed the corporate tax rate was too high, others claimed it was still too low. Four countries refrained from the agreement, one of which was Nigeria which claimed a minimum tax rate of 25-30% was necessary for African countries.

“The benefits of a proposed minimum tax will be far below what is expected to fund the budget deficit in Nigeria, which will translate to the country’s inability to meet up with the fight against poverty and unemployment.”

Will it be enough?

Nigeria’s assertions were supported by Argentina’s economy minister, Martin Guzman, who stated the proposals would do little to help developing countries. Although Argentina agreed to the deal, Guzman had argued for a tax rate of at least 21%.

Oxfam was vocal that the minimum corporate tax rate of 15% was far too low, as industrialised countries average a rate of 23.5%

The @OECD tax deal is on track to becoming a rich country stitch-up. #Nigeria stands to receive as little as 0.02% of its GDP in additional money each year (equivalent to 48 cents per citizen) under the new multinational tax rules.

Susana Ruiz, Oxfam’s tax policy lead, said: “The world is experiencing the largest increase in poverty in decades and a massive explosion in inequality but this deal will do little or nothing to halt either. Instead, it is already being seen by some wealthy nations as an excuse to cut domestic corporate tax rates, risking a new race to the bottom.”

Oxfam has also accused the OECD of pandering to tax havens, leaving a deal with “practically no teeth.” A breakthrough in negotiations didn’t arrive until the language of the deal was amended to ensure that the minimum tax rate would not be raised later on.

“Today’s tax deal was meant to end tax havens for good. Instead it was written by them,” said Ruiz.

G20 Finance ministers met in Washington on October 13. to sign off on the deal. Ahead of this meeting, a number of leading economists, including Joseph Stiglitz and Thomas Piketty, penned an open letter (published in Le Monde) criticising the deal and asking them to address its shortcomings.

They acknowledged the significance of 136 states agreeing on one deal whilst highlighting the considerable compromises it took to secure that agreement, compromises that threaten the integrity of the entire deal.

“There are legitimate concerns that such a low global minimum will turn out to be the global standard, and a reform that was intended to make sure multinationals pay their fair share will end up doing just the opposite.”

The reform which could have been groundbreaking, has instead been “watered down in such a way that it will overwhelmingly benefit rich countries.” The economists, along with the Independent Commission for the Reform of International Corporate Taxation (ICRICT), list out the ways that the accord will harm poorer nations, arguing that the negotiation process must continue and with greater inclusion of these nations.

“The negotiations are happening in the aftermath of COVID 19, at a time when developed countries are recovering faster than developing countries, who lack adequate fiscal space. Exacerbating this divergence by failing to provide sufficient revenues to sustain economic growth in developing countries is economically foolish. To do so during a global pandemic, when the need for revenue to support public health and economic recovery is greater than ever, is also socially inequitable. Coming on the heels of vaccine nationalism and hoarding by the advanced countries, this agreement is hardly one that enhances global solidarity.”

They call for the leaders to “side not with multinationals and tax havens but with citizens both in the Global North and in the Global South.” Warning “history will judge you harshly if you miss the chance to get this right.”

According to Pol Antràs, a Harvard economist, an ideal global tax reform would see each country set a corporate tax rate based on its “needs, preferences or constraints.” However, this may not be attainable or immune to gaming, so a global minimum tax rate was key to limiting the race to the bottom and recovering much needed hidden funds.

The deal has indeed indulged tax havens and there is a large chance that the revenues will benefit G7 countries more than they will poorer nations. There is no denying tax reform is necessary though and G20 finance leaders were aware of that when they endorsed the deal.

At the meeting in Washington on Oct. 13. leaders pledged to sustain fiscal support for vulnerable economies while keeping a close eye on inflation urging the International Monetary Fund to establish a new trust fund worth $US650 billion for them.

Although its limitations cannot be overlooked, the OECD’s minimum tax rate was a much-needed update to the global corporate tax system. The inclusion and alliance of 136 countries is representative of how essential the changes were. Countries are set to introduce the tax changes in 2022 to take effect by 2023.

Editor’s Note: The opinions expressed here by Impakter.com columnists are their own, not those of Impakter.com. — In the Featured Photo: The new tax rate will cover economies all across the world. Featured Photo Credit: Jason Leung

Art as a Driver for Change: The Plastic Museum in Indonesia

Tensions Heighten Between China and Taiwan, as Military Operations Increase

Tensions Heighten Between China and Taiwan, as Military Operations Increase