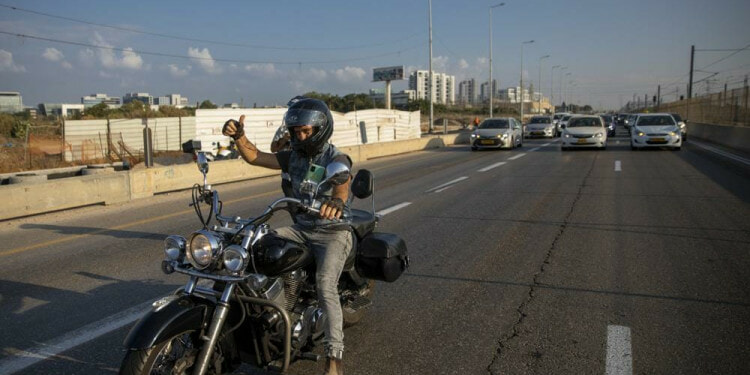 Europe, for now, is the only region in the world, according to WHO, where both contagion rates and deaths are constantly increasing – for the sixth consecutive week. The fourth wave, caused by the Delta variant is here. In Germany, panic has set in,  with the number of cases rising every day and now five times as high as last year at the same time. And this, despite “reasonable” vaccination rates (just under 70% of the total population). The incoming Chancellor, Olaf Scholz, describes it as “a pandemic of the unvaccinated” while leading German virologist Christian Drosten has recently warned the death toll could be doubled if more aggressive mitigation and vaccination strategies were not quickly adopted.

The new Covid wave, propelled by the highly contagious Delta variant and finding fertile ground among the unvaccinated, has overwhelmed Europe but the countries worst hit (for now) are in Eastern Europe where rates of vaccination have been abysmally low (as low as 24% in Georgia).

In the past few weeks, Covid death rates have hit record highs in Bulgaria, Latvia and Romania. In the week to November 8th, confirmed deaths in those three countries were eight times as high as the EU average. While the number of cases is now slowing down in those three countries, it is now dangerously rising in Croatia, Estonia, Lithuania, Slovenia and Ukraine.

For example in Romania, Dr. Raed Arafat who is coordinating his country’s fight against Covid including the evacuation of some 90 patients to Denmark, Germany, Hungary and elsewhere, spoke to The Economist about the situation he was facing. He said that of those hospitalized with Covid, 92% are unvaccinated. And the real percentage could be higher, he noted, as there were many fake vaccination certificates in circulation. He angrily denounced anti-vax disinformation, which, he said, is propagated by rogue doctors, Orthodox priests and far-right nationalists, with the help of “Dr Facebook”.

Digging deeper in the data, Eric Topol, the founder and director of the Scripps Research Translational Institute, professor of molecular medicine, and executive vice-president of Scripps Research gives an explanation in a Guardian Op-ed, pointing to the percentage of vaccination as the key for an effective defense against the virus. He notes that 80% of vaccinated people could be enough as demonstrated by the situation in Portugal and Spain with respectively 80% and 88% of the population vaccinated: So far, both countries have escaped the sharp rise in contagions that have overrun the rest of the continent.

He points to Belgium as a case in point, with 74% fully vaccinated, yet it is again one of the hardest-hit countries in the world (at 79 cases per 100,000) making it the 10th highest caseload globally. And he concludes: “That alone tells us 74% isn’t enough, and that prior Covid (without vaccination, what some refer to as “natural immunity”) is unreliable for representing a solid immunity wall against the Delta variant.” (highlight added)

The percentages that, according to experts, would erect an effective “immunity wall against Delta” appear stunningly high: “In fact, it has been projected for Delta that any country needs to achieve 90-95% of its total population fully vaccinated (or with recent Covid) in order to have population-level immunity that covers, providing relative protection, for the others,” says Topol.

If that is true, the only country of the world that might be fully protected is Israel that engaged in a campaign of booster shots as early as June – a campaign that was much denigrated at the time and is now considered an example of foresight and excellent public health management. In fact, Covid is now under full control in the country and it has even reopened its borders to tourists.

Public health authorities in Israel were very thorough,  even the young were inoculated against the virus – and only now is it generally recognized across the West that the young as a population group should also be vaccinated if full population immunity is to be achieved. As Topol notes, “ There is compelling data from both the UK and United States that children and teens have been a key driver of spread in recent months.”

The new Covid wave should not be underestimated

This new wave should not be underestimated: It is dangerous and could cause an increase in deaths even though people have been vaccinated. There are several reasons for that.

First, the Delta variant is more than twice as contagious as the original form of the virus (before it mutated).

Second, there is evidence that the rate of immunization can fall rapidly and depends on what vaccine you got: For example, AstraZeneca is far less effective than Pfizer. A recent study reported an early decline in anti-spike antibody with the Astra Zeneca vaccine; moreover, it showed that there was a clear relationship between antibody levels and breakthrough infections.

Astra Zeneca essentially stopped working after 96 days (as the anti-spike antibody declined under the threshold of 500 U/ml) compared with 257 days for Pfizer’s. Israeli data unequivocally proved the usefulness of booster shots to restore the immunity level.

For those who still believe that the Delta variant can be successfully controlled through a vaccine-only strategy, Japan’s experience provides counter-evidence and is a model to follow, illustrating that more will be needed to handle Delta than just vaccines.

The Japanese experience is telling. When faced with Delta this summer, the government engaged in a strong vaccination campaign but it also returned to lockdown measures, with good results. On 8 November, Reuters reported that Japan had zero daily COVID-19 deaths for the first time in 15 months. The boost in vaccination had reached over 70% of the population and a mix of mitigation measures, including strict mask-wearing, had been implemented.

Japan’s plan to address the pandemic this winter is a model to follow: booster vaccine shots will be started in December and the government is working to secure pill-based treatments for milder cases to reduce hospitalizations.

Yet, despite all the accumulated evidence from other countries and from research, the highest-risk groups such as age 60 plus have been very slow in taking booster shots – and children, in general, are still not vaccinated.

But scientific evidence can do little against pandemic fatigue. There has been a general relaxation or abandonment of measures – for example, Denmark and Norway have completely reopened and as a result, have experienced a sharp resurgence in cases.

In this context, Italy’s experience stands out. Perhaps traumatized by the devastation of its first pandemic wave – and as the epicenter of the pandemic in Europe in 2020 – Italy came out of the experience determined not to repeat it. The Italian government, led by PM Draghi, instituted, once its vaccination campaign had reached its goal, a restrictive measure, issuing a digital Green Pass to every vaccinated citizen.

With the Green Pass, the vaccinated have full access to all public transport and spaces, schools, gyms, restaurants, museums and theaters. This allows for business to continue to operate as usual, avoiding the worst pains of lockdown. So far, the Green Pass has worked as a prevention measure and slowed down the spread of the virus.

But Covid is rising in Italy too even though much more slowly than elsewhere in Europe. For now, no additional measures are envisaged by the public health authorities although the spread of the virus among the younger people, including under 12 is a matter of concern and a push is ongoing for administering booster shots.

Contrast this to the situation in the Netherlands where PM Mark Rutte has decreed a three-week “partial lockdown” starting this Saturday, whereby sport venues like stadium will be closed; bars and restaurants will shut at 8 pm; stores for “non-essential goods” at 6 pm; and more public spaces (to be announced) will require the Green Pass for access. Likewise, Austria is considering lockdown measures – particularly targetting the unvaccinated.

And while all this is happening, America is in denial – yet again. As Topol points out, Americans appear to believe in “the magical combination of mRNA vaccines with only 58% of the population fully vaccinated”. He notes that the uptake of booster shots is insufficient, teens and children have only just started to be vaccinated and that cheap, rapid home tests to screen for infectiousness are still not commonly available as they are in Europe. His recommendations include promotion of primary vaccination and boosters “like there’s no tomorrow”, mass distribution of medical quality masks and rapid home testing kits at no cost, and authorization of treatment pills (Molnupiravar and Paxlovid) that take down the virus.

Such recommendations are common sense and valid for any country, not just America. Let us hope politicians will listen to their medical advisers.

Editor’s Note: The opinions expressed here by Impakter.com columnists are their own, not those of Impakter.com. —  Featured Photo: On Ayalon highway, in Tel Aviv, Israel, Sunday, Oct. 3, 2021, a convoy of cars slow down the traffic as they staged a demonstration against the Health Ministry’s new “green pass” restrictions designed to allow only those who had received a vaccine booster dose or recently recuperated from coronavirus to enter indoor venues. This measure sparked widespread protests as 2 million people lost access to indoor venues. Source: AP News

Fashion That Doesn’t Cost the Earth: Clothing Rental in the UK

COP26: Where Are the Women?

COP26: Where Are the Women?