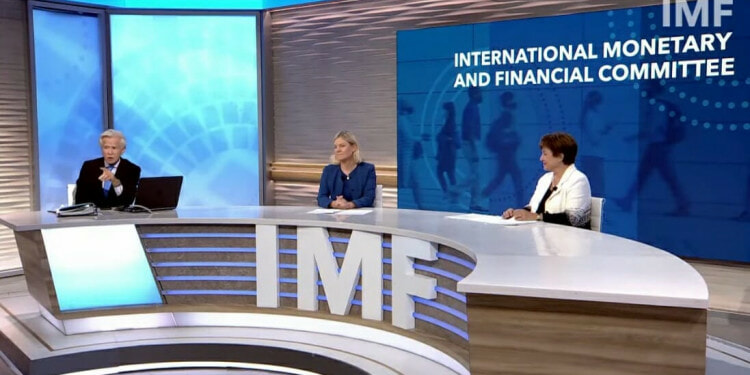 These last few weeks have had both the insiders of the international Bretton Woods institutions – the IMF and the World Bank – and a wider public paying attention to the manipulation of data contained in one of the premier international publications of the World Bank, the “Doing Business” report, now suspended at the very least. Around for two decades, it was a go-to source to rank countries in terms of their ability to attract private investment—the lower the rank the better the prospects. In an attempt to appease the third-largest shareholder of the Bank, the methodology was tinkered with to improve the People’s Republic of China place in the list from 85 to 78.

This data alteration sent a shockwave that nearly forced the resignation of the IMF Managing Director who had been the Chief Executive Officer of the Bank at the time; following an investigation last week, she was cleared by the IMF executive board. Her recent pronouncements sought to distance the institution she now heads (and herself), saying this was not anything the Fund had anything to do with, its data review process is so thorough and layered with internal reviews, it virtually could not happen at this sister institution to the World Bank.

While the focus is on the current scandal, it would be remiss to taint all such products with the same brush. There are many examples of information and reporting done right and reliably, over an extended period. For example, the World Governance Indicator (WGI) has been around for 25 years. A Brooking Institution blog, “It’s complicated: Lessons from 25 years of measuring governance”, summarized WGI methodology and its strengths:

“From the outset, the WGI approach and methodology — which has remained the same throughout, permitting comparisons over time — was advised by academics and was subject to academic journal review. Further, a clear separation was made between those responsible for generating the WGI through its methodology…ensured that the methodology and its use of the data would also permit us to be fully transparent and precise about the extent of imprecision in the indicators. Even if margins of error are rarely disclosed in official or other data releases, they are inherently present in any economic, social, and governance-related data or indicator. And this matters for making careful inferences and policy analysis.”

Growing Concerns over how to address data manipulation

As U.S. Senator Patrick Moynihan once said, “Everyone is entitled to his own opinion, but not to his own facts.” Chief Executives legitimately have management responsibility to review and oversee the work of their institution and, when warranted, propose changes to the methodology of the collection process, the analysis, and findings. These are all appropriate actions, but not appropriate is to arbitrarily change data or analysis to suit the need of a particular client or shareholder.

In recent weeks this has been the crux of global focus on the Doing Business scandal. It has deepened questions and concerns about the reliability of important crucial reports, how the data are collected, the methodology in how the data are vetted and analyzed, by whom, and then interpreted, whether intentionally modified for noble or politically motivated purposes. This has set off alarms about reputational risk consequences, heard by the Bretton Woods institutions, and reflected in the latest October 15, 2021, World Bank/IMF 2021 communiqué from the Development Committee:

“We also strongly support the World Bank Group (WBG)’s commitment to the highest levels of transparency and accountability in its operations and research. We expect the WBG to take additional steps to assure the integrity and credibility of data and knowledge products and to foster a culture of respect, inclusiveness, and non-discrimination, so that staff are free from retaliation and feel comfortable reporting wrongdoing. We call for stronger whistleblower protection and a zero-tolerance policy for abuse and misconduct. We applaud staff for their ongoing commitment to the WBG’s mission amid challenging circumstances.”

On its face, this is just what the doctor ordered. But the devil is in the details and the way such “support” will be implemented: Will leadership actively encourage openness and transparency? Will corporate culture embrace the sharing of data, analysis, interpretation, and potentially dissenting views?

In short, the question is how these issues will be addressed to put at rest any lingering distrust.

Looking to the Future

In the days to come there will be intensive examination, discussion, and attention to this paragraph in the Development Committee communiqué, not just by the World Bank and IMF, but other international organizations, and indeed, national entities. In the meantime, here are some more granular ideas:

These are imperfect ideas to address legitimate concerns and assure the validity of institutional data-based reports, especially important in these times when so much information out there is false and misleading. Some are probably unworkable. None, however, is more universally applicable than the need to have full confidence and trust in the person at the top.

Editor’s Note: The opinions expressed here by Impakter.com columnists are their own, not those of Impakter.com. — In the Featured Photo: International Monetary Fund and Financial Committee (IMFC) Chairman Magdalena Andersson and Managing Director Kristalina Georgieva summarize the outcome of the IMFC (screenshot from video of the press conference, 14 October 2021)