OpEd: Democracies, Coalitions and the Murky Future for Both 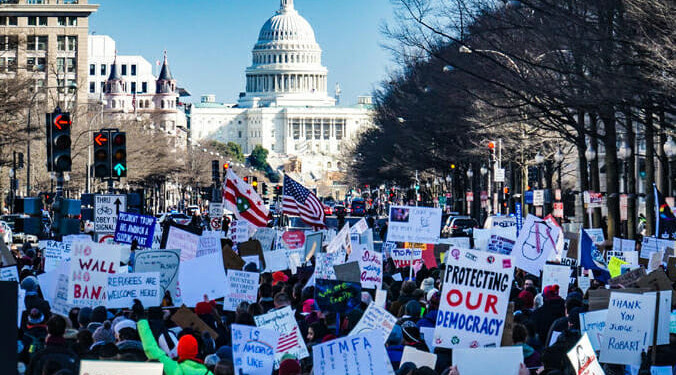 Editor’s Note: Following our article on the fiasco that was Biden’s Summit for Democracy, we are happy to present the point of view of our contributor, Richard Seifman, an American citizen and health expert with a long experience of service in American diplomacy, from the State Department to the World Bank.

Germany has provided the world with countless numbers of brilliant artists, musicians, philosophers, mathematicians, psychiatrists, and other persons of scientific genius.

Conversely, for much of the twentieth century, its militarism and mistaken sense of superiority had a devastating impact. Hitter and the Nazis, referencing earlier Reichs, from Charlemagne to Bismarck and the Second Reich (which lasted a much shorter period), made claims of a super race, proclaiming the Third Reich would last for 1000 years. The result was millions of lives lost or destroyed before and during World War II.

In the aftermath of that war and defeat of the axis powers, to its great credit, Germany is one of very few countries to express guilt for unimaginable acts of genocide and inhumanity. It did so by not simply acknowledging publicly its shame, but by making it a national policy to keep those horrors present in its national memory. It required that the history be taught in schools, and had classes visit extermination and concentration camps, with the clear objective that successive generations should not forget.

Indeed, in the post-WW II period, first West Germany, and then in 1989 all of Germany, became one of the best examples of a functioning democracy— not perfect but as good as it gets. And in 2005 began the extraordinary Angela Merkel Era. Merkel, raised in East Germany, entered politics relatively late but once at the helm effectively navigated this country for 16 years, not only raising its standing as the economic power of Europe but as a global leader in many respects.

A new turn in democracies, the rise of governments by coalitions – the examples of Germany and Israel

The Merkel Era recently ended, replaced by what is referred to as the “traffic light” coalition. It is the first time modern Germany has been governed by three parties, namely, the Social Democrats who lead as Prime Minister, the Greens, as the second-largest member, and the (much smaller) Free Democrats as the third party in the coalition. While there is no indication at this point of any shifts from past policies and positions, the ongoing pandemic, Russia, China, Iran, immigration, the economy, and fiscal policy, are all interconnected and will create unpredictable pressures. Not to mention Germany’s role and positions in the Middle East.

Israel is another country that until recently had been ruled by a single party but is now in the hands of a coalition. Its new government is an amalgamation of roughly eight parties coming to power by agreeing on one thing— getting rid of Benjamin Netanyahu after fifteen years of his dominance, a man under indictment for multiple politically related crimes. Netanyahu is the longest-serving Israeli prime minister in history and the first prime minister to be born in Israel after its Declaration of Independence in 1948.

The new Israeli government is led by Naftali Bennet — his party having only a sliver of the Knesset. He will have to find his way through the political minefield of the ultra-orthodox, the pro-and anti-settlement factions, the attack Iran now, a weakened Labor Party, and minuscule green advocates. But he is certainly a politician with proven experience in government. Before becoming Prime Minister in June this year, he had served as Minister of Diaspora Affairs from 2013 to 2019, Minister of Education from 2015 to 2019, and Minister of Defense from 2019 to 2020.

The American democracy is in uncharted waters after decades of increased polarization in the political landscape. While not a coalition government per se, the Democratic Party is ostensibly in control of two out of the three American branches of government, namely the Executive and legislature. But it is not in control of the third branch, the Supreme Court, now firmly in the hands of a new conservative majority (6 to 3 judges) appointed by former Republican President Trump who continues to maintain that the 2020 election was “stolen”.

On January 6th, when a violent insurrection took place at the Capitol, Trump was in the office watching the news on television, and he took his time (reportedly six hours) to react and take measures. Today, Trump continues to have staunch support in the Republican party, with an estimated 60 percent of Republicans who still believe Trump’s claim that the election was stolen by “pro-Biden communists”.

So what we have are many deep-pocket followers attempting to recapture legislatures at both the state and national levels. Add to this a long-standing divisiveness within the Democratic Party with a progressive left-wing at odds with a more conservative center – and you have what appears to be a weakened democracy.

Further, the Biden Administration has chosen to reengage Iran in nuclear talks and seems more firmly committed to negotiations for a Palestinian State. These U.S. positions have their impact on other Western governments, including Germany, and in doing so cause unease in Israel with regard to the depth of the American commitment to it, and more broadly, to the Middle East as a region among its highest priority.

William Butler Yeats wrote in one of his most famous and pessimistic poems, “the  center will not hold.” Let us hope that body politics in America and elsewhere are wise enough and deft politicians prove democracies resilient going forward.

Editor’s Note: The opinions expressed here by Impakter.com columnists are their own, not those of Impakter.com. — In the Featured Photo: Inauguration of President Biden Scot Scoop News Ted Eytan

Reflections on the Future of the Planet: Antimicrobial Resistance (AMR), Leadership and Humanity

Reflections on the Future of the Planet: Antimicrobial Resistance (AMR), Leadership and Humanity