Eduardo Martins – The Fraudster that fooled the Mass Media

byImpakter Editorial Board
in Photography 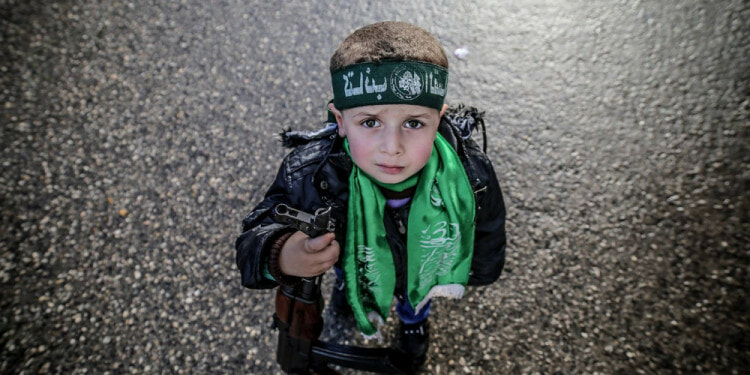 Impakter, as a result of a story about a fraudster uncovered this week by BBC Brazil, has taken down an interview of Eduardo Martins that was published on 6th June 2016.

Mr. Martins had presented himself to our editorial team as a Brazilian war photographer who worked for the United Nations. But, as reported by the BBC on 6 September, his career came to an abrupt end after he contacted Natasha Ribeiro, a BBC Brasil contributor based in the Middle East. She was able to prove that he had stolen images of Max Hepworth-Povey, a British surfer, impersonating him and photoshopping him into pictures of war zones as well as stealing a number of images from professional photographers, including from US photographer Daniel C. Britt, inverting them and selling them to newspapers such as the Wall St Journal, magazines such as Recount Magazine and agencies such as Zuma and Getty Images.

The United Nations, contacted by the BBC with evidence of the fraud, confirmed that he had been working as a UN photographer. BBC Brasil took down an interview it had published and issued an apology to its readers, adding that the case “will help reinforce our verification procedures”.

There is little doubt that verification procedures are essential to ensure the veracity of news, and in a time of rising fake news, the Impakter team is especially careful to check sources. However, it is also true that this fraud was extremely unusual, in that Mr. Martins with his fake photographs was able to take in organizations like the United Nations, mainstream newspapers like the Wall Street Journal and established, historical businesses like Getty Images. But the lesson learned is that one can never be too careful, something the Impakter team, that is committed to quality journalism, will continue to do without fail.

Here below you see a screenshot of Daniel C Britt website and further down the original interview we published with the inverted photo of Krafanbel, Syria. Eduardo Martins’ inverted images fooled us and in the case of the one below, they fooled Google images search and other search engines. 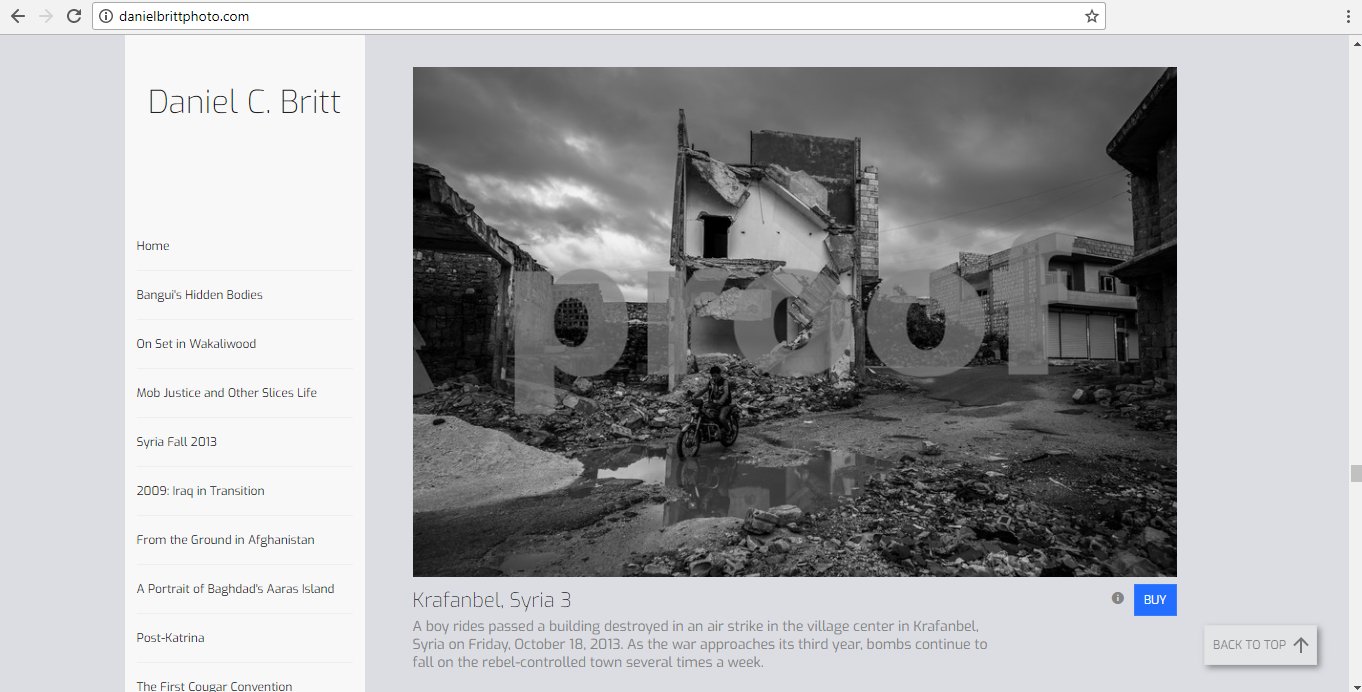 “Eduardo Martins is a photojournalist originally from Brazil. Although he is currently based in New York, he travels around the world capturing the events in some of the highest conflict-struck regions. Currently he has been documenting the war in the Middle East. He shares his striking imagery of scenes of war from Iraq, Syria, and now the shelters in Gaza. His pictures are highly narrative and often hard to take in. His work offers a unique window into the lives of those who are stuck in war zones. While observing his work, viewers can feel the anguish, fear, violence, chaos and destruction in his pictures. The photographs are truly transportive and important in their ability to bring to light the injustices faced around the world.

Below are highlights of our conversation. 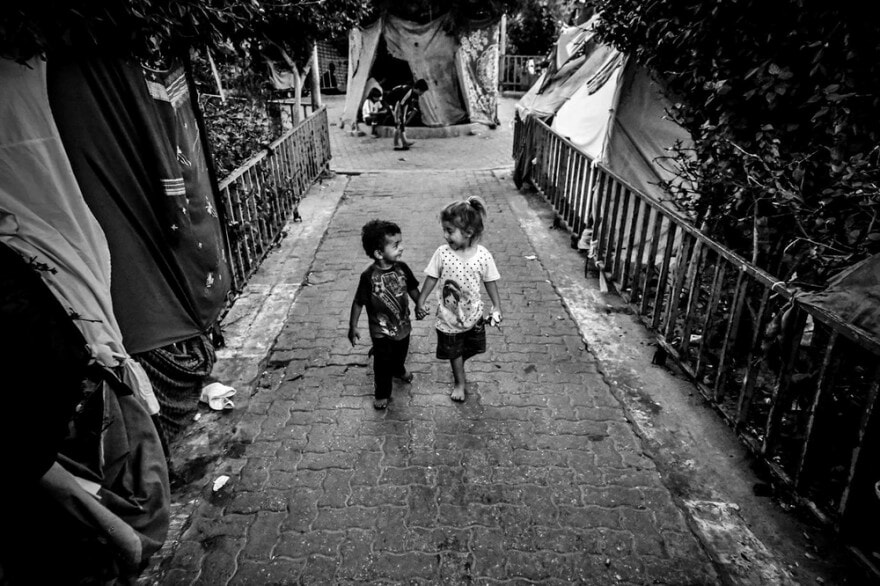 Tell us a bit about yourself. How did you become a photographer?

Eduardo Martins: I am Eduardo Martins, I am 31 years old, was born in São Paulo, Brazil and currently live in New York. I always photographed but I started doing it professionally three years ago, when I moved to Paris. I decided to go on a trip to Morocco and around Africa to shoot and while I was there I got involved with humanitarian work. During this trip to the continent I combined photography with my humanitarian work and began to photograph the reality of different countries, including the interest in conflict zones. 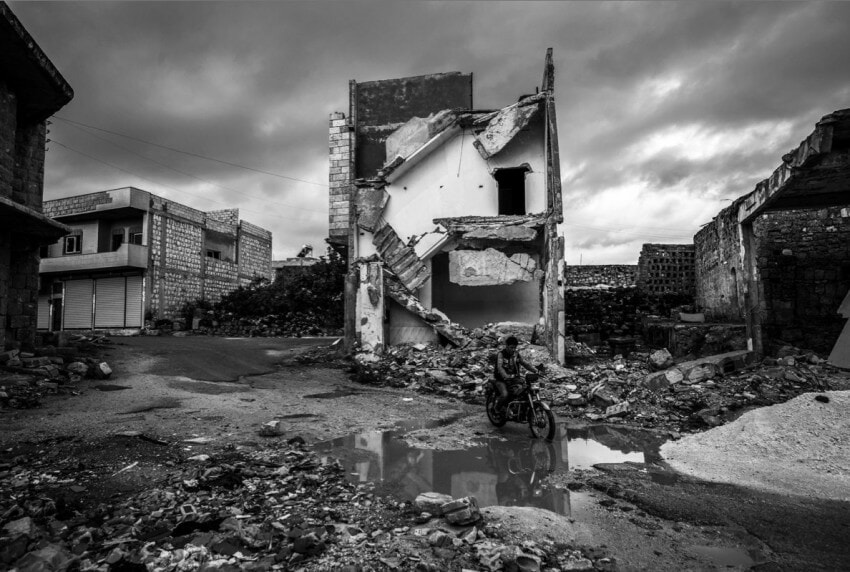 IN THIS PHOTO: SYRIA

What influenced you to take up photography? What are your favorite subjects and locations?

E. M.: I’ve always been in love with arts in general. But as soon as I bought my first camera, a Nikon D40, I discovered my true passion, and soon realized that I had a knack for photography. From there I started to shoot non stop, and my dream was always to portray places going through conflicts. My favorite subjects are definitely conflicts and social problems around the world. When I have an assignment I always look for places facing this kind of issue. My favorite places are Middle East and Africa. 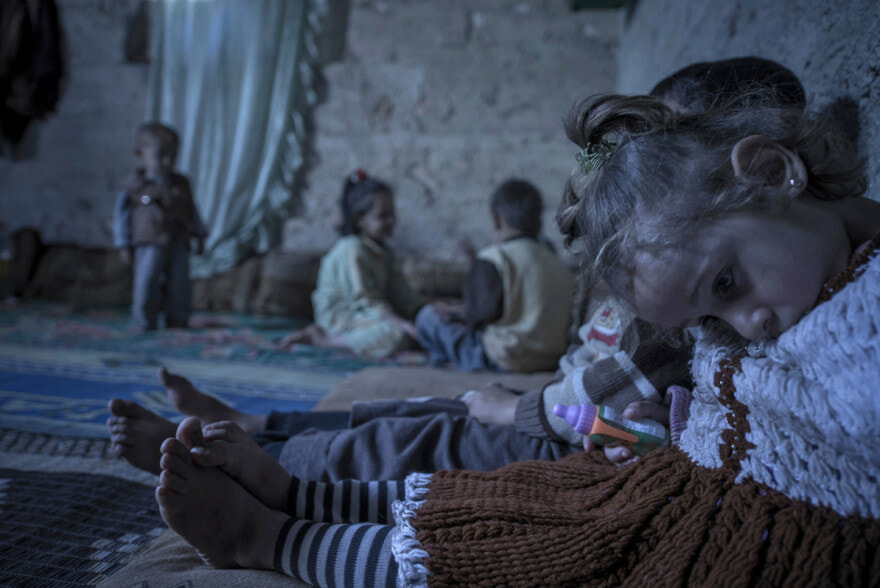 IN THIS PHOTO: SYRIA

How did you first begin to work at the UN Agency Refugee?

E. M.: I worked at CSDW organization where we worked most of the times at the UN refugee camps. I worked a lot in the Middle East and met many people who were part of the UN, which turned out to be very positive to open doors and start working with the UN. This year I was invited to work as the humanitarian in the agency, was a great honor and I immediately accepted their invitation.

Could you tell us about your latest project: the For Gaza Project?

E. M.: In Gaza, I worked at the shelter for refugees and IDPs, so I could get to know more about the reality of each person and their life stories. I ended up creating a special affection for the place and today I help in two shelters. In addition, we offer medicine for the neediest local clinics. Last year I was trying to find a way that I could help these shelters with my photographic work, so I created the For Gaza Project, the project that helps refugees and IDPs in two shelters on Gaza Strip in the neighborhood of Beit Hanon, which have the total of 600 residents. We want to make significant human development and humanitarian improvements to the public services in Gaza, such as education, health services initiatives, build desperately needed infrastructure, including shelters, improve the quality and targeting of its food, and cash assistance to the poorest. For Gaza is the project that benefits these shelters and the Palestinian people. Anyone can help by buying a print of the photos from my work in Gaza Strip. All the income from each print purchased will be reverted to purchase supplies for each shelter and to improve the quality of life of the Palestinian People.

“WHAT TO DO WITH REFUGEES: THE ITALIAN MODEL” 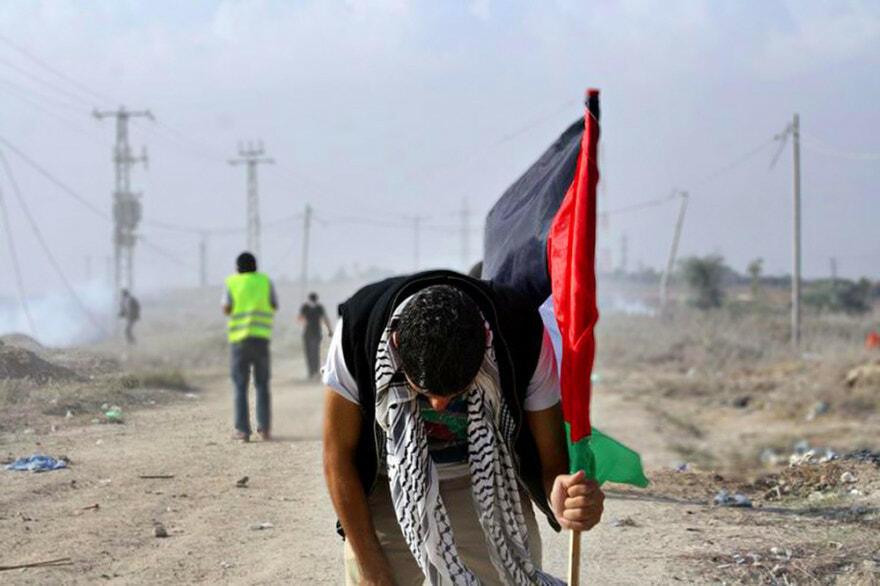 Could you tell us more about a person or a place that moved you completely? What is their story?

E. M.: All the places I visit I meet people with incredible and touching stories. But I can mention one in particular in the Gaza Strip, a boy named Mohammed Rashe. He lost all his family in Shuja’iyya neighborhood massacre. Despite all this, he is always smiling and joking, he’s an example for all of us, he is a very special child. Today, he lives in the shelter as many other children with similar stories. When you are faced with stories like that your perception and life values completely change, you start to value things that before didn’t seem very important. Being in these places is a true gift, you experience and learn very valuable things. 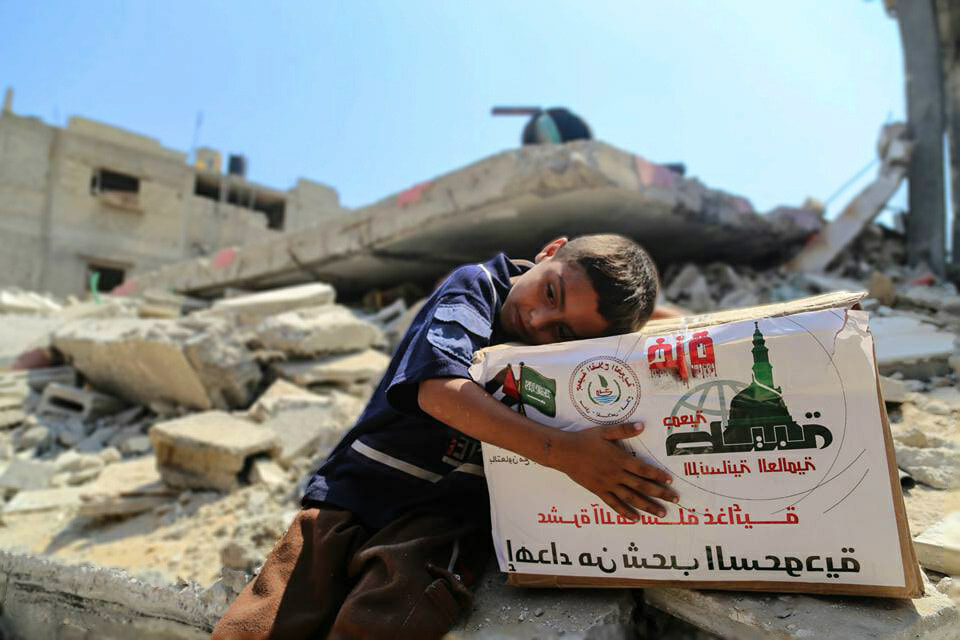 Living in a geographical area rife with conflict is difficult- what drives your commitment to sharing these images with the rest of the world?

E. M.: I think people need to see this reality, my job is to transport people to these places I photograph, depicting what these people face every day to survive. I try to pass along a message to all, a warning that we need to do something in relation to these places that are forgotten and ignored by society. What drives me is to believe in the best side of human beings and believe that we can make the world a better place. Photographing chaos to make people wake up and try to do something to help, from ordinary citizens to people of great influence as politicians. 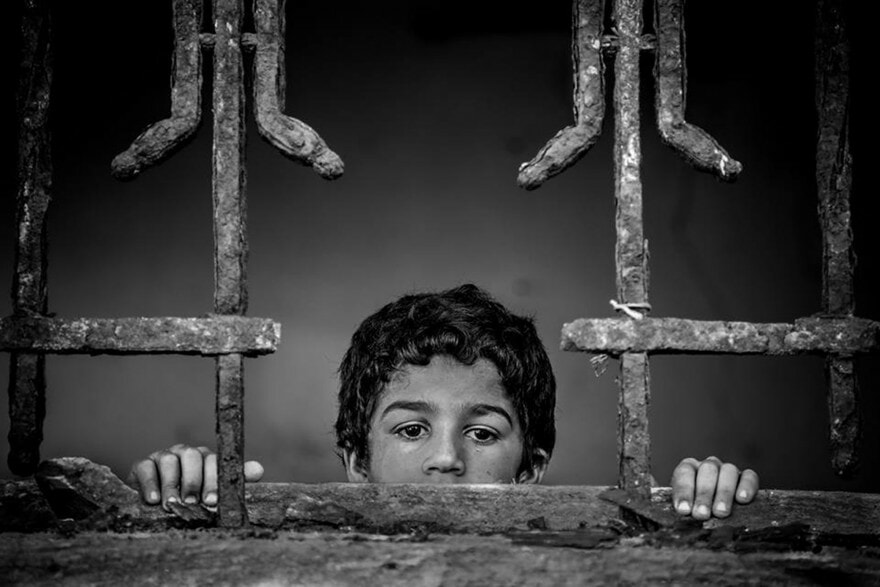 What are the various challenges you face traveling around the world- specifically the Middle East right now?

E. M.: I face many dangers to be honest, the Middle East is a place in daily conflict. I worked for months in Iraq and Syria and I can say that the most dangerous place to work now is Syria. I went through many dangers, I even took a glancing shot in the shoulder while covering the FSA (Free Syrian Army) against government forces of Bashar. But it has also a psychological side of it, in which you need to be very well emotionally to see many atrocities. In Iraq I saw people being buried alive by the Islamic State among other atrocities. If you are not well prepared emotionally you won’t bear the emotional burden that these places bring.

For a full mindmap behind this article with articles, videos, and documents see #refugees 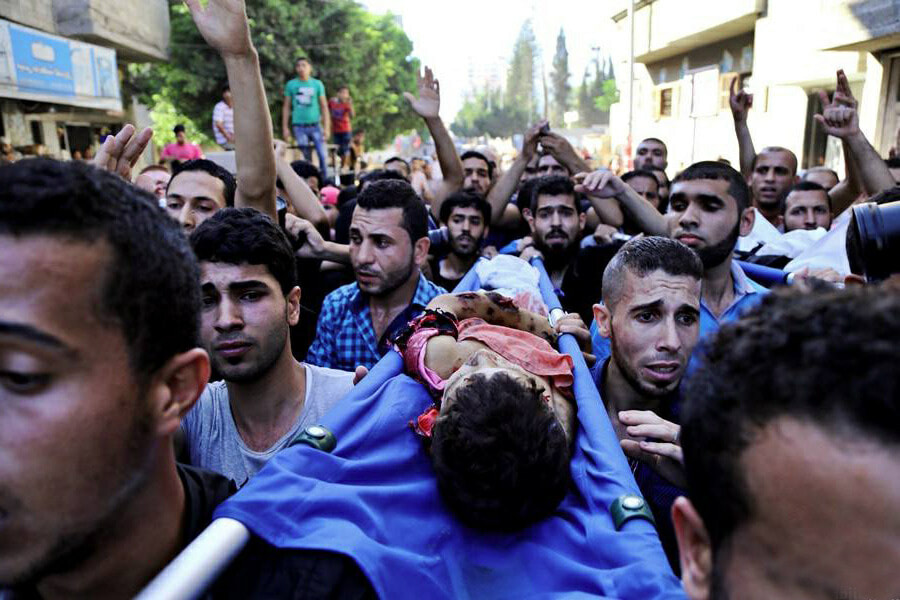 What kind of narratives or themes do you try to convey through your work?

E. M.: I always look for a story, behind a picture there’s always a story. I try finding a place and talking to everyone, knowing the story of each person, which changes my perspective while I’m shooting. I always try to find the beauty in chaos, always go on search of stories that can touch people and bring some lesson for those who look at my photos. Even when I have covered conflicts I tried to pass the human side of the rebels, fighting and surrendering their lives to a cause. 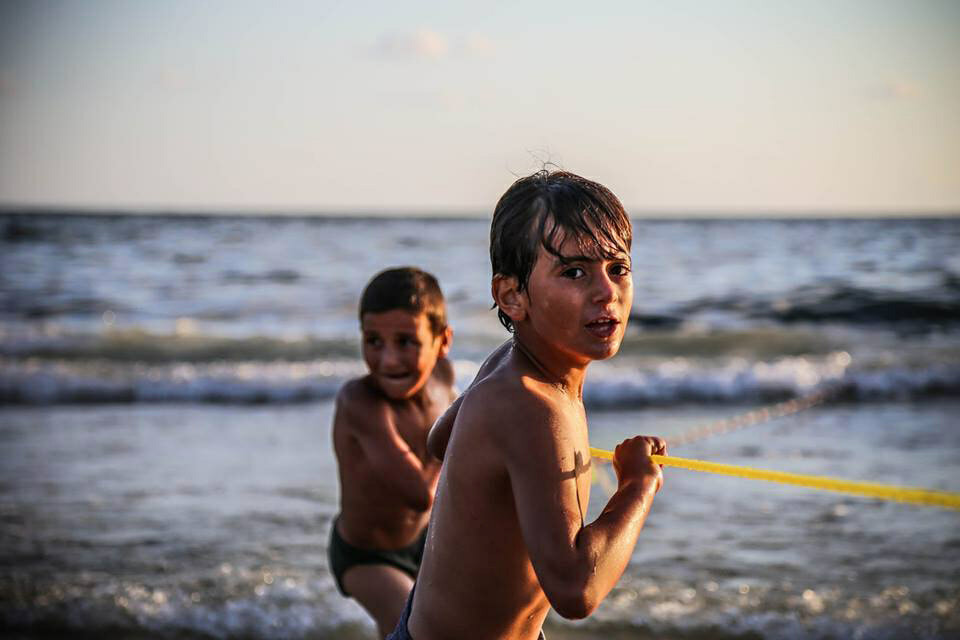 Which artists and photographers do you admire? How have they influenced you?

E. M.: My influences are Robert Capa, Don McCullin and Sebastiao Salgado. Among them my favorite is Capa, his photographic style captures the essence of the events and this evokes feelings to anyone who views his photos. I try to follow some of that with my work, despite being far from achieving it. I believe that no one will ever be Capa he was a single photographer and a genius in every way. 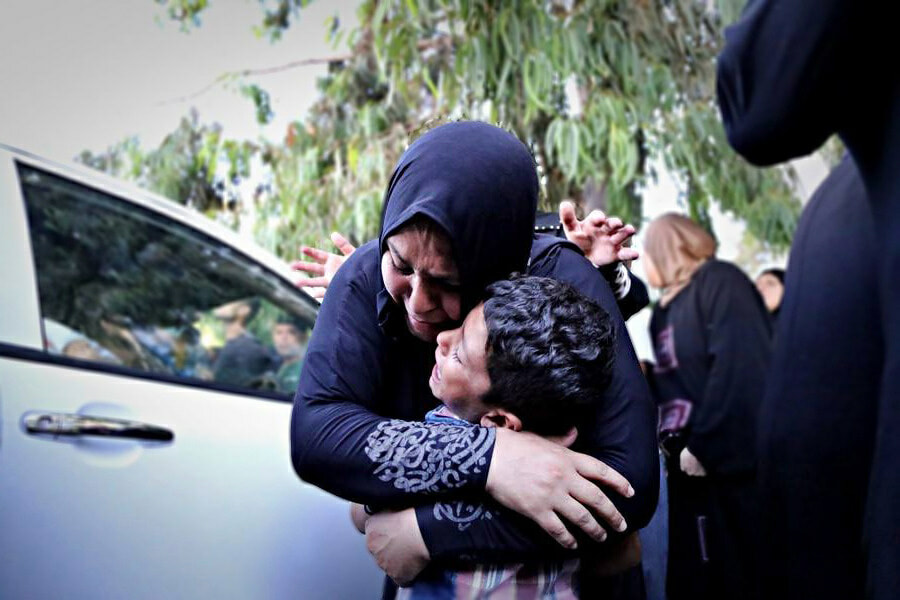 How do you think your work impacts the world?

E. M.: I do not know if my work affects the world, I hope it does at some point. I just want to bring the reality of these places and conflicts to people, and perhaps generate some change in them, to make this people move to help the one another, or just bring some change of values within in each person. I hope my work can touch people in that way. 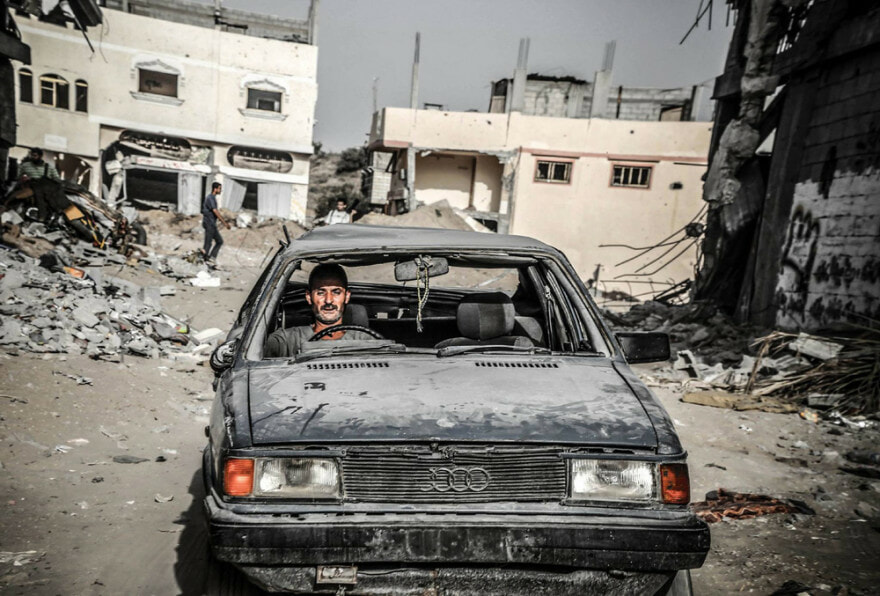 IN THIS PICTURE: GAZA STRIP

What would you say is your favorite work of your own work and what does it mean to you?

E. M.: Is hard to say which is my favorite work, but I have a special fondness for my work in Gaza, I was there for months, and as I said earlier I have a great identification with the place and the Palestinian people that has suffered much, but are extremely receptive and happy with what they have, even with the given circumstances. It was a place that brought me many experiences and that changed me deeply, I feel honored to be able to work there every year, always when I’m doing my bags to go to Gaza I feel an emotion and inexplicable happiness. 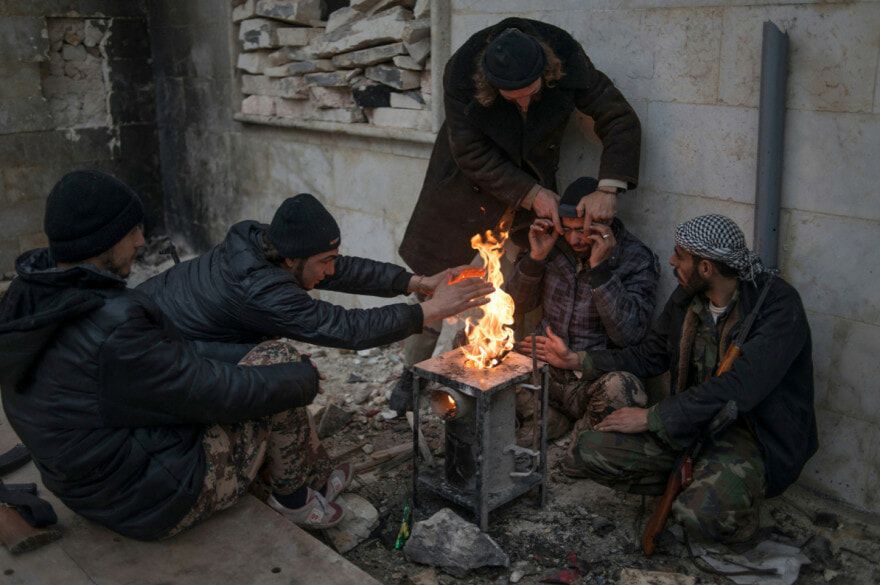 IN THIS PICTURE: SYRIA 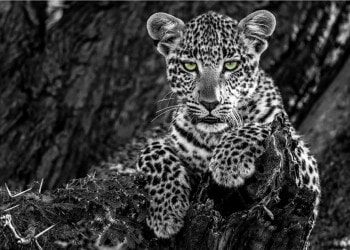 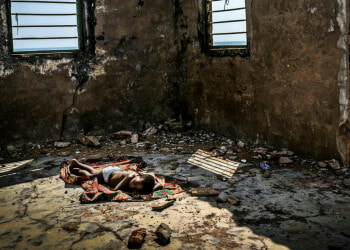 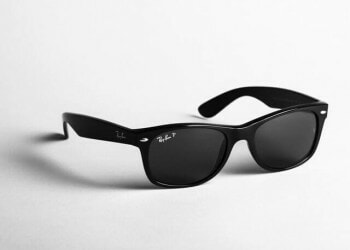