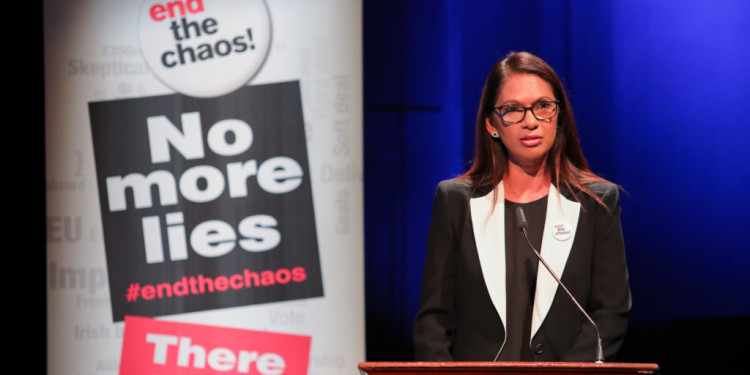 My friends tell me it was inevitable that I would set up End the Chaos! as they have always known me as a campaigner.  Before Brexit, I set up the True and Fair Campaign to push for greater transparency in the City, to shine a light on dubious anti-consumer practices, particularly in relation to hidden costs and fees in pensions and investments.

Since 2008 I have also been hard-hitting in calling for the charity sector to provide the same degree of forensic scrutiny: it appalled me how little of the money we were giving in good faith to our favourite charities was actually helping the people we wanted to help, as well as the lack of safeguarding.

After the British people voted to leave the European Union, I naturally wanted to know how this was going to work out in practice. This was more than idle curiosity: I am a mum and I need to know what the future was going to look like for my children. What is more, I was very aware, too, of our constitution and our laws, which is what motivated me to take the Government to court over Article 50. It astonished me that what was sold to us as a way of reclaiming our sovereignty should have started out with such a flagrant disregard for our own parliamentary sovereignty. 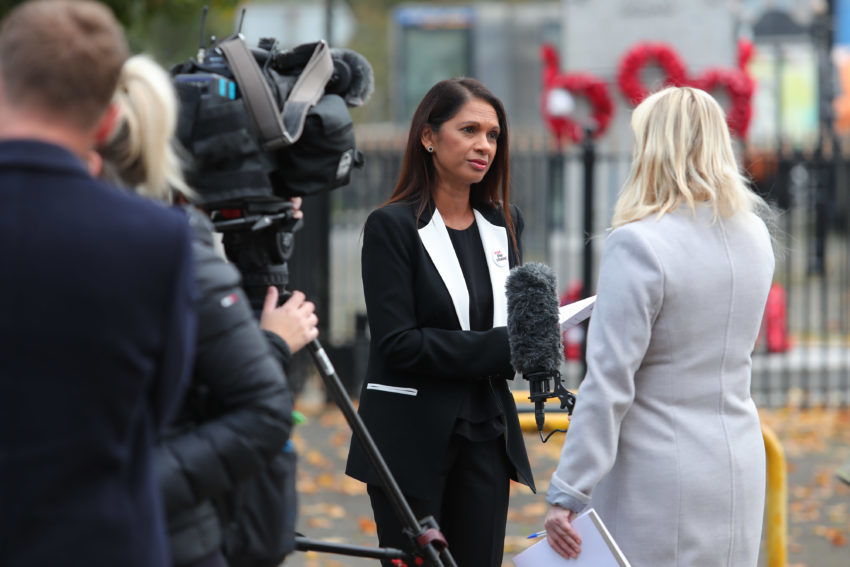 I was determined that our MPs should get to exercise their constitutional right to vote on this issue because that is their right. A right won over hundreds of years and not without cost.  Judges of the High Court – and then the Supreme Court, in the face of great pressure from the Government and the press – agreed that I had a point.  It didn’t matter to me that, in the event, our MPs voted to proceed with Article 50: the point was they had done what was required in our constitution – our sovereign Parliament.

It always seemed to me, from the very beginning of the referendum debate, that we could have done with a lot less haste and, once the vote had taken place, a lot more speed. Too much was being said without first being checked. Too much was being taken on trust. There was too much windy political rhetoric, too much populist journalism, too few cold, hard process details or facts. I could always see that the EU had its faults and I accepted, once we had got to vote on the issue, the idea of leaving it in principle. What I worried about was how it was going to be done in practice.

Quite frankly, far too much nonsense has been talked about Brexit. Too many issues – such as the potential for a return to an Irish border and what is going to happen at our ports – were just conveniently swept aside. They didn’t matter to the politicians who were determined at all costs to see their ideology prevail. That is why I set up the end the chaos! movement: I wanted to find a way of cutting through the fog that had descended on this whole never-ending national conversation. I just wanted to know what was going to happen next and I wanted to ensure that there was some degree of stress-testing going on. 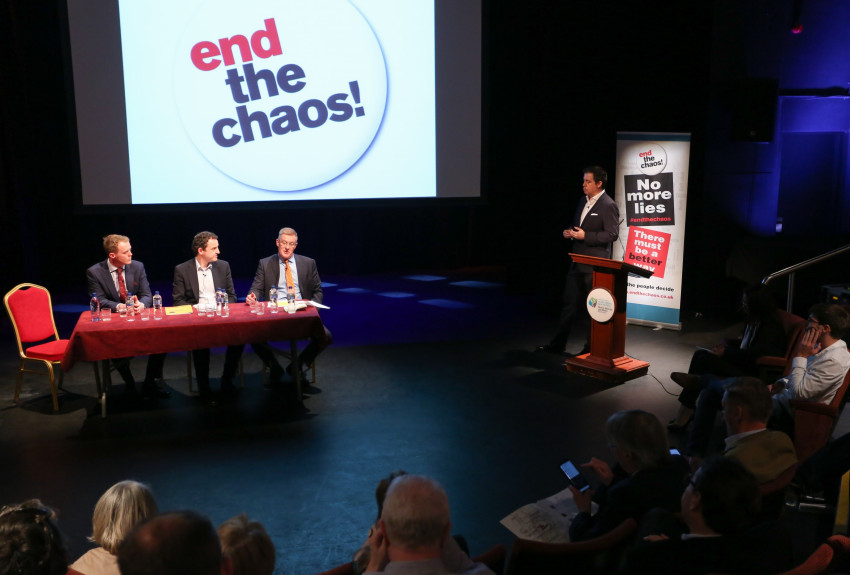 I wanted, too, to get out of the Westminster bubble and to ensure that the people who were actually going to be affected by the decisions that our politicians are now making got to have their say. So, over the summer, I travelled around our United Kingdom speaking to people from all walks of life.  It was no coincidence that I launched our movement in Dover, and, a few weeks later, we travelled to Newry on the Irish border.

At each of these gatherings we had press events that were open to the public – not stage-managed, and of those who attended, not a single voice was resentful of what we were doing. Even in Dover – which voted resolutely to Leave the EU – there was equally a sense its people were happy to have their say.  That someone was genuinely listening and hearing their concerns and questions.   That the press was finally acknowledging their existence. That at least for a few column inches in the newspapers – or a few seconds on the airwaves – they mattered.

A lot of people always assumed that I had some kind of political motive in this. There has not, any more than there was when I first started challenging the City bigwigs to justify their huge salaries and later demanded more accountability, too, from the charity bosses. All I wanted then, as I want now, is to get to the bottom of what is going on. I also know very well that were I foolhardy enough to become a politician no one would listen to me at all.  What is worse, if I stood under a Labour banner, they would no doubt shout “Iraq” at me, or “tuition fees” if I chose to be a Lib Dem. There is no point talking of what they would say to me if I was a Tory as I have no doubt they would never let me in: I was the woman who defied them, after all. 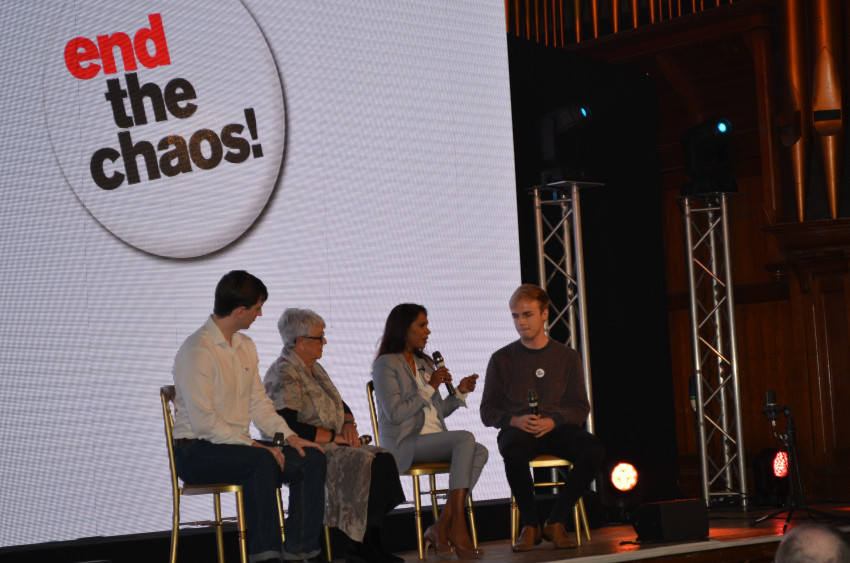 The point is normal discourse is no longer possible in the political arena. Old feuds and party loyalties now matter a great deal more than facing the realities of Brexit. That is proving disastrous for our country as she faces what is undoubtedly the greatest challenge to her economic wellbeing in modern times.  Our newspapers and even the BBC have all too often not asked the questions of our politicians that at the very outset they should have done and that now seem only too obvious. They failed to stress-test sufficiently what they were being told.

They failed, above all things, to apply common sense and to think in terms of the national interest. The endthechaos.co.uk campaign should not be necessary – any more than the stand that I took against the Government – but sadly it is. Against the backdrop of a most challenging timetable, people are desperate to distinguish between the facts and the fantasy and that is what we see as our job.

Mixt Greens mixes it up for sustainable salads

The Neuroscience of Philanthropy

Gina Miller is a transparency campaigner and businesswoman, best known for her successful 2017 Supreme Court case against the UK Government which required parliamentary approval to trigger Article 50 of the Lisbon Treaty and initiate the UK’s departure from the European Union. Before founding End the Chaos!, Gina founded the investment firm SCM Direct with her husband Alan in 2009. The company embodies their belief that investments should charge fees that are both fair and 100% transparent. Gina’s commitment to this is exemplified in her True and Fair Campaign, which campaigns to improve best practice in the savings and investment industry and restore consumer trust.

The Neuroscience of Philanthropy