Following rumors that the social media titan would change name in the face of controversy, CEO Mark Zukerberg confirmed it on Thursday 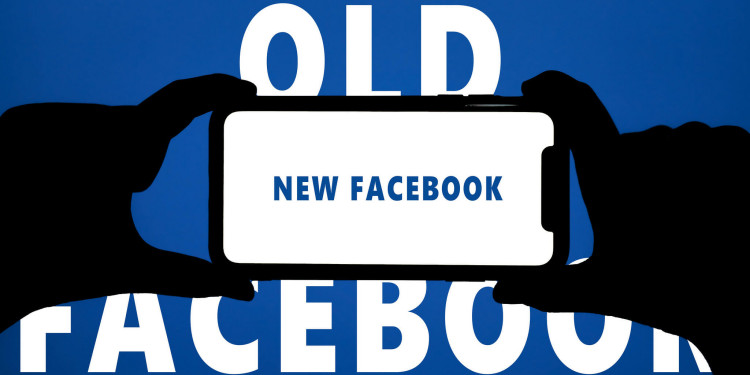 Now we know what the new Facebook will look like. Facebook’s CEO, Mark Zukerberg has announced the name change: The platform will now be branded as Meta Platforms Inc. In line with their recent plans to develop a virtual metaverse, it appears that this is the current focus of the platform. They also revealed a new logo, which resembles an infinity sign.

Zukerberg, referred to the metaverse as “the next frontier” at Facebook’s Connect Conference. He continued, “from now on, we’re going to be metaverse-first, not Facebook-first.” It is clear from the CEO’s remarks that he is shifting the direction of his company, and perhaps, we should begin referring to them as a computing platform instead of a social media platform.

Announcing @Meta — the Facebook company’s new name. Meta is helping to build the metaverse, a place where we’ll play and connect in 3D. Welcome to the next chapter of social connection. pic.twitter.com/ywSJPLsCoD

In this metaverse, people will meet and communicate by entering virtual realities, whether they are talking with colleagues in a boardroom, gathering around the dinner table from opposite sides of the world or taking a yoga class.

This will not be like a zoom call, but rather a fully immersive experience using products like Oculus Quest, a virtual reality headset parented by Facebook. However the product is currently only used for specific experiences, such as riding on roller coasters and online gaming, and the technology to have it augment our daily reality is still years away.

Zukerberg remarked on Thursday, that “right now, our brand is so tightly linked with one product that can’t possibly represent everything we’re doing today, let alone in the future.” Perhaps this tight link to one product would bother the CEO less if that product was not shrouded in controversy.

Related Articles: Facebook to create 10,000 jobs for Europeans to work on a “Metaverse” | Facebook Outage Cost Millions and Sheds Light on its Shortcomings

Facebook recently experienced a whistleblower scandal, where Frances Haugen released documents showing that the company knew that Instagram, an app they own, was damaging young people’s mental health. The Wall Street Journal even reported a case of a 13 year old girl developing an eating disorder after scrolling on Instagram for hours daily and seeing the perfect lives and bodies of influencers. Recently, Facebook also confronted allegations of employment discrimination and faced a fine of USD 14.5 billion.

Here is the full text of my opening statement to the Senate Committee on Commerce, Science & Transportation: https://t.co/2UZGsUw5nl https://t.co/0gCoS9WGiU

One very interesting thing to come out of Thursday’s conference was the announcement that the new name will not affect how the company uses or shares data, and the corporate structure is not changing. This could lead to trouble for Meta, if they keep in place the policies of Facebook then surely they are destined to fall victim to the same scrutiny.

Zukerberg emphasized that safety, privacy and ethics would be part of the development of the metaverse. Such promises appear unfounded given how Facebook has chosen to use data with little consideration given to privacy and considering it has been a continuous issue throughout the company’s history – especially this year following the January 6 attack on the U.S. Capitol, it missed weeks of warning signs.

In short, Facebook has consistently failed to restrict hate speech and has been unable to contain the spread of conspiracies like QAnon in America but also elsewhere. Facebook’s inability to capture hate speech appears to be caused by a combination of factors: Incomplete definition of what constitutes hate speech and inability to identify it in different cultural contexts and languages.

Their flagship social media platforms, including Instagram, Messenger and WhatsApp, will keep their monikers. Furthermore, the company said that its stock will start trading under a new ticker, MVRS, beginning on Dec. 1.

We have lived through the creation of this social network and now it seems the future is a kind of augmented reality that only sci-fi movies dare to dream about. But Zukerberg has high hopes for where the company can go and he has not shied away from the challenge. As he assured the audience, “the future is going to be beyond anything that we can imagine.” But is this true or will the ghosts of Facebook’s past haunt Meta forever? Only time will tell.

Editor’s Note: The opinions expressed here by Impakter.com columnists are their own, not those of Impakter.com.— In the Featured Photo: Speculation of how the ‘new Facebook’ will look. Featured Photo Credit: Marco Verch

Are Vegan Meats Really That Good?