Facebook Outage Cost Millions and Sheds Light on its Shortcomings

Ending the digital divide is important but not through Facebook. 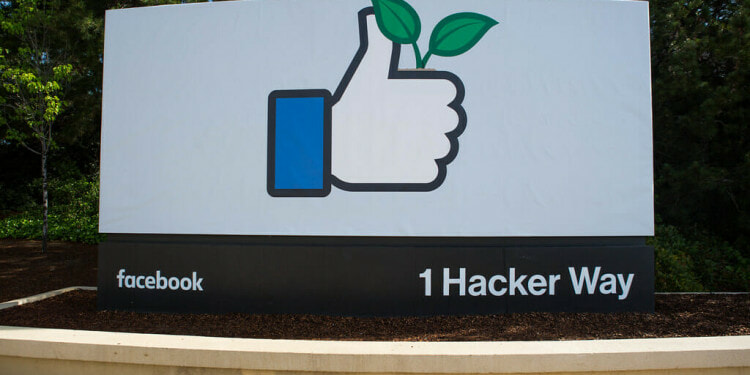 On October 4 Facebook and its suite of apps, such as Instagram and Whatsapp, shut down for a majority of people around the world. For many, the outage was a minor annoyance. For Facebook, it was a massive market devaluation. For others, it was a large-scale infrastructure collapse that left them in the dark.

Routine maintenance on the backbone of Facebook’s data centres caused it to collapse globally for more than six hours. The trouble originated in an update to Facebook’s Border Gateway Protocol (BGP) which acts as a roadmap to servers. The update effectively told the BGP that paths to Facebook didn’t exist. Therefore, anything that had to go through Facebook could not find a path, and it turns out just about everything goes through Facebook. Facebook’s own internal communication servers and security pass systems rely on this protocol so employees were left unable to access workspaces to fix the error.

For some the systems also went down on October 9. Despite releasing a press statement apologising for second outage in one week, Facebook did not explain why its systems were failing again.

The first outage was one of the worst that DownDetector has ever observed and left billions without access. It wasn’t just direct access to Facebook’s apps that suffered, but also other servers that rely on Facebook for infrastructure and services such as user authentication (log-ins). Facebook likely lost an average of $163,565 in revenue every minute that it was down. Its losses in market capitalisation were even more severe as shares dropped 4.9% on Monday, translating to billions of dollars.

A large proportion of its losses came from lost ad revenue which is Facebook’s focal business model. Over 6 million users use Facebook for advertisements annually and the outage hit them all; some smaller businesses reported losses of roughly $10,000.

Facebook isn’t just a marketplace, for millions of users it’s the entire internet

For hundreds of millions around the world though, Facebook is not just a marketplace or social experience, it’s a lifeline, it’s democracy and it’s escape. Outside of America and Europe, Facebook is largely synonymous with the internet. And, unfortunately, also a place to spread conspiracies and fake news.

In 2013 Facebook launched Internet.org, which gave users access to Facebook and other specific websites, without incurring data charges. It was revolutionary, but it wasn’t without its criticisms. In 2019, FreeBasics, its new and improved successor, was rolled out and is now live in 65 countries, having connected millions to the internet for the first time. Today, Facebook Discover is providing low-bandwidth traffic to any website, even if users have run out of data. For millions, Facebook is the internet.

Where Facebook is the internet, Whatsapp is the communication. With over 2 billion users, Whatsapp provides free Wi-Fi communication in countries where mobile phone tariffs are painfully high. Facebook and its products have revolutionised access to the outside world and democracy – a blessing that can become a nightmare when outages strike.

Wael Ghonim famously stated: ‘If you want to liberate society, all you need is the Internet.’

And the internet did indeed help liberate Egypt from its heavy-handed President, Hosni Mubarak. Ghonim was integral to the pro-democracy uprisings in Egypt but he credits the Facebook page he created for sparking the initial protest. Ghonim’s use of Facebook’s products to demand democracy and safety is not an isolated case.

From #EndSARS protests in Nigeria to #BlackLivesMatter rallies across the U.S., Facebook and its products have been integral in the organisation and funding of political uprisings. Social media was used to gather participants as they demanded reform, whilst also allowing protesters to avoid or expose brutal crackdowns from law enforcement.

For those who could not protest, internet access and messaging services provided by Facebook helped them to escape. Refugees are using Whatsapp to update their location as they travel across dangerous routes in the hopes of better lives.

Location updates have not only made it easier for authorities to find refugees when things have gone wrong, but they’ve also laid out a path for other refugees to follow. Refugees no longer have to turn to human traffickers and other exploitative arrangements to make their way to safety.

For those who aim to reform their countries in more peaceful ways, Facebook has provided important tools. In Zimbabwe, Whatsapp has democratised information as independent media organisations use the service to disseminate news which is not state-controlled. In Zimbabwe, WhatsApp connections comprise almost half of all Internet usage in the country as mobile network operators offer incredibly affordable bundles of data for Facebook products.

When Covid-19 closed schools across Zimbabwe, Maxwell Chimedza used Whatsapp to open virtual classrooms for students. Although Chimedza doesn’t know how to use a computer, he effectively used Whatsapp to coach students to achieve top grades without the need for elite or expensive boarding schools.

In Somaliland, a Whatsapp group known as Daryeel connects donors with communities affected by drought. The project brought monthly food packages to 864 families and 600 water trucks in 39 villages, collecting over $255,000 in donations in just 6 months.

For millions, messaging apps and social media platforms have become the primary mode of communication and according to the ICRC, they’re changing the way humanitarian crises are handled.

Social media platforms, and Facebook foremost among them, are also changing how countries are evolving, particularly in the developing world, how they address their political crises and economic challenges. Although Facebook has been used to organise protests against unruly governments, it has also been used to organise genocide.

Just to give a few examples. In Ethiopia and Myanmar Facebook was exploited to incite genocidal violence against ethnic minorities in Ethiopia and Myanmar. Despite being aware of this abuse, Facebook took little action. It also took little action when it found its products were being used to recruit and train hitmen in Mexico and terrorists in Nigeria.

However, there’s  more to it. It’s not just how the products are abused, it’s in the code they run on. Facebook’s algorithm has been likened to terrorist recruitment for the way that it preys on anger, amplifying it and isolating users, locking them into echo chambers.

Related Articles: Facebook and its Horrible, No Good, Very Bad Week | #Woke: The Dangers and Possibilities of Social Media Activism and Woke Washing

The algorithm has had a horrendous effect on the mental health of young girls, especially on Instagram which is very popular with teenagers, as algorithms have sent them spiralling down eating disorder-themed rabbit holes. Others have fallen prey to conspiracy theories that have flourished on the platform. Despite affirmations from Facebook that QAnon and election misinformation would be tackled, the platform is riddled with it.

A third-party review found that Facebook allowed groups to glorify violence during the 2020 U.S. elections and played a role in the deadly riots that stormed Capitol Hill on January 6, 2021. It appears Facebook is useful for bringing down governments, corrupt or not. It is also useful in aiding a global pandemic as anti-vaxxers have taken refuge in the algorithms that amplify their voices.

Avaaz, an NGO dedicated to tackling misinformation, found 3.8 billion views on health misinformation on Facebook between May 2019 and May 2020, including false claims which hadn’t been flagged by fact-checkers. At the time of writing 710,000 Americans have died from Covid-19, a majority of which were unvaccinated.

The danger of Facebook’s monopoly

In 2016, Wael Ghonim famously corrected himself, saying “Five years ago, I said ‘if you want to liberate society, all you need is the Internet.’ Today I believe if we want to liberate society, we first need to liberate the Internet.” And he added, most crucially, “today, our social media experiences are designed in a way that favors broadcasting over engagements, posts over discussions, shallow comments over deep conversations. … It’s as if we agreed that we are here to talk at each other instead of talking with each other.”

Thus, five years after launching the Arab Spring, Wael Ghonim retracted his former position. Although Facebook has its hand in revolutions, it also has its hand in polarisation. More and more, users are separated into small groups that reinforce their views.

“We don’t know how to deal with rumors. Rumors that confirm people’s biases are now believed and spread among millions of people… We tend to only communicate with people that we agree with, and thanks to social media, we can mute, un-follow and block everybody else.”

Facebook’s algorithms are dangerous and following documents leaked to the Wall Street Journal, it has become clearer than ever just how much harm they’re causing and the extent to which Facebook knew. For years, lawmakers have been trying to impose laws on Facebook and Big Tech to reduce monopolies but have largely failed. The debate has been reignited by the damning articles published by the Wall Street Journal.

Data from inside of Facebook was fed to the Wall Street Journal by Frances Haugen, a former employee. Haugen is now testifying before the U.S Senate as to the extent to which Facebook knew its products were causing harm and chose not to act, prioritising profit over people. Not only did Facebook continue its use of these products, it withheld the data from the public and the legislators that have been demanding it for years. Many have compared this move to the tactics of Big Tobacco whilst hoping Big Tech will be held to the same fate.

Although the outage and the current Senate hearings are not related, they have culminated in placing Facebook at the center of public attention and forcing it into crisis mode. Congresswoman, Alexandria Ocasio-Cortez, pointed to the outage as an example of the destructive capacity of monopolies

If Facebook’s monopolistic behavior was checked back when it should’ve been (perhaps around the time it started acquiring competitors like Instagram), the continents of people who depend on WhatsApp & IG for either communication or commerce would be fine right now. Break them up.

The centralisation of the internet to just one company, and one that has consistently acted with impunity sets a dangerous precedent. Billions of people across the world have come to rely on Facebook and the services it provides, but the recent outage has shown the damage that this reliance can cause.

There is no denying the massive impact Facebook has had across the world and the good that it has delivered. Mark Zuckerberg has succeeded in providing millions with internet and many millions have used the products to demand reform and democracy from their governments.

But there’s a problem. Due to its global initiatives, Facebook now sits as a gatekeeper to the internet and it’s an incredibly unaccountable gatekeeper. Again and again, it has allowed conspiracy theories, fake news and biased, unfounded ideas to spread on its platform, with still-to-be measured damage. Facebook has argued that it has set up monitoring systems to prevent this, but they obviously don’t work as Haugen’s testimony has shown.

Now the time has come for governments to demand reform and democracy from Facebook.

Editor’s Note: The opinions expressed here by Impakter.com columnists are their own, not those of Impakter.com. — In the Featured Photo: Facebook’s headquarters at 1 Hacker Way. Featured Photo Credit: Anthony Quintano

Access to a clean environment is a human right, declares the UN

Access to a clean environment is a human right, declares the UN