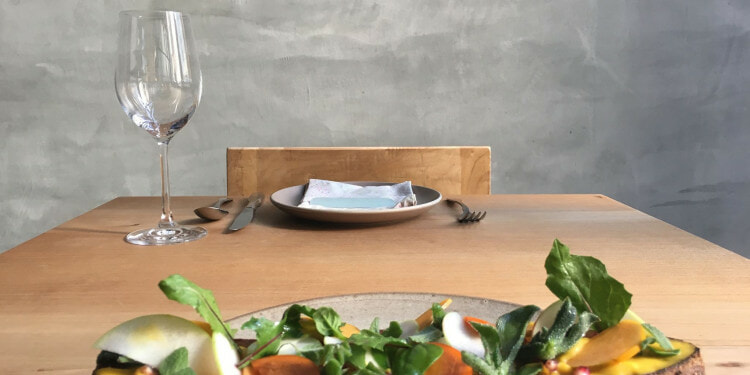 As the only city in the world with a robust and growing number of climate-beneficial restaurants, San Francisco is trailblazing a globally scalable model to solve climate change through food. The Bay Area is leading the way toward a food system that is as delicious as it is necessary.

About half of all greenhouse gas emissions in the world come from the food system—in all its facets. At the same time, food represents 11 of the top 24 feasible solutions to climate change. And unlike other economic sectors, food has the vast ability to reverse global warming by drawing atmospheric carbon down into the soil, where it belongs. A recent peer-reviewed paper by UC Berkeley scientists finds that improving agriculture and soil can actually lower temperatures globally. 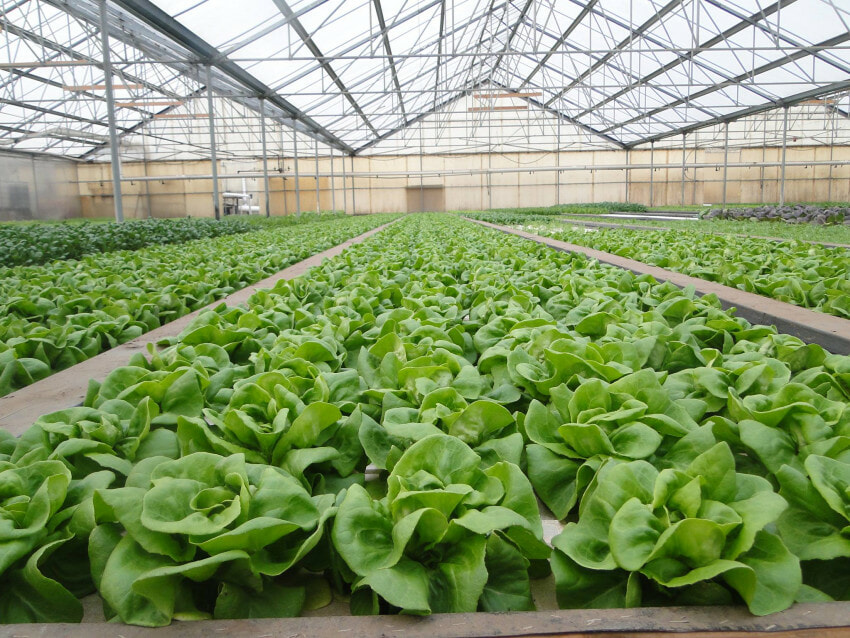 So how could an indulgent Michelin-starred meal help the planet? Besides buying produce from great soil-building farms, Bay Area restaurants are sending money to support environmental projects that reduce or reverse emissions—enough to make the restaurants carbon neutral. The process involves a Life Cycle Assessment, adoption of practical best practices and then a circular economy—funding beneficial actions in the food system.

And Northern California is a global epicenter for Carbon Ranching, a movement that utilizes grass fed beef to restore rangeland. The compost and grazing management at Stemple Creek Ranch, one of the pilot projects that supplies beef to some of the best restaurants in San Francisco has already had as much impact as not burning over 1 million gallons of gas! And that’s from just 1/10th of the ranch, which represents just one two-millionth of the pasture in the US. 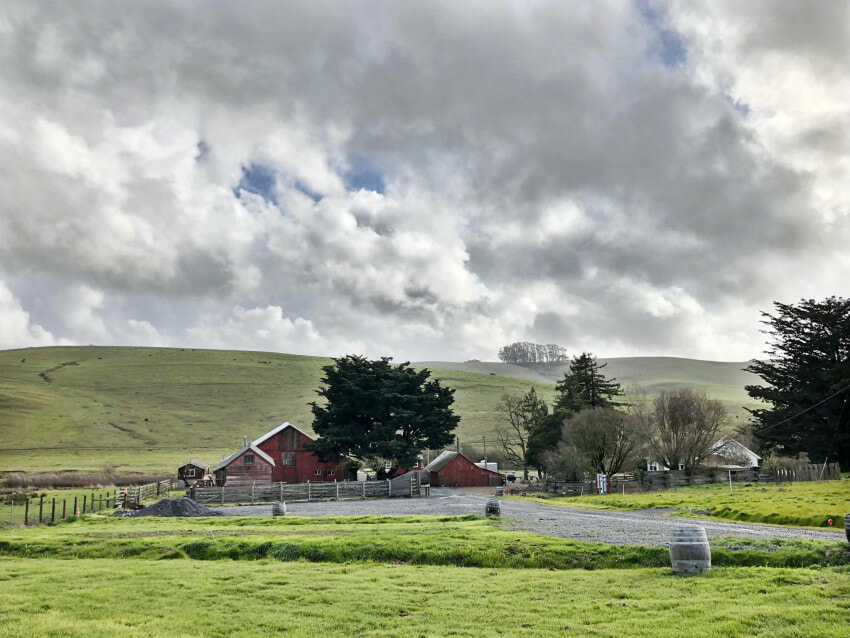 How is that astronomical number even possible? Well, here are some quick facts to chew on:

– Despite all the burgers we eat, there are still fewer pounds of livestock in the US than when the bison roamed.

– Each cow produces 50-70 pounds of manure a day, and that nutrient stream should be part of a healthy soil ecosystem, not filled with antibiotics and dumped in toxic lagoons.

– The arid grassland that cannot be used for growing crops and which used to account for trillions of tons of soil carbon has systematically released it into the atmosphere through bad farming.

– Soil carbon can be rapidly re-stored through Carbon Ranching—think next level Grass-Fed Beef—the soil equivalent of planting trees (and producing delicious and nutrient dense food). Environmentalists who discourage beef should absolutely boycott meat from cows on feedlots but simultaneously promote carbon ranched beef, since soil restoration represents the most practical climate solution known to man. But even though we can make it happen, it’s not free! San Francisco recovers 700 tons of compostables a day, but it still takes hundreds of dollars to apply a thin layer of compost to each acre. And so it will take both actual dollars and cultural capital from great restaurants to broaden this effort.

“SAN FRANCISCO, CA: A LIVABLE FUTURE DESPITE ‘THE NEW ABNORMAL'” 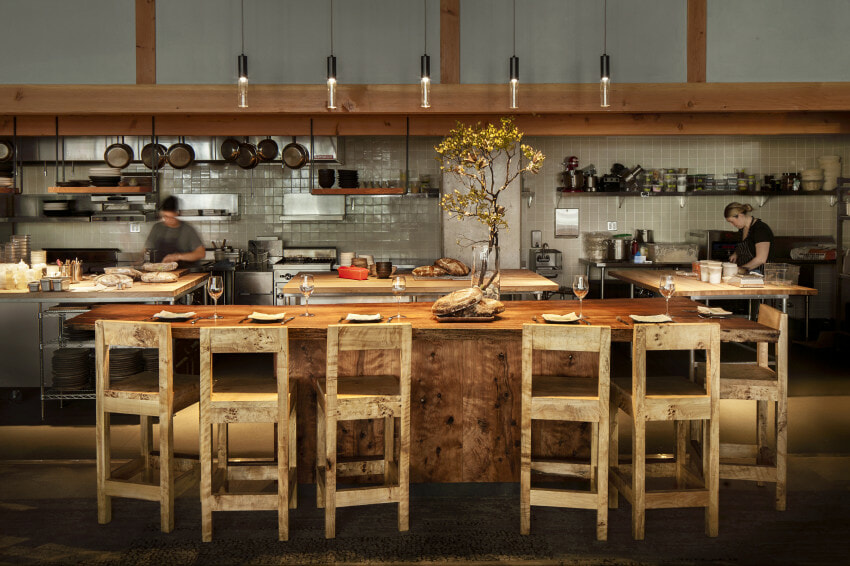 At my restaurant, The Perennial, we source beef and lamb from Stemple Creek Ranch and we’ve taken trips there to learn about carbon ranching (and to plant trees). We are also baking fresh artisan sourdough made from Kernza, a perennial grain. The variety of perennial wheatgrass known as Thinopryum has undergone intensive natural breeding efforts over the last 15 years to create a sustainable grain. Kernza is not a fad wheat alternative, it represents a correction in Farming (yes capital “F” as in all farming). This is because virtually all natural ecosystems are perennial polycultures, yet the vast majority of our agriculture is annual with a reliance on plowing and chemicals. Not to get too heavy, but in order for mankind to survive, we need to start farming with nature instead of against it; we need to prioritize healthy soil.

Some day in the not too distant future, perennial wheat and rice will be the norm, and soil everywhere will have been refilled with organic matter as part of the solution to climate change. And this renewable food system will have been made possible by funding and organic matter being sent from restaurants in cities like San Francisco to surrounding farmland. 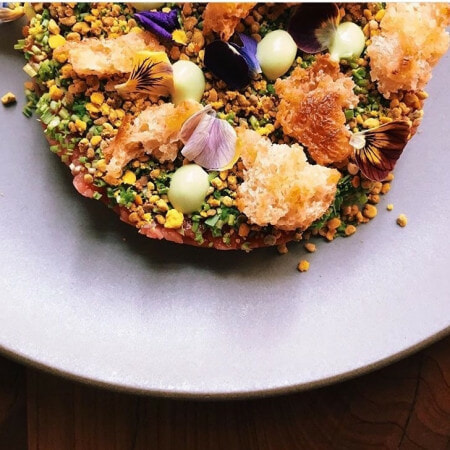 Anthony Myint - Executive Chef and Co-owner of The Perennial

ANTHONY MYINT is Executive Chef and co-owner of The Perennial, where he channels his passion for fighting climate change into cooking. He is also a partner in the restaurants Mission Chinese Food and Commonwealth and a co-founder of the non-profits Zero Foodprint and The Perennial Farming Initiative. He's all about affirmative solutions to climate change, and has gradually become more comfortable in his role as activist-chef-restaurateur-handyman-businessman.