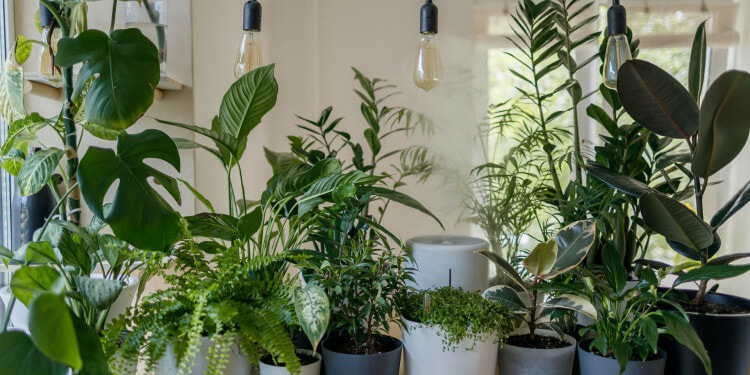 Food insecurity is a problem that a select part of the world has the luxury of ignoring.  With a staggering 73.6% of adults in the United States being overweight, it can seem like Americans have quite the opposite problem compared to the rest of humanity.  However, this is masking a problem endemic to the US and the rest of the world.  Food insecurity as defined by Feeding America is a state in which a household lacks consistent access to the food required to live a healthy and active lifestyle.  They calculate the number of people facing food insecurity in the US in 2020, exacerbated by the pandemic, to be 45 million people.  How did this come about and how are Americans attempting to address this shortfall?

In the same report, Feeding America estimated that in 2019 food insecurity affected around 35 million people. While the 10 million person increase is alarming, it is consistent with how food insecurity develops.  The Office of Disease Prevention and Health Promotion (ODPHP) states that food insecurity occurs due predominantly to “income, employment, race/ethnicity, and disability”.

Pandemic and Food Insecurity Plant Seeds for a New Hobby

The pandemic significantly impacted both income and employment, and can tangentially explain the high rates of child food insecurity. According to 2017 figures 30 million children receive lunch at school and 15 million receive breakfast.  However, there is likely a significant amount of overlap between these two groups.  The school closures that swept through the US in March 2020 undoubtedly impacted the ability of many of the students to consistently access food.  As a result, Americans developed creative methods to feed themselves.

RELATED ARTICLES: The Periodic Table of Veg, A Great Resource To Make Healthy Food Choices |The Bullfight Between Plant Based Meat and Beef |U.S. Food System Needs Significant Changes to End Hunger | The Pros and Cons of Emerging Technology in Our Food System |Why We Need Circular Food Systems and What Cities Can Do About It

Millions with newfound time on their hands turned to gardening as a new hobby.  Nurseries and seed companies reported significantly increased demand in 2020.

Houseplants and succulents, like those wholesale succulents, for instance, found new homes around the country, but many people decided to plant produce.

Common choices included leafy greens, beans, and the ever-popular tomatoes.  In the same article the Washington Post highlighted that historically, seed demand increases along with economic uncertainty.  While many across the country have the luxury of longstanding gardens, millions of others are stuck in urban centers.

Room in the Heart for Plants, Less So in the Apartment

It can be hard to garden if one lives in an apartment building, but there are workarounds.  From window containers to plants that can grow in pots indoors, there are a myriad of solutions.  However, some are taking a more technological approach to bridge this gap.  Rise Gardens has developed high-tech indoor gardens to “bring the joys and benefits of gardening to everyone, with simple indoor hydroponic systems that make it easy and affordable for people to grow beautiful and nutritious veggies all year long”.

Bringing the capacity to grow one’s own food to places where it is typically unavailable is a commendable goal.  However, in America food insecurity’s closest correlating factor is poverty.  At $279 for a personal garden and $549 for a single family garden, Rise’s products may be outside of the financial reach of many families that stand to benefit the most from their use. Regardless, Rise’s goal and achievements are notable and encouraging.

Other opportunities for growing fresh produce in cities exist outside of home gardens.  Community gardens provide an opportunity to develop unused lots in urban landscapes.  They also allow communities to come together, communicate and support healthy lifestyles.  In a 2011 study researchers discovered that:

Food insecurity is an unfortunate and pervasive problem around the world.  Agriculture has the capacity to both save and destroy the planet, as well as us.  Therefore it is of vital importance that we equitably distribute nutritious foods the best we can.

New Plastic From China Degrades in Sun and Air

Joshua Kendall is a postgraduate student studying International Relations at Queen's University Belfast. He likes to learn foreign languages, study politics and is keen on honing his skills in research and analysis.

New Plastic From China Degrades in Sun and Air