The Future of Global Health and Financing: Real Change or “Plus ça change”? 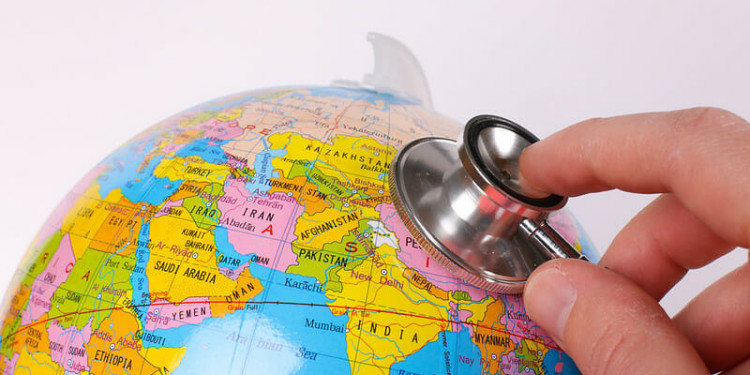 On October 5, the IMF Managing Director Georgieva in looking toward the next IMF annual meeting spoke publicly on the subject of overcoming divides and removing obstacles to recovery. In her discourse she made mention of a “health and financing board” to deal with future health challenges like Covid, noting of course the very valuable billions of SDRs that had already been approved by her institution.

A “board” idea had already been around and created since 2018 in the form of the Global Preparedness Monitoring Board (GPMB).  It was composed of leading organizational heads, met, issued reports ( one in 2021) with little to show for concrete follow up of its recommendations, beyond good intentions.

In over several months in 2021, there have been meetings to voice support for creating a new “board” with a different concept, linking directly the big financiers with the technical entities.

The Pan European Commission on health and sustainable development looked at how Europe and the world could be better prepared for the next emergency, resisting suggestions to restructure institutional arrangements (like, for example, merging WHO and FAO) and relying instead on the existing arrangements. Among the recommendations made, aside from the proposals to create two pan-European institutions, a network for disease control and a health threat council, what stood out was the proposed creation of a global health board. This new entity should be charged with the task to coordinate health, economic, and financial policies within governments and internationally.

In short, the report, under the leadership of former Prime Minister Monti, and building on the role Italy played in meetings of the G7 and G 20, proposed coordination of health, economic, and financial policies work under the G20. Monti said at a virtual press briefing in September that the Italian presidency of the G-20 had already “advanced quite a bit in achieving consensus on this” since the idea was first launched.

That this proposal is finding endorsement by such august bodies as the G20 is encouraging. But the underlying question is not if such a board gets established but what it will be empowered to do. Will it get the necessary financing to operate and have an impact? What would be needed is an entity capable of both guiding policy worldwide and help finance it, in short, to use IMF parlance, a “health and financing board”. But given the institutional territorial interests involved including the IMF, World Bank WHO, FAO, UNEP and OIE, will it have the ability and teeth to work in a coordinated fashion and have a real impact?

To demonstrate its strong commitment, the  IMF itself could get the ball rolling so to speak, using its Article IV authorities by adding it to specifically include pandemic risk assessment. Article IV is how the IMF monitors country commitments to pursue policies conducive to orderly growth and provide data about their economy. Its advice is intended to identify weaknesses, actual and potential, causing or leading to financial or economic instability, a process known as “ surveillance”.

Thus, the IMF assesses countries regularly looking at core economic and financial aspects, including regulatory frameworks. And we know now how much pandemic risk is a part of overall country viability.

At present, as illustrated in this example of a current Article IV review just published on Uruguay, the IMF does deal with Covid impact, but it does not look forward at pandemic preparedness and its economic and financial risk in the future, whether Covid or another pandemic.

If the IMF independently, or drawing on WHO and World Bank health expertise, or as part of the mandate of any new global health and financial board, would do so, now that would be “teeth”. But as far as we know, for now, that doesn’t appear to be on the table. Maybe the annual meeting will surprise us?

Editors Note: The opinions expressed here by Impakter.com columnists are their own, not those of Impakter.com — Featured Image credit: Doctor with stethoscope and globe in his hand. Medical network and health care in Europe and Africa (concept of world medicine, epidemic control, medical tourism) – Featured Photo Credit: Jernej Furman

Voting Rights in America: Where Are We Now?