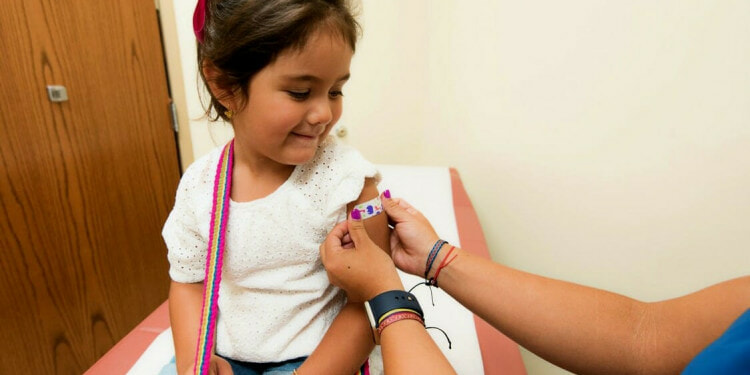 The catastrophic COVID-19 pandemic illustrates the importance of preparedness against zoonotic disease spillover events (or against laboratory accidents involving zoonotic pathogens). The One Health concept is gaining traction among policymakers, public health professionals, and the public. Ideally, instead of playing “whack-a-mole” with zoonoses, we should be strategically preventing them or at least developing rapid deployment vaccines, a.k.a. prototype vaccines.

Indeed, Dr. Anthony S. Fauci, director of the U.S. National Institute of Allergy and Infectious Diseases, is promoting just that—an ambitious and expensive proposal to develop rapid deployment vaccines. It would cost “a few billion dollars” a year, take five years for the first batch of results, and engage a huge cadre of scientists, he said.

The idea is to make prototype vaccines to protect against viruses from about 20 families that might spark a new pandemic. Using research tools that proved successful for COVID-19, researchers would uncover the molecular structure of each virus, learn where antibodies must strike to neutralize them and prod the body into making exactly those antibodies.

“If we get the funding, which I believe we will, it likely will start in 2022,” Dr. Fauci said, adding that he has been promoting the idea of prototype vaccines “in discussions with the White House and others.”

What needs to be part of this grand idea is what we are learning from the COVID-19 experience. Alongside the incredible work of bench science in developing and manufacturing new vaccines including prototype vaccines, complementary investments are needed to assure acceptance and delivery of such vaccines, health systems, and governance.

In other words, if the public doesn’t accept the best vaccine available to contain a deadly pandemic, the effort is doomed to fail.

Prospects of containing future pandemics will require contributions from multiple disciplines, from the hard and soft sciences, including social scientists, policy and public sector leaders, significant engagement of the private sector, and most importantly, communication specialists. These collaborations must be done in both developed and developing countries, among the elites, and the disadvantaged. Ideally, vaccine development should be done in concert with the United Nation’s seventeen Sustainable Development Goals which seek a healthy future for everyone.

We can thank cows for vaccines, arguably the greatest discovery in the history of medicine and public health against scourges like smallpox. In the late eighteenth century, Edward Jenner an English country doctor learned from local doctors that some people, particularly milkmaids, never contracted smallpox. Their exposure to cowpox protected them from the disease. To test their theory, Dr. Jenner scratched cowpox pus into the arm of his gardener’s eight-year-old son and rendered him immune. The first vaccine was born. The Latin word ‘vaca’ means ‘cow.’

Similar concerns are evident during the ongoing COVID-19 pandemic. Among various fears, people don’t trust the government and are suspicious of the rapidity by which the vaccine was developed. What they don’t understand is that the novel mRNA technology used to produce two of the COVID-19 vaccines was decades in the making and was initially created to treat cancers. When SARS-CoV-2 appeared, the platforms were readily available to make vaccines against the spike proteins that the virus uses like a key to enter host cells. In a nutshell, a vaccine provides target practice for the immune system.

The U.S. Food and Drug Administration issued emergency authorization for the use of these vaccines during the pandemic. Aside from some very rare side effects from revving up the immune system, the vaccines have been very safe. Let’s not forget that globally, there have been over 4 million deaths, and in the U.S. alone, there have been over 600 thousand deaths.

The Key Role of Animals in Human Health

There are more vaccines for animals than there are for humans. The deadly livestock disease rinderpest was successfully eradicated in 2011 thanks to a vaccine. This was only the second disease to be eradicated after smallpox. Farmers who depend on their livestock for their livelihoods don’t hesitate to vaccinate them against diseases whereas they might refuse to vaccinate their children.

Vaccines have been successful in controlling deadly zoonotic diseases such as rabies.

Vaccinating animals is a more cost-effective and humane approach to disease control than waiting for sick animals to spread their microbes to humans. The One Health approach uses this strategy to control the spread of zoonotic diseases.

As another example, from 2007-2009, a deadly Q fever outbreak causing disease in sheep and goats in the Netherlands spread to humans. A vaccine against the disease was administered to the animals. It was the first time that a vaccine in animals was used to prevent Q fever in humans.

These examples illustrate that the One Health nexus has existed between animals and humans long before COVID-19.

Where We Are Now

Some COVID-19 vaccines were developed with combined support and funding from the private sector, academia, and the US government. Others were developed by the European Commission which spent hundreds of millions of euros on COVID-19 research. In Germany, Ugur Sahin and Ozlem Tureci, an immigrant Turkish couple developed one of the first groundbreaking messenger RNA (mRNA) COVID-19 vaccines in their company BioNTech which teamed up with Pfizer to mass-produce it. Indeed, mRNA vaccines have proven to be highly efficacious and safe. Without any vaccines, this pandemic “could have been much worse.”

As a result, thanks to everyone’s contributions across the world, from America, Europe, and other G20 member countries like China and India, COVID-19 is nothing like the Spanish flu that killed 50 million people a century ago. The rapidity of the new vaccines, coupled with an imperfect effort to heighten availability, whether through the creation of new international mechanisms like COVAX, vaccine diplomacy, or through “Good Samaritan” intentions, reflect progress in global efforts to contain this pandemic.

At the policy level, improved prospects for doing common cause can be seen in the pre-meetings of the Group of Twenty, representative of virtually all the major political views, which has given visibility to One Health, as has the Group of Seven (the wealthy), and at meetings and papers produced for the World Economic Forum.

What Is Needed Going Forward

In sum, a One Health approach using innovative technologies, pharmaceutical advancements, and intensive analyses of human beliefs and behaviors are needed to control future pandemics. A comprehensive One Health policy coupled with significant financing means that we could be better at dealing with health crises – especially if we use common cause. “Yes, We Can”!

Editor’s Note: The opinions expressed here by Impakter.com columnists are their own, not those of Impakter.com. — Featured Photo by CDC from Pexels

Laura H Kahn, MD, MPH, MPP, is a physician, author, policy researcher, and a lecturer at Princeton University. She is also the Co-Founder of the One Health Initiative