Geoscience as a tool in the twenty-first century 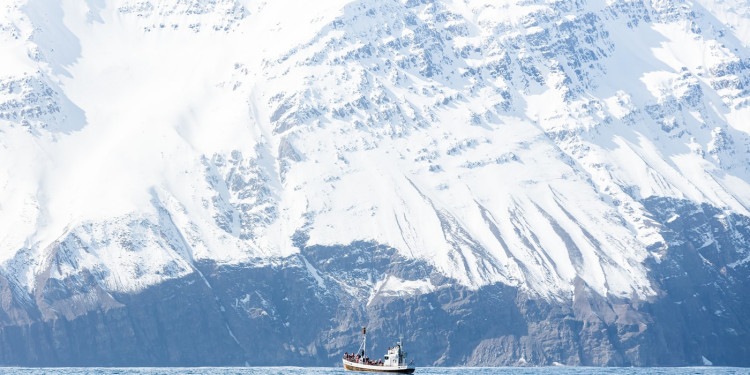 In a series of four articles about science, millennial scientist Jesse Zondervan delves into the future of geoscience applications in relation to the rise of globalization. In his third article, he explores how the frontiers of geoscience work together with those of technology and business. How will geoscience contribute to a healthy and growing economy? How will geoscience help manage the challenges of global growth?

Mining often comes to the fore when geologists think of career options. They might now expect to add scanning the ocean bed to their job descriptions next to the traditional roaming of land in search of suitable mining locations. Monstrous machines that can be remotely controlled from a vessel floating multiple kilometers above the seabed will make deep-sea mining possible.

Geologists have long known that the seafloor harbors a wealth of economic minerals linked to submarine volcanism and nodule deposition in deep low-oxygen waters. Such mineral nodules are the result of tens of millions of years of slow agglomeration around a core of shell or rock. The Clarion Clipperton Zone (CCZ) contains trillions of these nodules, fist-sized and ready to be scooped up. Research projects at universities linked with deep-sea mining companies are targeting prospective mining areas.

The new market for geologist’s seafloor knowledge is driven mainly by the increasing demand for rare earth elements, which apart from being rare as their name suggests are driving the production of renewable energy sources such as solar panels, wind farms, and batteries. The application of exploiting the seafloor is very powerful in that it has the potential to save us from climate change, but could also destroy large swaths of the global ocean ecosystem, and of course, could make some companies very wealthy.

As much as deep-sea mining has been a hyped news item, some developments in the application of scientific knowledge of the Earth have a more limited place in the mind of the public. Whether that’s because they’re coming up or even purely speculative at this stage, I will uncover them in this article. 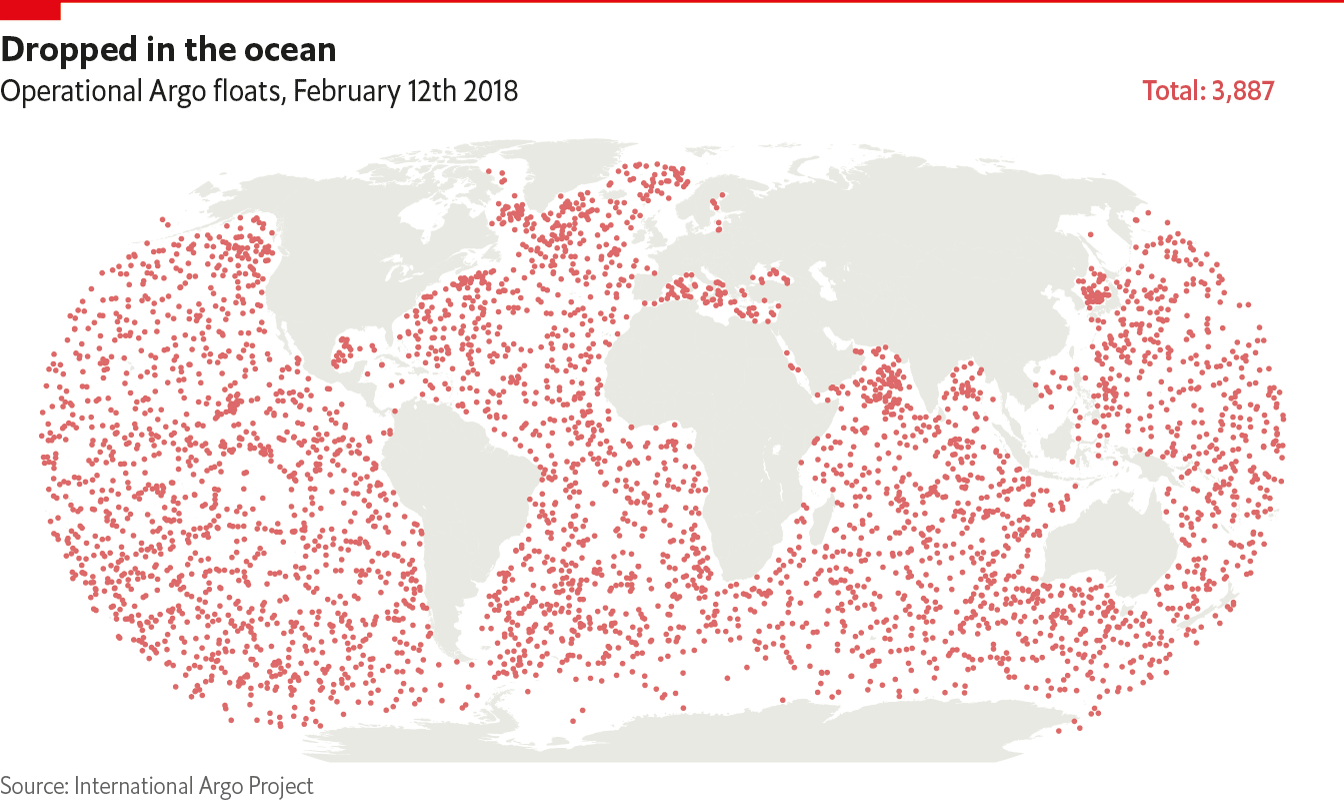 Science and technology driving the exploration of Earth’s oceans

Science leads to new technology, and new technology enables new science. The marriage of the two, therefore, represents a positive feedback loop. Here I give the example of the exploration of our oceans, enabled by new technologies. What is possible? And how could the new knowledge that is streaming in be applied?

One revolution in the way earth scientists gather data and new knowledge was the launch of satellites that started in the 60s, and again when cheaper solutions using technology from mobile phones made satellites cheaper and better. Now, we stand at the threshold of a new opportunity for science: the development of seafaring and diving robots.

In early 2018 the Economist published a technology quarterly report on the way technology transforms our relationship with the ocean. Argos floats are deep water drones that dive to a depth of 2 km, taking measurements of ocean currents, temperature, and nutrients along the way before popping back up to transmit the data. There are currently more than 4,000 of those.

All this data transforms our understanding of the ocean, and with it comes a new power of harnessing the ocean’s resources, through fisheries and oil and gas companies for example. One promising application of our new knowledge of the ocean is the deployment of mega-autonomous fish farms. The largest of these has already been deployed in Norway, where a million baby salmon find their new home in a structure full of sensors monitoring oxygenation and temperature and in which they get fed through feeding tubes.

Deep-sea technology is moving forward, with broad connectivity in the oceans provided by a new network of Low-Earth Orbit satellites covering the surface with an internet connection. Buoys, under development by MIT and partners, can then transmit information to diving drones underwater, by using the ocean’s deep sound channel. Temperature and salinity work together in this ocean layer to create a low-pressure band which is ideal for transmitting signals.

To fuel the progress of this drone fleet, a map of the ocean floor would certainly help. And this too is being worked on, powered by autonomous underwater vehicles (AUVs).

Let’s put this in perspective. You might say, we already see maps of the seafloor on Google Earth. We can see this because changes in the gravity field caused by large-scale underwater topography can be measured by satellites. But this converts to topographical maps of the ocean floor of only up to 5 km resolution.

Mapping the ocean with drones deployed from traditional human-manned research ships is too expensive.

Now the Argo fleet still only has one drone covering an area of ocean the size of Honduras, but innovations are underway, powered by new connectivity and infrastructure in the oceans. What might that mean for the future of science and its applications?Science benefits by going to places where we have not been able to go previously. One such example is the surveying of Antarctic ice sheets by underwater sonar drones. These drones can survey and monitor the bottom of ice sheets to understand the process of ice calving. This is vital in predicting the contribution of Antarctic ice to sea-level rise in the coming century.

Furthermore, I imagine we might see those mega fish farms not only stationary but moving along with favorable conditions, nutrient fluxes and ocean currents which will be monitored like the weather, much like autonomous fish herders. It’s not surprising that the same company that owns the big fish farm, Salmar, owns seafaring drones as well.

In turn, government and international policy might react to our increased monitoring and knowledge of the oceans as well, with marine protected areas moving with the migration of sea creatures, such as whales, or of whole ecosystems following the upwelling of nutrients.

Overall, the exploration driven by science and technology might expect us to see much more control of the oceans by humanity. And that brings me to the next point, which is the relationship between geoscience and capitalism.

Geoscience as a tool for business

Not only is science married to technology, but you could also say both have a strong relationship with capitalism. Private companies fund just over half of the basic science in the US, found surveys by National Science Foundation published in Science Magazine in 2017. So what is the role of geoscience in fuelling global economies?

This summer Europe experienced a record-breaking heatwave. Not only do death rates go up, but heatwaves also increase energy costs and hurt productivity through heat-related stress. Other hazards such as flooding and earthquakes also pose risks to business operations and assets.

In 2017 the German bank published a map of risk to its investment portfolios posed by natural hazards. Deutsche Bank named one example in which they evaluated the effect of the 2011 Thai floods on the underperformance of automakers with supply chains in Thailand. They also predicted Bangkok and 12 other Asian cities will experience the largest growth in annual flood losses from 2005 to 2050.

The precedent set by Deutsche Bank is just the start, with the increasing pressure of insurance companies on cities to plan for climate-driven risk. If you don’t plan, you don’t get insured. Banks globally are also pressuring companies to disclose climate change risk to assets.

Such pressures exerted by the financial system, driven by geoscience knowledge, also forms opportunities for new businesses. And whilst understanding risk would not be possible without the studies performed by geoscientists – e.g. a recent study mapping coastal risks in South America – those studies need to be converted to practical timely advice for businesses and local planners.

And entrepreneurs have jumped to that challenge. One Silicon Valley start-up, Jupiter, addresses the challenge of planning new infrastructure by mapping into the future for every year up to 2030 the risk of infrastructure flooding, so companies can actually plan where to put or move their distribution centers using digital mapping and gis.

Capitalist economies are built on trust in the future, and so in a time where our environment is changing in ways, we find hard to predict, geoscience will be a vital provider of relevant knowledge for our economy. In what other ways will geoscience apply to a changing world?

The world is changing, and science is at the forefront of this change. One trend that I explained in my first article in this series is the global clustering force, with economic output and populations ever more clustering into megaregions or clusters of large all-star cities. This kind of clustering brings new logistical problems with it. How can geotechnical engineering help build where we haven’t ever built before?

As our cities spike up and face challenges with rising rents and jammed roads, we need new infrastructure before cities reach a critical threshold at which they become unsustainable. The obvious space we have not yet maxed-out is the subsurface.

Cities like London are starting to build underground, with a boom of subterranean buildings and the rich splurging on basements filled with pools, cinemas, and even a beach. Infrastructure moves underground too, with the new cross-rail project relying heavily on geoengineers.

All this needs mapping and exploration of underground properties, such as mechanical strength and groundwater flow. Techniques and methods applied in geology also help map existing human structures. The Crossrail ground model is built around almost 1700 boreholes representing c. 60km of ground.

It’s not only the established Western world that requires geoengineers, but the appearance of new Asian economic hothouses also brings with it a new demand for infrastructure.

One such project is China’s One Belt One Road initiative, an ambitious project planning to connect Asia, Africa, and Europe, which has signed many contracts with geotechnical engineers to prospect where to build, with the help of Global Digital Elevation Models for example.

We live in a world that is approaching its environmental limits, and to navigate these our need for innovations in geoscience grows unlike ever in the 250-year history of modern geology.

With more demand for its science and applications, geoscience moves into the center of politics and policy. In my next and final article in this series, I will explore the future of human interaction with its environment and the role that geoscience will have to play in this.

Editors Note: The opinions expressed here by Impakter.com columnists are their own, not those of Impakter.com  — Credit: Photo by Mahkeo

Shape Your Future With Dr. Charles Owubah, CEO of Action Against Hunger

Jesse Zondervan - Geoscience PhD Student at the University of Plymouth

Jesse Zondervan is a geoscience PhD student at the University of Plymouth, having graduated from Imperial College London with a master degree in geology. He has experienced research environments in several countries, including the Netherlands, Australia, Denmark and the UK and is interested in applying his research to global development. He is a contributing author for Geology for Global Development, an organisation raising the profile of international development in the geoscience community. He is also the geoscience editor for science-discussion aggregator ScienceSeeker.