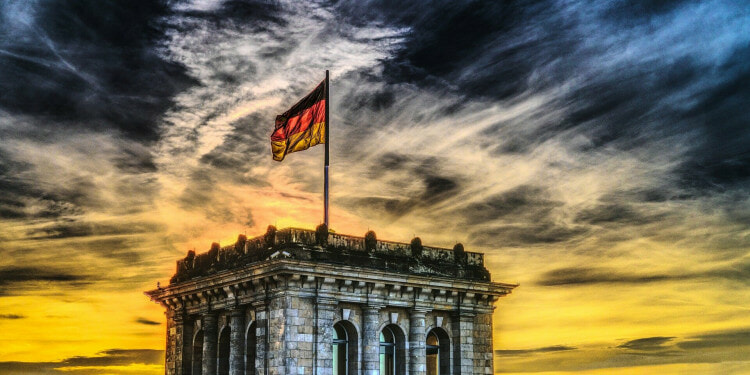 Following Angela Merkel’s 16-year stint as German chancellor, Sunday saw Germans spreading their votes across the political spectrum in the election for her replacement. The vote returned one of the tightest results with the center-left Social Democrats leading by 1.6 percentage points.

This situation will likely lead to weaker German leadership within Europe. It is expected to take months of talks between the political powers to form a coalition. This means Europe’s largest democracy will be suspended in a kind of limbo during a pivotal moment when the continent is struggling to recover from the pandemic.

It is also important to note that France, Germany’s strongest ally at the core of Europe, faces its own election next spring which could prove just as divisive. This fact could weaken Germany’s position in Europe even further.

Germany has enjoyed great stability for over a decade thanks to the leadership of Angela Merkel. Her role as German chancellor saw her guide the country through successive crises and in the process helped Germany become a leading power in Europe. The Christian Democratic Union party has governed Germany for 52 of the 72 postwar years, traditionally with one smaller party. This election marks a change to the stability that Germany is used to.

A proud victory for Scholz, he spoke this morning telling the crowd:

It was a hard-fought victory as the campaign proved to be one of the most difficult in decades. For a long time, Armin Laschet, the candidate for Angela Merkel’s Christian Democrats, boasted of being the front runner. Unfortunately for him, a series of blunders combined with his own unpopularity crushed his party’s lead. Scholz had been the underdog, yet his steady persona led his party to a remarkable 10 point comeback. The Greens briefly led the polls but they fell short of expectations; they still managed their best result on record and it is highly probable that they will form a part of the coalition government Scholz forms.

In all likelihood, Scholz will have to form a coalition with two other parties and it would appear he is looking at the Greens and the pro-business Free Democrats. He said, “There is sufficient overlap between the SPD, Greens and FDP programs to be able to form a government.” It is believed all parties will hold separate meetings in Berlin to discuss their next steps.

Thomas Kleine-Brockhoff, vice-president of the German Marshall Fund, commented on the unusual political situation Germany finds itself in following this election, “It’s so unprecedented that it’s not even clear who talks with whom on whose invitation about what, because the Constitution does not have guardrails for a situation like that.”

There are likely to be complex negotiations in efforts to form a government and analysts believe this will mean the next chancellor will have less time to spend on leading Europe. “Germany will be absent in Europe for a while,” said Andrea Römmele, dean of the Hertie School in Berlin. “And whoever becomes chancellor is likely to be a lot more distracted by domestic politics.”

While Germany will experience a waiting period before getting clear leadership some people have raised the question as to whether Emmanuel Macron, French President, will step into the place left void by Merkel as the dominant figure in European politics.

Reports so far suggest that will not be the case and that the EU is instead headed for a period of uncertainty. According to one report “the Anglo-American “betrayal” in the Australian submarine affair, AUKUS, has underscored [that] Mr. Macron sometimes possesses ambitions beyond his reach. Despite the vacuum Ms. Merkel leaves, a Macron era is unlikely to be born.”

The replacement of Angela Merkel seems an almost impossible task for Germany and this is perhaps evident in the choices voters have made. Some analysts say this increasing fragmentation of Germany’s political landscape has the potential to revitalize politics by bringing more voices into the public debate. But it will no doubt make governing harder, as Germany becomes more like other countries in Europe – among them, Spain, Italy and the Netherlands that have seen a similar fracturing. And messier politics could make the next chancellor weaker.

Despite all the messiness of this election, many Germans took to heart the fact that more than eight in ten voters cast their ballot for a centrist party, marking the political downfall of both the extreme right and extreme left in Germany. The turnout of voters was high and it is expected to have passed the 76% recorded in 2017 during the last national elections.

This marks a new beginning for Germany and there are possibly turbulent waters ahead before a coalition can be concluded. Despite some trepidation surrounding the loss of the stability Angela Merkel provided in power, the resounding message out of Germany in the wake of this election appears to be a fresh start. “It’s the beginning of a new era,” said Ms. Römmele of the Hertie School.

How this new era looks, which parties form the coalition, how Germany copes without Angela Merkel and how indeed the rest of the European Union handles her stepping down is all to be seen. A new period in European politics has begun, we will have to wait patiently to see how it unfolds. In fact, that is, according to Bloomberg, precisely what investors have done: Investors have already discounted the necessary period of wrangling to achieve a coalition government. And we will too.

Editor’s Note: The opinions expressed here by Impakter.com columnists are their own, not those of Impakter.com. — In the Featured Photo: Bundestag German Flag raised at Parliament Building. Featured Photo Credit: Felix Mittermeier.