Global Fight Against Covid: Vaccination Disparity on the Increase? 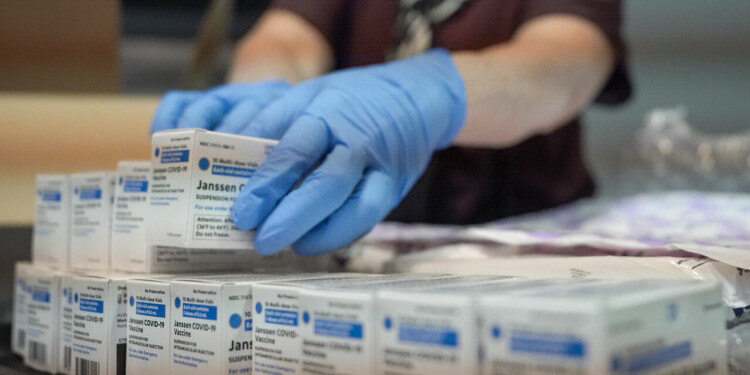 Major pharmaceutical companies are stepping up efforts to lobby key governments to roll out third ‘booster shot’ COVID-19 vaccines, a measure that has been opposed by critics who say that the disparity in global vaccination coverage should take precedence over bolstering the protection of already-inoculated populations.

The clear correlation between economic strength and vaccination rates is a stain on the global fight against COVID-19, one that presents fresh challenges to nations battling the coronavirus and raises questions over international cooperation efforts to end the pandemic.

According to Our World in Data, over 5.8 billion doses have now been administered worldwide, and 29.6 million continue to be provided daily. However, with several wealthy nations persistently hoarding large numbers of vaccines since the first COVID-19 shot in December 2020, just 1.9% of people in low-income nations have received even their first dose.

To make matters worse, due to the time-sensitive nature of the vaccines that must be used within a limited period before they are discarded, many nations are now throwing thousands of vaccines away – an issue exacerbated by anti-vaccination movements that are retaining support in regions such as the United States.

Despite this factor persisting in some areas of the world, vaccination rates continue to rise in affluent nations, and many are preparing to offer third doses before the end of the year.

Among the nations with impressive vaccination coverage are the United Arab Emirates, which boasts a population that is 90% vaccinated with at least one dose, and China, which recently crossed the major milestone of over a billion people vaccinated – both of which are preparing booster shots for certain factions of their populations.

Furthermore, the European Commission recently reached a deal with Novavax for 200 million vaccine doses, anticipating a need for additional vaccines for booster shots despite over 70% of the EU population receiving at least one dose already. Several EU nations are preparing to offer booster vaccines to parts of their populations before the end of the year, including major European powerhouses France and Germany.

Right now we’re planning to hand out extra life jackets to people who already have life jackets while we’re leaving other people to drown without a single life jacket, that is the reality.

Whilst authorities such as the World Health Organisation (WHO) have condemned booster shot rollouts while poorer nations remain so heavily unvaccinated, and debate continues over the actual necessity of a third booster shot, several major pharmaceutical companies including Pfizer and Moderna appear keen to begin administering additional vaccines in nations that can afford it.

Moderna Inc has recently warned that its own data found the efficacy of its vaccine wanes over time, as the company’s president Stephen Hoge told investors that “a third dose of mRNA-1273 has a chance of significantly extending immunity throughout much of next year as we attempt to end the pandemic,” according to a report by Reuters.

Pfizer recently touted a similar message in promoting additional protection offered by booster shots, saying that data collected from both Israel and the United States suggests “that vaccine protection against COVID-19 infection wanes approximately 6 to 8 months following the second dose.”

Pfizer’s Chief Scientific Officer, Philip Dormitzer, told the Financial Times that the company was being “proactive” in “making sure that the solution is in place ahead of a crisis”, as he defended accusations that Pfizer was pushing for a third vaccine before there was a scientific consensus on the need for them.

However, a recent study by a leading group of international scientists from organisations including the FDA and WHO cast doubt over the necessity of booster shots pushed by these pharmaceutical companies, as it was concluded that booster shots are not needed for the general public. The expert review of scientific evidence, published in the peer-reviewed journal The Lancet, reported that current data suggests that vaccine effectiveness may wane in mild cases over time, but protection against severe cases remains strong.

“Current evidence does not, therefore, appear to show a need for boosting in the general population, in which efficacy against severe disease remains high,” the group stated, adding that distribution of boosters is “not appropriate at this stage in the pandemic.”

Whether a COVID-19 booster shot will be needed “is the key scientific question we’re all wrestling with now,” Moderna President Stephen Hoge says. “The reason we should be doing the boosters… is that we know… that there’s a benefit for this fall and winter.” Full interview: pic.twitter.com/JkZjAWu2sp

As nations begin the process of rolling out booster shots and the chasm is further widened between the vaccinated and unvaccinated worlds, the disparities in vaccination coverage present a far more pressing challenge to the global fight against the pandemic than bolstering the protection of those already vaccinated.

Whilst a third booster shot may well increase the efficacy of protection to the already inoculated, the vast imbalance that exists between rich nations considering additional vaccines and poor nations struggling to gather the scraps left behind may well come back to haunt major states hoarding vaccines for themselves.

Lessons on the importance of worldwide vaccination coverage should have been learned from the Delta variant earlier this year, where sparsely-vaccinated India served as a breeding ground for the coronavirus variant to surge in regions that struggled to enforce social distancing.

The resulting variant endangered affluent nations as well as poorer ones, a consequence that could have likely been at least somewhat minimized had 75% of the first 4.8 billion global vaccines not been shared between just 10 nations.

The World Health Organization just called for a moratorium on Covid booster shots. Tedros Adhanom Ghebreyesus, the WHO’s director-general, said in a press conference, “Instead of moving into boosters, it’s better to share what they can use for boosters with other countries.” pic.twitter.com/HyiATgqrJz

The key to overcoming the challenges of vaccination disparities is clear – international cooperation. The WHO Director-General Tedros Adhanom Ghebreyesus has labeled third booster shot rollouts “unconscionable” while vaccination rates remain so low in regions such as Africa, and while progress has been made, particularly through measures such as the COVAX scheme, pressure is mounting on the diplomatic community to step up.

Ghebreyesus recently urged G20 nations, who will convene at a key summit in October, that “the course of the pandemic depends on G20 countries,” adding that they needed to find “concrete commitments” to support the WHO’s targets and that vaccine producers should prioritize COVAX.

The COVAX scheme, directed by Gavi, the Vaccine Alliance, the Coalition for Epidemic Preparedness Innovations, and the World Health Organization, is thankfully showing signs of progress in equitable access to the vaccine. The program has so far shipped over 279 million vaccines to 141 participating nations, and earlier this year G7 nations pledged to provide a billion doses by the end of 2022.

Whilst these figures certainly show a shift towards global vaccine coverage prioritisation, the numbers are still bleak for a swift end to the global pandemic, particularly if booster shots are largely administered ahead of donating to lowly-vaccinated regions.

One can only hope that key nations heed warnings from the WHO over the necessity to vaccinate the world before pushing for a third booster jab. Reaching WHO’s 10% coverage target for every nation will require a substantial push that must be prioritised before extra ‘booster’ coverage is considered, if we are to achieve the ultimate goal of defeating the virus.

Editors Note: The opinions expressed here by Impakter.com columnists are their own, not those of Impakter.com — In the Featured Photo: New York State Department of Health oversees the safe handling and storage of the first doses of the Johnson and Johnson vaccine in support of state efforts to provide mass COVID-19 vaccinations administered by the New York State Department of Health, at the Javits Convention Center in Manhattan, New York, March 03, 2021. Featured Photo Credit: New York National Guard.

The New European Social Climate Fund: How Will It Help the Average European Citizen?

The New European Social Climate Fund: How Will It Help the Average European Citizen?