The Greener, the Better: Copenhagen’s Green Wave of Sustainable Startups 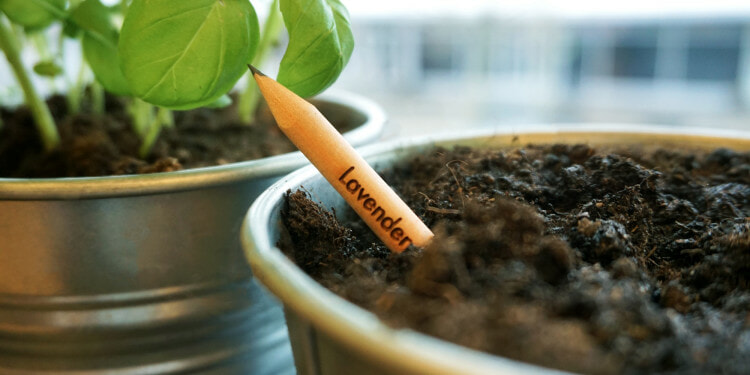 In Copenhagen, economic growth, sustainability and high quality of life are inextricable fruitfully and in ways that can scarcely be seen in other cities. These areas, their synergistic compatibility and the practically effortless yet effectual emphasis placed on them — by the government and NGOs no less than by individuals and the private sector — have made Copenhagen a stable and promising frontrunner in the race to become the world’s first carbon neutral city.

Although over 70 cities worldwide have vowed to achieve a zero-carbon status by 2050, the city of Copenhagen sees and predicts this goal as achievable by 2025, according to their CPH 2025 Climate Plan. Adopted in 2009, this plan — “a plan for exploiting the ambitions about carbon neutrality as leverage for innovation, new jobs and investments” — aims to tackle CO2 reduction through four fundamental areas: energy consumption, energy production, green mobility and city administration. Cutting carbon emissions by 20 percent by 2015, for instance, was one of the mid-term goals set within the energy consumption section of the plan. It was achieved in 2011.

Given results like these, in addition to the European Green Capital Award that Copenhagen received in 2014, as well as everything else we commonly characterize the city by (more bicycles than people, strong welfare and progressive labor laws, low corruption levels and high employment, lots of green and open spaces and water that’s among the cleanest in the world), realizing full carbon neutrality by 2025 doesn’t seem like such a far-fetched goal. And if we take into consideration the city’s thriving start-up scene — even less so.

With 12 startups whose combined value has been estimated at $69 billion, the Nordic region’s startup scene appears to be thriving at a pace quicker than that in any other European area. On a per capita basis, the region’s startup hub has been ranked first in Europe.

In terms of total venture capital received, the Nordic region falls only behind Germany, the UK and France, while Copenhagen, as a city within the Nordic region, leads the way after Stockholm.

Below are some of Copenhagen’s most promising sustainable startups.

The Apple Girl: Apples to Leather

The Apple Girl is a biotechnology startup that turns apples into leather, thus providing sustainable solutions to both our problem with food waste and with leather. Inspired by biomimicry — a science that explores nature and its process, mimicking them in hope of finding solutions to human problems — The Apple Girl transforms pulp waste into sustainable, 100 percent biodegradable-in-nature leather. Or, as they say, into, “a living, breathing product. Safe in your hands and the soil.”

Since the year 1990, carbon emissions by the global leather and meat industry have almost doubled, while the number of apples wasted around the world annually has reached 3.7 trillion.

Whereas the conventional production of one kg of animal leather requires 16,000 liters of water, the methods invented by The Apple Girl only use about one liter of water for every meter of apple leather produced. Created from the pulp waste collected from making apple juice and cider, this leather is soft, resistant to mold and can be thick or thin, sewed and colored.

The winner of Copenhagen’s Green Tech Challenge 2017, Lyras strives to revolutionize the liquid food processing industry by replacing the conventional, 150-year-old methods of pasteurization with their new cold pasteurization technology.

Contrary to how the current methods involve heating the liquids up, Lyras’ technology — a modular, non-thermal pasteurization system — uses UV-light to process those foods, consequently removing “all the drawbacks of conventional pasteurization while eradicating bacteria and reducing energy consumption by more than 90 percent.”

Additionally, as their patented cold pasteurization technology shows greater efficiency in bacteria reduction and as it provides the liquid foods with a gentler treatment, the processed products end up having longer shelf lives and preserving more of their natural taste, vitamins and proteins.

Too Good To Go: The Food Waste Revolution

In describing what they do, the entrepreneurs behind Too Good To Go wrote, “[w]e fight food waste by helping food stores sell their surplus food through our free smartphone app. The result is win-win-win.” The stores that get a chance to sell their surplus food profit from selling items otherwise unmarketable and thrown away, the environment enjoys a reduction in food waste and the users get to delight in meals at a fraction of their price.

According to Food and Agriculture Organization (FAO), the human civilization annually wastes one-third of the food produced for our consumption. Too Good To Go’s vision is to reach a point where food produced will be food consumed.

Sprout, a Danish startup which the entrepreneur Michael Stausholm founded after having won the distribution rights to a Kickstarter campaign by three MIT students, produces and sells the world’s first plantable pencils. Pencils that are non-toxic, sustainably sourced and produced and which, once they’ve become too short to write with and have been planted, will grow into herbs, flowers or even vegetables.

Today, merely five years after its inception, Sprout has sold over 10 million plantable pencils in over 60 countries. They’ve worked with companies like Coca Cola, Disney, Marriott and McKinsey. They’ve made our planet 10 million plants wealthier (provided all pencils sold had been planted) and have given us a green alternative to plastic ball pens — of which, according to Michael Stausholm, we currently produce 50 billion a year, 135 million a day — all the while encouraging sustainability and incorporating it into “all aspects of their business.”

Fesh.Land: A New Age of Farming

Aspiring to reshape the food industry and bring about a new age of farming, Copenhagen based Fresh.Land provides the local farmers with an opportunity to sell their products directly to retailers, without the involvement of middle parties such as wholesalers, distributors or processors. This opportunity comes in the form of an online platform that integrates logistical, financial and legal solutions into one, and which shortens and digitizes the supply chain of food — making the entire process more sustainable and economical at the same time.

The US millenial hotspot pioneering a zero waste economy

Andrej Pavićević is a writer and editor leading the editorial team and working on the Impakter SDGs/Global Leaders series. A recent graduate from the John Cabot University in Rome, he is now pursuing a Master's degree in Sustainable Development while also working as a freelance writer/editor and investing his free time in taking photos and writing anything from film scripts and treatments for friends to poetry, songs and short stories for himself.