Health Threats: Can We Do Better in the Future? 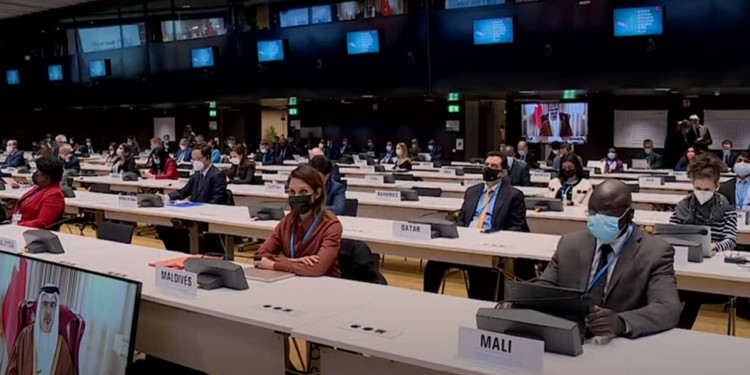 We are in a new phase in health threats and the global environment. Described below are early efforts to pursue a new global pandemic prevention treaty to deal with our most pressing health concerns. Given past and current track records, it is hard to feel confident that we as a global community can come together to provide the wherewithal to do what is needed. We shall see.

Our history – how global public health emerged and evolved

It is important to understand where we are by looking at where we have been.

A series of 1851 Sanitary Conferences were the start of international agreements to curb infectious diseases (originally, cholera, the plague, and yellow fever) that were entering Europe from Asia, particularly from India and the Levant.

At that time, the concept of global health security meant protecting Europe without unduly hindering trade. The Sanitary Conferences led to a binding agreement in 1892—the International Sanitary Convention (ISC), to quarantine for cholera.

European states subsequently adopted additional conventions, which were incorporated into a single ISC. By 1926, primarily cholera, yellow fever, and plague were covered. These conventions were created to protect powerful countries from external threats, rather than to safeguard the public’s health in every region of the world.

In 1907, the Rome Agreement created the Office International d’Hygiène Publique (OIHP), to oversee all international health agreements. In 1948, the World Health Organization (WHO) was established to take on OIHP’s mandate and additionally the convention on air travel.

WHO’s Constitution empowered it to adopt regulations to prevent the international spread of disease, seemingly far‐reaching and binding on Members unless they affirmatively opted out. In 1951, the World Health Assembly (WHA) adopted the International Sanitary Regulations (ISR), covering six diseases.

In 1969, the WHA revised the ISR, changed its name to the International Health Regulations (IHR), and reduced its scope to cover the same three diseases as the original ISC—cholera, plague, and yellow fever—and no others. This scope has subsequently been changed to cover all diseases, discussed below.

The Changing “House of Global Health”

Over time the “House of Global Health” was designed and built primarily by the industrial democracies, adding many wings, cellars, attics and garden sheds.

In this “House” each disease, each intervention, each funding arrangement, each innovative approach has its own room, often without connecting doors or even windows. Almost all the inhabitants of this house are from the traditional 20th-century OECD homestead.

The Need for a Geopolitical Shift in Global Health

In September 2021, this video message from the WHO Director-General Tedros Adhanom was recorded for “Toward a pandemic treaty”, a meeting hosted by the O’Neill Institute for National and Global Health Law at Georgetown University, USA. He broadly delineated what was needed for a geopolitical shift in global health – including attention to One Health – preparing the ground for discussions at the upcoming World Health Assembly two months later.

This is how we got to this point – moving towards stronger global preparedness and pandemic response.

The Evolution of the International Health Regulations (IHR)

In 2005, the WHO adopted Revised International Health Regulations, which in theory required Members to notify WHO of any of a wide range of health events, potentially leading to a determination of a “Public Health Emergency of International Concern” (PHEIC). This new requirement proved to be problematic, and part of the reason is that it is not clear whether the IHR are in fact a treaty or a lesser form of international agreement.

What has been widely recognized is that the IHR were ineffective in dealing with Ebola, and they are in desperate need of revision and reform.

To its credit, and in its recent past, WHO has led a 5‐year negotiation resulting in the 2011 Pandemic Influenza Preparedness (PIP) Framework. The PIP Framework, however, applies only to pandemic influenza, and not to other novel pathogens such as SARS, MERS, and Zika, nor, of course, to COVID. The PIP Framework stands entirely outside the IHR.

There clearly are much broader concerns, and these were taken up by  The Independent Panel for Pandemic Preparedness and Response, which released its review of pandemic responses in May 2021.

“The Independent Panel’s authoritative chronology helps to pinpoint where the IHR obligations are not precise enough or fail to encourage countries and decision-makers to more proactively respond to outbreaks with pandemic potential,” said Dr. Sudhvir Singh, lead author of the paper and an advisor to the Independent Panel. “COVID-19 demonstrated that losing even a few hours or days of time can have deadly consequences,” he added.

Creation of an Intergovernmental Negotiating Body to Strengthen Pandemic  Prevention, Preparedness and Response

Last month, in part as a result of the Independent Panel’s report and worldwide fears and frustrations, an agreement was reached on the drafting of “The World Together: Establishment of an intergovernmental negotiating body to strengthen pandemic prevention, preparedness and response”. This resolution was just adopted by consensus at the WHA Second Special Session.

This step forward was possible because despite reluctance in the past of major players like China, Russia, and the United States to a “treaty”, with a significant effort by Germany, the United Kingdom, the European Union, the framework language was agreed to.  As White House Press Secretary Jen Psaki put it, the U.S. is in favor of “developing a new WHO convention, agreement or other international instrument and making agreements to improve the effectiveness and agility of international health regulations”.

The first draft of the instrument is to be reviewed in March 2022, with the aim to have it finalized no later than August 2022.

Prospects for a Successful Result

The historical record for binding treaties in the health sector is not reassuring either in terms of reaching accords, or effective application.

Yet COVID and particularly its Delta and Omicron variants may have created such havoc on so many levels, for so many countries and regions that, ironically, it may be cause for greater hope: We might finally agree on critical actions to be taken as a global community and in common cause to address a multitude of potential future global health risks.

To paraphrase the Beatles, “it is what the world needs now.”

Editor’s Note: The opinions expressed here by Impakter.com columnists are their own, not those of Impakter.com. — In the Featured Photo: World Health Assembly Dec.1, 2021, where the new instrument to strengthen global response to pandemics was discussed and supported. (screenshot from WHO video)

Rain To Replace Snow In Arctic

Rain To Replace Snow In Arctic