Hondurans celebrate an electoral defeat for a regime accused of facilitating the success of violent organised crime, widespread corruption and violence against opponents 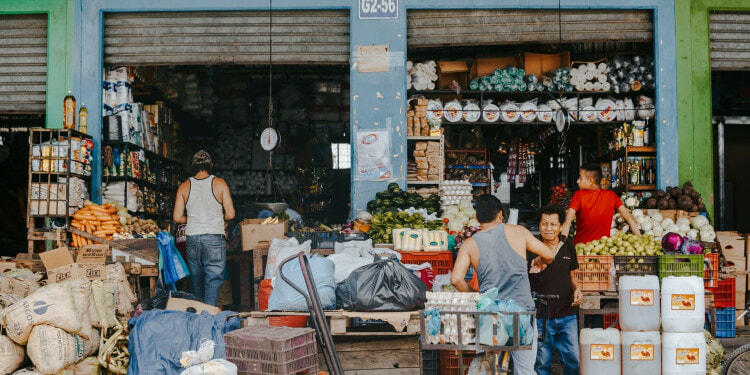 For 12 years, following a military coup, Honduras has been ruled by one party, the National Party. For over a decade, the National Party has eroded democratic processes in Honduras, leaning into authoritarianism, and leaving many political dissidents fearing for their lives and safety. A left-leaning opposition party candidate however, Xiomara Castro, has taken the Presidency, after the ruling party conceded defeat.

Xiomara Castro, 62, is the wife of Manuel Zelaya, who was ousted in a military coup from the Presidency in 2009, after fears mounted over his increasingly leftist tendencies.  This political shift towards the left scared some in the business sector and may have jeopardised relations with the US, with whom Honduras was an ally. This year, Zelaya acted as Castro’s campaign manager, and is expected to have a role in the new government.

Castro led a series of popular protests following the coup, demanding her husband’s reinstatement. The movement was one of the largest in Honduras’s recent history, and cemented Castro’s place as a charismatic new voice in Honduran politics.

The movement evolved into the Libre party, who she represented in the election. She ran in previous elections, vocally opposing the corruption, militarization and drug-trafficking attributed to the National Party. She came second in 2013, but allowed her vice-president, Salvador Nasralla, to run instead of her in 2017 for strategic reasons.

The campaign up to the election was particularly bloody and saw the deaths of 30 candidates, relatives of candidates, and activists. That pre-election death toll is in fact double that of the previous election season, where 15 people, including “including party candidates, municipal councilors and activists” were killed.

The voting day itself however this year was not violent, although not without its problems.

Many feared a repeat of the violence that had occurred in the wake of the previous 2017 election when the ruling National Party represented by Juan Orlando Hernández declared victory amidst widespread fraud allegations. Following the 2017 election, 31 people were reportedly killed.

At least 16 of those were protesters killed by the military police, two of whom were children. According to a UN report issued at the time, the security forces “made intentional lethal use of firearms, including beyond dissuasive or self-defense (legitimate) purposes, such as when protestors were fleeing.”

Commentators in Honduras say the ruling party had the most to gain from the violence, and the fear it induced, which usually has a dampening effect on voter turnout, and dissuades political dissidents from vocal opposition. However, voter turnout this year was the highest it has been in years.

Leftist leader Xiomara Castro claimed victory in Honduras’ presidential election after preliminary results pointed to a landslide win that would make her the first woman leader of the Central American country https://t.co/YSyE5GiAPM pic.twitter.com/5pCIAFipxm

Xiomara Castro, despite her wealth, is popular amongst poorer civilians and has promised to introduce a new welfare payment for the poor and elderly. She has promised to tax the rich, a prospect that will be appealing to many, considering it a step towards the eradication of a startling wealth divide. Since Honduras declared independence from Spain in 1821, a wealthy elite has enjoyed large-scale land ownership and control over the country’s governance.

Corruption has heavily destabilised the country, affecting all the candidates, creating an environment in which violence thrives and poverty remains undressed

Corruption is widespread in Honduras, with all the presidential candidates facing allegations to various degrees. Hernández in particular however, who took power after a military coup that deposed the democratically elected Manuel Zelaya, has been accused by US prosecutors of protecting and aiding drug dealers and cartels in exchange for bribe money, turning Honduras into a “Narco-state.”

Tony Hernández, the brother of the soon-to-be-replaced President, is currently serving life in prison in the US for smuggling tonnes of cocaine into the US. Although denied by Manuel Hernández, as well as all other related allegations, prosecutors allege he conspired with his brother, facilitating a programme of “state-sponsored drug trafficking.”

Xiomara Castro has repeatedly described the President as a running a “narco-dictatorship,” and her jubilant supporters in recent days cheered the possible deportation of Hernández to the US to face trial for the above allegations, chanting that “the gringos are waiting for him.”

If the expulsion of Hernández succeeds in holding corrupt officials in Honduras to account, and Castro follows through with her anti-corruption manifesto aims, Honduras stands to gain tremendously. A staggering number of deaths in Honduras (60% of the total) are linked to organised crime.

Honduras is one of three Central American countries comprising the Northern Triangle, alongside Guatemala and El Salvador. The Northern Triangle faces challenges on multiple fronts: a climate crisis, debilitating poverty and violence. In fact, Honduras has the highest poverty rate in the whole of Central America, as well as one of the highest homicide rates in the world.

The Northern Triangle is a region that has seen large-scale migration of its citizens towards the US, finding themselves amongst those migrants affected by the US-Mexico border crisis. Most of all Non-Mexican encounters at the border were with Northern Triangle migrants.

Last fiscal year, ending October 2021, according to Pew Research center, 19% of all encounters were with Hondurans. Encounters refer to one of two types of interaction with migrants at the border, expulsion or detention (arrest).

A key driver of migration from Honduras is the increasingly harsh living conditions, exacerbated by climate change that continues to devastate Central America. It is worth noting in this regard that the US is one of the world’s largest emitters of carbon emissions, whilst Honduras contributes only 0.1% to the global carbon emission total.

Honduras has a complicated history with the US, and questions remain for the future of relations between the two countries

The US has a long history of having helped fuel violent conditions  across Central America, and Honduras is arguably no exception.

Hernández’s government was bolstered by its relation with the Trump administration, which was sustained by Hernández’s compliance with Trump’s strict migration policy. After the post-election violence in 2017/18, there was no condemnation from the US, who had praised the regime days after its election.

Since 2009, Honduras has also received $114m in security assistance, which is controversial given the history of violence enacted by security forces in the decade since the military coup.

Hilary Clinton has been described as having helped to facilitate the regime following the coup, and the US has been accused of providing financial and technical assistance to the brutal police forces, in order to protect US Strategic and economic interests. Dana Frank, Professor of History at UC Santa Cruz, quoted in the Washington Post, says that the US “have chosen to support these regimes over and over again, with devastating results.”

Things may change, however, under Biden’s administration, and new Honduran leadership. Some commentators have suggested that Castro’s leftist inclinations would present issues for Honduras’s diplomatic relations with the US.

Castro has been painted by the political opposition as a communist, given her husband’s ties to deceased Venezuelan leader Hugo Chávez, and her leftist rhetoric. Castro has lambasted the “neo-liberal model” adopted by the previous regime, and professes a commitment to “democratic socialism.”

However, other analysts say that she is likely to govern according to a centrist agenda, which is supported by Castro’s promise to reach out to the opposition parties for dialogue in the interest of reconciliation, to form a government of “national unity.” Her success was also bolstered by the support of center-right opposition parties and also Salvador Nasralla, who had narrowly lost the election to Hernadez in 2017.

Although likely not to the same degree as Hernández, Castro appears to believe that dialogue with the US can be beneficial for Honduras.

According to Dana Frank, quoted above, “Castro understands much better than the United States that if you want to address the immigration question, you have to address root causes,” and that the priority should be the creation of “a functioning economy.”

Something that may complicate relations between the countries however is Castro’s pledge to strengthen relations with China, currently involved in multiple human rights abuses, including the ongoing oppression of Uyghurs. This forms part of her strategy to encourage foreign investment.

Taiwan has warned against false “flashy” rhetoric from China, and made clear it’s willingness to work with the new Honduran government.

Honduras is currently one of only 15 countries to officially recognise Taiwan, which goes further than the US’s policy of “strategic ambiguity” towards the status of the country. However, Castro sees a greater economic opportunity with Beijing, despite the US expressing that it would like Honduras’s relationship with Taiwan to continue.

It is too early to know how the election results will affect the stability of Honduras, and whether or not Castro can make good on any of her promises to redress the poverty, corruption and find a solution to the lack of climate resilience destabilizing the country.

She herself is not immune from accusations of association with corruption, stemming from financial fraud allegations directed towards her husband, former President Manuel Zelaya. Her success will also be tempered by the congressional results, which are yet to be announced, and may see the National Party hold on to power.

Editor’s Note: The opinions expressed here by Impakter.com columnists are their own, not those of Impakter.com. —  Featured Photo: Honduran Market in Honduras.  Photo Credit: Carli Jeen.