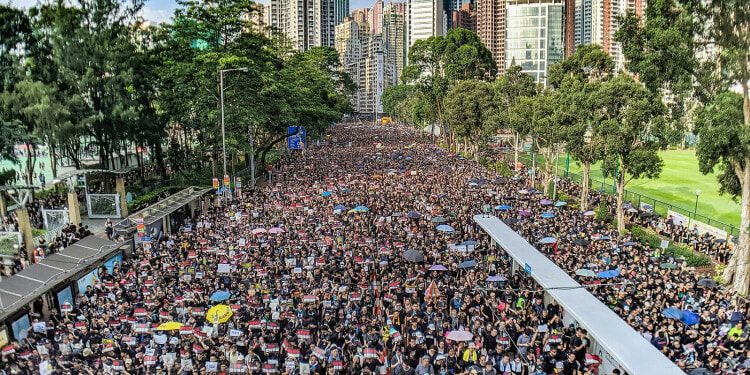 Hong Kong pro-democracy activist Andy Li pleaded guilty on August 19 to charges of conspiracy to commit collusion with a foreign nation, despite calls from politicians around the world for his immediate release.

The activist had previously spent seven months in prison in mainland China following a failed attempt to flee to Taiwan, and was detained on his return to Hong Kong in March after being charged under security legislation imposed upon the city last year by Beijing.

The court heard that Li and his legal assistant Chan Tsz-wah were instructed by prominent media tycoon and China-critic Jimmy Lai, who is facing his own national security trial, in a plot to lobby for sanctions against Hong Kong and China. The charges stated that the activists organised campaigns to call on foreign governments to sanction Chinese and Hong Kong officials, whilst Li was also charged with possession of ammunition without licence.

After pleading guilty in Hong Kong this week, the court was adjourned until January 2022. Li will remain in custody until his sentencing, where he could face a maximum penalty of life imprisonment.

“I agree and I want to say sorry,” Li told the court following the prosecution summary of the charges.

The activist was detained in mainland China along with 12 others last August after a failed attempt to flee by speedboat to the democratic state of Taiwan. Members of the group were facing charges for roles in protests that gripped Hong Kong in 2019, which was followed by a harsh crackdown on demonstrators and anti-government dissenters across the city.

Related Articles: Assessing China: For Worse or Better | COVID-19 Back to Home Base? Surge in Delta Variant Causes China Pandemic Crackdown | The Extradition Bill: The Beginning of the End for Hong Kong?

Commonly known as the “Hong Kong 12,” the activists were given sentences ranging from seven months to three years for “illegal border crossing,” with the exception of two minors on board the boat.

The saga drew international media attention to the treatment they received from Chinese officials, in which the detainees were denied access to their families and lawyers whilst journalists and diplomats were blocked entry to their trials. The individuals were represented by state-appointed lawyers, which drew further criticisms from human rights groups who pointed to the fact that cases tried in China have a close to 100% conviction rate.

#AndyLi turned 31 a few days ago. Behind bars.

Detained for 12 months now. Done nothing wrong. Back in court tomorrow for the latest chapter in his farcical “trial”. #HongKong’s legal system has become little more than a tool of political persecution. #FreeAndyLi pic.twitter.com/a3ICVKedTu

Information surrounding Li’s detainment in China is sparse, as his family claimed they had no means of contacting him following his arrest. It was suggested by local media that Li was detained in a psychiatric hospital in China, sparking fears that he may have been tortured — rumours that are unverified.

Li has received support across the political spectrum, including from a direct campaign by the Inter-Parliamentary Alliance on China, a cross-nation coalition of over 200 MP’s from 20 different legislatures around the world. The group includes prominent politicians from nations such as the United States, Britain, and Australia, who had called upon their respective governments to raise Li’s case with Beijing.

The group called for the pro-democracy activist’s immediate release in a statement in April, declaring that “Andy Li is a peace-loving democrat, motivated by love for his home city and the fulfilment of the promises made to Hong Kong through the Sino-British Joint Declaration and the Basic Law… his case has become emblematic of the Chinese government’s ruthless crackdown on Hong Kong’s way of life, and disregard for the international treaties designed to protect it.”

The group added they “call upon the Hong Kong authorities to release Andy Li together with all of those unjustly detained for democracy activism.”

This message was echoed by Li’s sister, who told Reuters before Li’s hearing this week that “we should look at Andy’s case as one that has significant resemblance to how a case is handled under the Chinese legal system, instead of one going through the usual Hong Kong legal system we are familiar with… if Andy is being silenced then we who are still free have to speak up for him.”

#BREAKING: Over 100 Parliamentarians call for the release of jailed Hong Kong activist #AndyLi.#IPAC members and allies across 18 legislatures commit to making urgent representations on Andy Li’s behalf to their respective governments.

Andy Li will not be forgotten. pic.twitter.com/v8rxqJUMDG

Prominent member of the Inter-Parliamentary Alliance on China and former UK Conservative Party leader Sir Ian Duncan-Smith stated in April that “Andy Li has done absolutely nothing wrong and now faces trumped-up charges,” adding that “the fact that he is reportedly being held in solitary confinement in a psychiatric hospital is appalling.”

Two human rights lawyers in mainland China that attempted to help with the “Hong Kong 12” case saw their licences swiftly revoked, although Chinese authorities claim that the cases of the pro-democracy activists were handled “in accordance with the law.”

Li’s case brings focus back to the 2019 Hong Kong protests, in which almost 250,000 people marched in the streets at its peak. The demonstrations were sparked after authorities proposed legal amendments that would allow criminal suspects to be extradited to mainland China, raising fears among Hong Kong citizens over the future of due process. The protests, which saw violent police crackdowns of largely peaceful demonstrations and the arrests of over 10,000 people, highlight the dangers that remain for activists such as Li, whose rights under due process have been severely undercut and pro-democracy message directly silenced.

Editor’s Note: The opinions expressed here by Impakter.com columnists are their own, not those of Impakter.com. — In the Featured Photo: Hong Kong Anti-Extradition Protests, 2019. Featured Photo Credit:Wikimedia Commons. 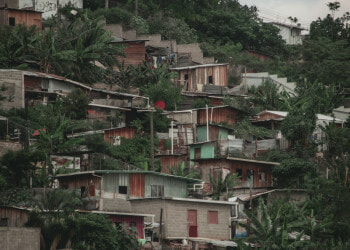