How Pakistan Can Benefit from China’s Carbon Markets 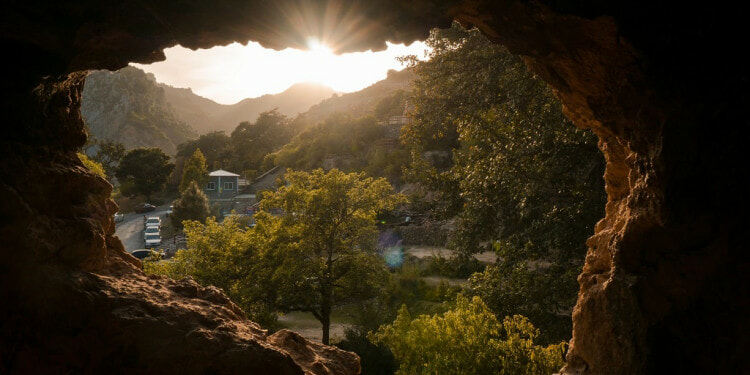 China is set to launch the world’s largest carbon emissions trading scheme by 2025. Carbon trading schemes have been on several countries’ agendas, but their execution has been limited due to fiduciary, technical, and implementation challenges. Pakistan has abundant potential carbon mitigation and adaptation options and could benefit greatly from collaboration with China’s emission trading scheme.

What is a Carbon Market?

A carbon market is one where you can buy and sell carbon credits, which have been validated by an independent expert source. Policymakers are once again advocating carbon markets to efficiently address global climate change and decrease carbon emissions. Within a carbon trading framework, entities generate credits representing emissions cuts and sell them to other nations or companies seeking to offset their own pollution. In theory, carbon markets help steer investment toward projects that deliver emissions cuts most efficiently. In practice, it is an efficient tool to transfer capital from developed to developing economies.

An Opportunity for Pakistan

Pakistan’s history with carbon markets has been a series of fits and starts. In 2005, Pakistan ratified the Kyoto Protocol under which “certified emissions reductions” generated by Clean Development Mechanism (CDM) project activities in developing countries could be used by developed countries credits to meet their emissions targets. In 2010, the Pakistan government allocated funds for carbon trading in its annual budget.

However, by 2012, Pakistan’s share of CDM projects was less than one percent while China and India accounted for 60 % and 30 % of global CDM projects respectively. In the budget for the fiscal year 2015-16, the Pakistani finance ministry allocated PKR 34 million (approximately USD 340,000) for carbon-neutral projects to help the industrial sectors sell and buy carbon credits in a local market. In the same year, the government wrapped up the CDM cell in the Climate Change Division due to its poor performance.

The Pakistan Climate Change Act, 2017 provides the legal and institutional framework for climate policy in Pakistan. The Act envisioned delegating responsibility to the Ministry of Climate Change (MoCC) for designing and establishing a national registry and database on GHG emissions. It seemed to work on paper but not in reality. In 2018, the National Committee on the Establishment of Carbon Markets (NCEC) was formed to assess the country’s potential for implementing domestic and participating in international carbon markets.

The MoCC published a draft report on the introduction of carbon pricing instruments in Pakistan. The report recommends implementing a domestic emissions trading scheme (ETS) in Pakistan that would initially cover large emitters from the power and industry sectors accounting for 168 Mt of CO2 equivalent emissions [5].

RELATED ARTICLES: Bezos and Amazon: Going Really Green or Pretending?|There’s Work to Do & Here’s the Roadmap – The UK’s Energy White Paper |What You Might Not Know About Impact Investing, and How It Can Help Stop the Climate Crisis |China & Singapore Deepen Special Relationship with Green Finance Collaboration | If We Want To Achieve The UN’s Sustainable Development Goals, We Need To Start Increasing Farmers’ Incomes |Regulation A Investment Options Will Benefit Sustainable Startups the Most Next Year

Pakistan has a ripe opportunity to link up with China’s program by developing carbon offsets locally and selling these to China [6]. In its 14th five-year plan, China prioritized carbon trading, including online trading, and Pakistan can benefit from that in the following ways:

What other options does Pakistan have?

Pakistan can also tap into alternative carbon markets such as voluntary emissions trading schemes. Voluntary emissions trading schemes with impact quantification by independent certified bodies such as the Gold Standard would enable Pakistan to unlock private finance via carbon credits. By purchasing Emission Reductions, private sector organizations and countries seeking to cut emissions to meet their emissions reduction targets under the Paris Agreement can finance a direct and quantifiable impact on climate change mitigation that is monitored, verified and certified by the Gold Standard.

Unlike developed countries that have already used up much of their carbon budget due to excessive industrialization, Pakistan is blessed with an abundance of natural resources and has leeway to reduce more regarding forest protection and renewable energy. The next Conference of the Parties (COP) is expected to formalize international trade in carbon credits under the Paris Agreement and carbon pricing will be a key driver of efficiency in global emissions reductions.

In the cover picture: A landscape near Pakistan’s capital Islamabad. Photo Credit: Unsplash.

Science for All: Building a Gender-Inclusive Future in the Sciences

Yawar Herekar currently works with the Global Green Growth Institute (GGGI) as a GCF Accreditation and ESS Policy Expert for the Ministry of Economy in Fiji. Maha Qasim is an Environment & Climate Finance Consultant based in Islamabad.  Cedric Rimaud is a Corporate Bonds and Green Finance Specialist based out of Singapore.