How the EU Can Achieve its Bold New Climate Target 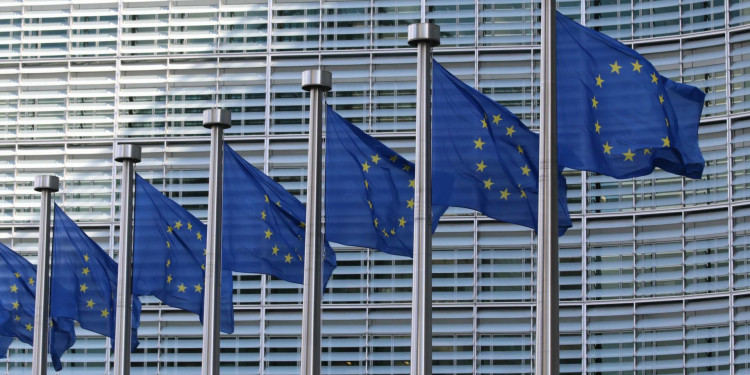 European leaders agreed on December 11, 2020 to slash the EU’s greenhouse gas emissions by at least 55% below 1990 levels by 2030. This is a significant improvement over the EU’s previous pledge of at least a 40% reduction by 2030, honoring a commitment all countries made to the 2015 Paris Agreement to strengthen their national climate plans (NDCs) every five years.

With this new target, the EU will have a greater impact on global emissions over the next decade than any other national 2030 commitment under the Paris Agreement this year.

The EU had already put green recovery at the center of its COVID-19 economic recovery strategy. The European Commission’s new 2030 Climate Action Plan, of which the 55% target is the cornerstone, lays out a roadmap of policy reforms and investments toward a long-term goal of reaching net-zero emissions by 2050 — a move that will benefit the economy while simultaneously fighting temperature rise.

Now comes the next step: strengthening the EU’s policies to ensure a realistic, inclusive and transparent route to reach the 55% goal.

Is the EU on Track to Meet its Climate Goals?

Follow-up steps will be important, as the EU is not currently on track to meet the 55% target by 2030.

According to the latest data from the European Environmental Agency, the EU as a whole is set to meet its 2020 target of a 20% greenhouse gas (GHG) emission reduction and projected to achieve a 37% emissions reduction by 2030 compared to 1990 through national-level measures in EU countries.

The majority of EU countries seem to be on track to achieve the European target of 20% final energy consumption coming from renewables by 2020, but the EEA projects that several countries (including France, Germany and the Netherlands) will need to increase efforts to reach their national renewable energy targets.

It is also important to consider the economic effects of the COVID-19 pandemic that contributed to a drop in emissions and achievement of the 2020 emissions-reduction goal. For example, Germany, the largest-emitting EU country, would not have met its 2020 climate target without the COVID-19 induced emissions drop. Because this emissions drop is not caused by structural changes, it is unlikely that it will have a lasting effect on the EU’s emissions. Significant policy revisions will be needed to accelerate the pace of emissions reductions and get the continent on track to reduce emissions by 55% by 2030. A strong, green recovery from the COVID-19 crisis can help accelerate this shift.

What Needs to Happen Next?

There are several steps the EU can take now, as part of the recovery and beyond, to set itself on a path to achieve the 55% emissions reduction by 2030, including:

Stronger action will be needed across all sectors to achieve the 55% target, both in terms of reducing emissions and increasing removal of CO2 from the atmosphere by protecting forests and other means. This will require revisions to the EU’s main emissions-reduction mechanisms: the Emissions Trading System (ETS), the Effort Sharing Regulation (ESR) and the Land Use, Land Use Change and Forestry Regulation.

In June 2021, the Commission will present a plan to revise and expand the current ETS after guidance from the EU Council. The ETS is the world’s largest carbon market, a cap-and-trade system that regulates emissions in the energy-intensive sectors that make up 40% of the EU’s emissions (power and heat generation, heavy industry and commercial aviation). Up until now, several sectors have not been included in ETS, but European Commissioner Frans Timmermans has expressed interest in adding other sectors, such as shipping. By including more sectors in the ETS, the system can gain more traction, which is crucial for meeting the enhanced target.

The remaining non-ETS sectors such as transport, buildings, agriculture and waste fall under the ESR. The current ESR aim of cutting emissions 30% below 2005 levels by 2030 is not ambitious enough to meet the EU’s enhanced NDC target. The Commission should raise the reduction targets under ESR significantly in order to meet the 55% overall target. Each country should have an ambitious but economically feasible target, with wealthier countries expected to reduce emissions more than others.

2. Ensure that climate action will quickly benefit all citizens and economies.

The 55% target offers the opportunity to accelerate the transition away from fossil fuels. Moving from combustion cars and planes to trains and other low-carbon transportation vehicles will reduce GHG emissions in urban regions while simultaneously limiting air pollution and enhancing air quality. The EC’s proposed transformation in mobility would create extra cycling infrastructure and double high speed train traffic by 2030, improving sustainable urban and inter-urban mobility. Investments made in public transport and cycling infrastructure generate more jobs than investments in roads. This transformation would also result in major savings in public health costs and pollution-control measures throughout Europe, and would particularly benefit the health of European citizens living in increasingly crowded urban areas.

Ensuring an equitable and just transition toward a climate-neutral EU is essential for those with jobs in carbon-intensive sectors and others affected by the low-carbon transformation. For example, investing in building efficiency would allow for a rebound of job opportunities in the construction sector. Investments in energy efficiency in the EU would allow for 2.3 times more jobs per euro spent than investments in fossil fuels.

Europe’s low-carbon efforts have already created 4 million new jobs as of 2019. The Commission’s Renovation Wave initiative, published in September 2020, offers the potential to merge the EU’s three priorities of climate mitigation, digitization and resilience, while decreasing the EU’s energy dependence, reducing energy costs and improving air quality. Although the pathway toward a net-zero Europe by 2050 will require extensive investments, the transition will foster employment opportunities, economic growth and health benefits throughout the EU.

Although the current European Commission has made climate ambition a top priority with the Green Deal, the road toward enhanced climate action has not been straightforward.

EU leaders have been relatively divided about a higher EU 2030 target. Central and Eastern European countries voiced concerns over EU countries’ different economic circumstances and the larger challenges some will face to transition away from fossil fuels. The new agreement takes into account the individual starting point of countries and commits to “considerations of fairness and solidarity.” The Council has also pledged extra Commission funding for Poland’s transition from fossil fuels to clean energy.

However, the Council’s conclusion also included a delay on policy details. EU Council and Commission will still need to agree on revisions to the ETS and the ESR in the coming months. At the same time, Brexit means that the U.K.’s significant reduction in emissions will no longer contribute to the EU’s ability to meet its emission targets. Remaining EU member states will need to make up the difference, with those that show less ambition potentially gaining the ability to obstruct climate policies.

Despite these hurdles, it’s important that individual countries make the most ambitious commitments possible while dividing responsibilities fairly. The Commission’s Just Transition Mechanism and Platform will be a key tool supporting the most carbon-intensive regions in their low-carbon transitions. The tool would support citizens by creating jobs in the green economy and re-skilling where needed, sectors in the transition to low-carbon technology and member states in the overall transition. The sustainable finance system under the Green Deal investment plan, mobilizing public and private investments needed for the transition, will be key for providing the funds needed for a transition away from carbon intensive economies, addressing the concerns of the EU’s more skeptical member states.

A New Growth Strategy for the EU

Members of the EU are clearly embracing a new growth strategy with the adoption of a stronger emissions-reduction target — one that will create jobs, increase efficiencies and bolster the bloc’s economic competitiveness. Now comes the next important step: substantial policy reform and investments across all sectors of Europe’s economy to make the new target achievable and beneficial for all.

Editor’s Note: The opinions expressed here by Impakter.com columnists are their own, not those of Impakter.com. — In the Featured Photo: EU flags at the European Commission Berlaymont building in Brussels, Belgium. Featured Photo Credit: Guillaume Perigois