Countries engage in paradox, with climate change commitments on the one hand and fossil fuel subsidies on the other 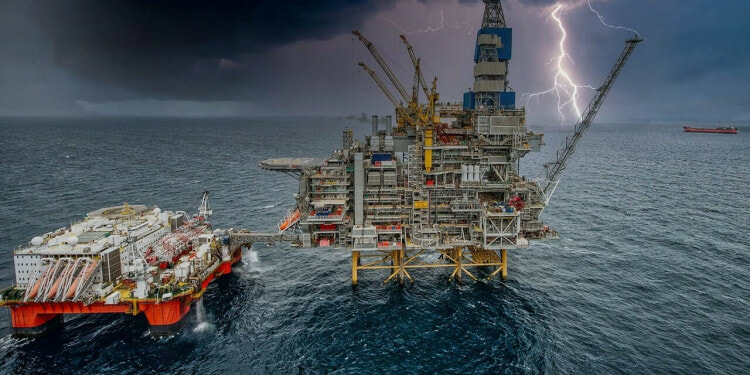 “According to our new IMF staff estimates, global fossil fuel subsidies amount to around $6 trillion in 2020—this is 6.8 percent of global GDP. More than 70 percent reflects undercharging for environmental costs.”

The IMF has arrived at this new figure for global fossil fuel subsidies after developing a new, more comprehensive way of calculating the proper price of pollution, taking into account the health costs of air pollution as well as contributions to the impacts of global warming.

In the video: The Peterson institute made a video presentation of the new IMF paper “Still Not Getting Energy Prices Right: A Global and Country Update of Fossil Fuel Subsidies” with French economist Jean Pisani-Ferry interviewing one of the paper’s lead authors Ian Parry (Oct. 22, 2021)

​An important takeaway from this new IMF paper on global fossil fuel subsidies is the policy conclusion: ​If the world would do away with subsidies and adopt “efficient fuel pricing”​ in 2025​ reflecting the real costs​ of fossil fuels use, then global carbon dioxide emissions​ could be reduced by​ 36 percent below baseline levels while raising revenues worth 3.8 percent of global GDP and preventing 0.9 million deaths caused by air pollution.

Why are fossil fuel subsidies important?

In the next few weeks there will be discussions, disagreement, and ultimately an outcome to the 26th session of the United Nations Climate Change Conference, (COP26) taking place in Glasgow, Scotland, which runs from Oct. 31 to Nov. 12.

Attendance will include many heads of state, including US President Biden and India Prime Minister Modi, although unfortunately not of China’s Xi Jinping or Russia’s Putin who recently announced they were bowing out of a personal appearance.

The agenda will be filled with environmental data, policy aspects, different country performance and positions, non-governmental views, and the willingness of any or all to take action over the next few years.  There will be constant reference to the goal of getting to Net Zero by 2050.

Given the likely information overload, it is useful to have some help in understanding what it all means – and what is at stake – with respect to a particular widespread behavior, namely the close to $6 trillion in fossil fuel subsidies. While the United States is referred to below and considered in some depth, think about how your country, government, or community stacks up.

Getting a handle on the figures

Making such calculations is a tricky business, with any such methodology subjected to critical views of invested industry, governments, ordinary people, skeptics about the reliability of international institutions, and economists in general.

That said, and with all appropriate caveats, here is an explanation of sorts:

“A fossil fuel subsidy is any government action that lowers the cost of fossil fuel energy production, raises the price received by energy producers, or lowers the price paid by energy consumers. Essentially, it’s anything that rigs the game in favor of fossil fuels compared to other energy sources. The most obvious subsidies are direct funding and tax giveaways, but there are many activities that count as subsidies – loans and guarantees at favorable rates, price controls, governments providing resources like land and water to fossil fuel companies at below-market rates, research and development funding, and more.”

Essentially it is anything that distorts the playing field in favor of fossil fuels compared to any other alternative.

Here’s one example of a fairly common “subsidy”, namely infrastructure laws and incentives to encourage investment choices in roads to make auto and trucking more attractive, rather than rail transport.

Going a bit deeper, there are different consumer pre-tax and post-tax subsidy types, and some specifically for producers.  The former occurs when consumers pay prices for gas and the price at the pump is below the costs to supply them; it can also happen when new/additional costs are incurred because of such things as local pollution or traffic accidents which require response/expenses from both the public sector and the concerned individuals.

For the producers, pre-tax and/or post-tax subsidies provide direct or indirect support, increasing the profit line which would not have happened otherwise. The graph below gives a broad picture:

At this juncture, it is worthwhile noting that any ongoing or new subsidy support for carbon capital-intensive infrastructure entails lengthening fossil fuel dependence for decades. It also means potentially drawing away public money that might go to health, education, social development, and even other needed infrastructures such as clean water and sewerage.

Taking the United States as an example

U.S. money flowing directly from the government to fossil fuel companies to support activities like exploration, extraction, and development, is roughly $20.5 billion annually, including $14.7 billion in federal subsidies and $5.8 billion in state-level incentives, according to an Oil Change International report. Eighty percent of this goes to oil and gas with the rest supporting coal, and most of the subsidies are in the form of tax deductions and exemptions.

Indirectly there is an estimated $14.5 billion in subsidies in public sector payments for home heating oil, as well as infrastructure spending to maintain the fossil-based energy system. The International Monetary Fund estimated that the costs to the U.S. government from climate change, local air pollution impacts, and infrastructure damage not captured by energy taxes totaled $686 billion in 2015 (and that figure is, of course, likely to be much larger today as a fast-growing number of studies demonstrate the negative impacts of air pollution).

Further, and not typically included, are billions the United States and also other fossil fuel-dependent country militaries spend to protect oil and natural gas supplies, including direct military spending on things like protecting oil shipping routes and maintaining troops near strategic oil-producing locations.

Keep an eye on COP26 and fossil fuel subsidies

Reducing reliance on fossil fuels will be a priority on the COP26 agenda as a crucial way to get to “Net-Zero” by 2050. As with many things, the devil is in the details.

So, while we listen from outside the conference rooms and the media reports, it is worthwhile for us to keep an eye on what real commitments are made with respect to fossil fuel subsidies going forward. Hopefully a lot.

Editor’s Note: The opinions expressed here by Impakter.com columnists are their own, not those of Impakter.com. — In the Featured Photo: Working on oil platform offshore  Source: Youtube video Sept 2020 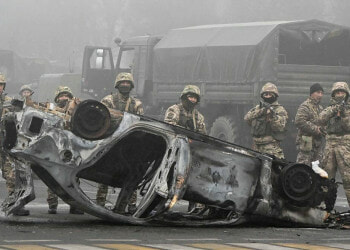 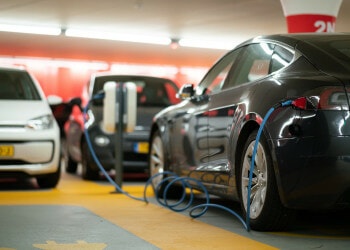 These Super Batteries Will Drive Us Forward In 2022