Indigenous Australian Culture as a Call for Environmental and Cultural Sustainability

Can a culture that has existed for over 60,000 years help shape our response to climate change? 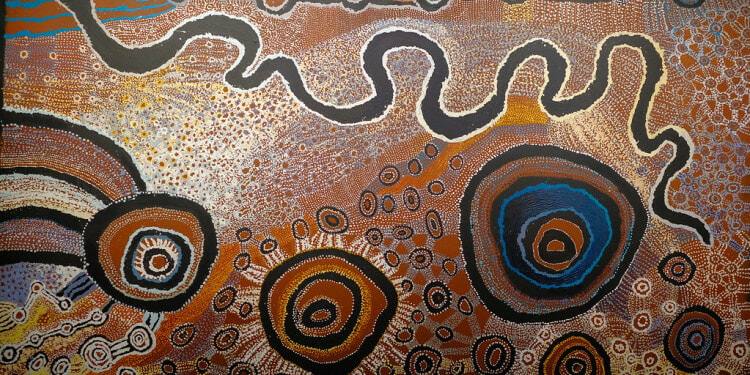 Australia has been the focus of several recent debates following the global movement to decolonise curriculums, histories, cultures, and societies. Whilst relations between Indigenous and non-Indigenous Australians are believed by many to have improved, University of Tasmania professor, Maggie Walter argues that in the 21st century “the country remains more divided than ever.”

Indigenous landowners of Australia (made up of Aboriginals and Torres Strait Islanders) have suffered at the hands of European settlers since the “First Fleet” of British convict ships arrived in Sydney in 1788. European settlement has led to the suppression of traditional languages, ceremonies, and cultures. Today, evidence of Australia’s colonial legacy is reflected in the huge disparity in living conditions, healthcare, and the economic and social prosperity of Indigenous Australians compared to that of non-Indigenous Australians. As a result, one of the world’s oldest cultures and knowledge systems is becoming extinct.

Clint Bracknell, one of Australia’s leading researchers in Indigenous culture, has advocated for the potential relevance of Indigenous language and art in Western society. A huge focus of Bracknell’s argument lies in the abundance of knowledge that exists in a community whose members identify themselves as caretakers of the Earth. A culture of understanding designed around the protection of nature may be highly advantageous in tackling climate change. The significance of the physical environment to Indigenous Australians today is showcased in artwork and music.

A recent exhibition at the Ian Potter Centre in Melbourne titled “Big Weather,” reflected upon Indigenous Australia’s sophisticated understanding of weather systems in order to address “changing weather patterns and the ongoing effects of colonisation on the land and its processes.” Clinton Naina’s artwork, “Stolen climate” (2020) is made from cotton and bleach. Naina used these materials to represent an industry that has its origins in slavery. The bleach is used as  “a metaphor of western imperialism and colonisation” that has played a huge role in “the creation of the [environmental] circumstances that we face together globally as people.”

Further to this, popular Indigenous band from the Northern Territory, Yothu Yindi, has based several of their songs on symbols of the Earth. In their most successful single, “Treaty,” the joining of two rivers becomes a symbol of hope for the reconciliation of Indigenous and non-Indigenous Australians. Water is also the centre of life in Indigenous Australian culture. In “Treaty,” Yothu Yindi suggests that a natural phenomenon, such as flowing water, also has the power to connect two physically and ideologically distant groups of people.

What are the implications for Australia as a whole?

For a culture that is rapidly diminishing both in numbers and understanding, it is highly significant that its values are so aligned with contemporary concerns. It is time that non-Indigenous Australians recognise the potential that Indigenous culture and knowledge holds in shaping a sustainable future. The Yothu Yindi Foundation (originally founded by the band of the same name) has aims which align with this model: introducing Indigenous landholders of the Northern Territory to the Western concepts of conservation and sustainability in the hope that they may offer the beginnings of viable solutions.

Whether colonial Australia can ever fully accept responsibility for Australia’s environmental situation and acknowledge the power that Indigenous knowledge systems have to bring about positive change remains to be seen. However, with the movement to decolonise curriculums around the world gaining momentum and organisations such as the Yothu Yindi Foundation working to promote the relevance of Indigenous culture, there appears to be hope for change.

Editor’s Note: The opinions expressed here by Impakter.com columnists are their own, not those of Impakter.com.   — In the Featured Photo: Indigenous Australian artwork from the Northern Territory. Featured Photo Credit: Geoff Whalan

The Fourth Industrial Revolution and the Intelligence Era: What Next?

Cameroon’s Refugees Don’t Strain the Environment, They Sustain It

Cameroon's Refugees Don't Strain the Environment, They Sustain It