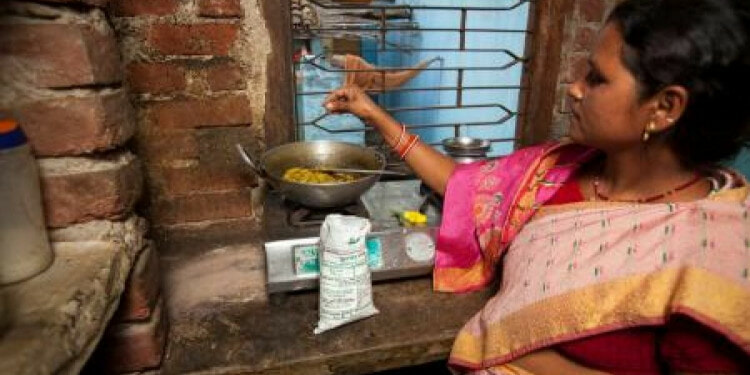 The evidence is in: an innovation, iron-fortified salt, has just proved to be effective in the global fight against iron deficiency. This is important because iron deficiency anemia is a longstanding debilitating cause of reduced immunity, maternal and infant mortality, and impaired development in children. It has been happening over centuries and at this writing, iron deficiency anemia affects billions, mostly in low-income countries.

And it is insidious: From the womb throughout the rest of the first 1,000 days of life, a child is more likely to have a variety of cognitive weaknesses linked to iron deficiency. Iron is key for human health because of the way human bodies function: It takes four atoms of iron to help form the molecule hemoglobin, the protein in a red blood cell that stores and transports oxygen. And this oxygen burns the fuel glucose providing the energy that does the cells’ work throughout the body.

The World Health Organization has weighed in the global iron deficiency crisis and reported that an estimated 40 percent of pregnant women on Earth are anemic and 42 percent of children under the age of five. One-third of all women of reproductive age are anemic.

There have been countless efforts to search for ways to provide adequate dietary iron for people living in different environments, with differing diets and access to food rich enough in iron.

One attractive universal option is salt. Salt is consumed everywhere and by everyone, regardless of age, gender, or income, and is often the only condiment available to the poor. It was seen as probably an ideal way to do so, “if” it could be added to an already existing iodine salt delivery system. Hence, the recourse to using iron-fortified salt together with iodine – a.k.a Double Fortified Salt.

India has done it. Underway since 2018 in the Indian State of Madhya Pradesh,  Double Fortified Salt has been made available to millions using a successful technology and delivery system. The news of the positive impact of “double fortified salt” was reported by the Times of India this month, indicating as a final result of the survey a full 6% drop in anemia in 20 districts under Madhya Pradesh’s program. The program targeted people “who not only had high anemia levels but also belonged to impoverished backgrounds with scant access to resources.”

In such a short time, these are amazing results. The innovative process is the product of unstinting efforts over many years by devoted scientists led by Venkatesh Mannar – an Indian scientist, among whose contributions was the development of technologies that allowed iodine to be added to salt. The effort was joined by policy advocates, nutritionist experts, development specialists, researchers, academics, industrialists, and other professionals. They were committed to finding an operational and relatively straightforward way to deliver iron-fortified salt, these two crucial “Is” – iodine and iron – especially to people at the farthest ends of the food chain.

The saga of salt is captured on YouTube in “A Full Bowl: The Alan Berg Story.” Alan Berg (of the Food for Peace, The Brookings Institution and The World Bank) has devoted a lifetime to combat world hunger and malnutrition.

The India success hit the news cycle now and it is worthwhile to put it in context. The iron deficiency anemia challenge has been a longstanding one, discussed and recognized in global meetings, declarations, and Action Plans.

For instance, the 1992 International Conference on Nutrition in Rome, Italy approved a World Declaration and Plan of Action which included the following:

“41. Iron deficiency and/or anaemia is the most common micronutrient deficiency, especially affecting young children and women of reproductive age. Uncorrected anaemia can lead to learning disabilities, an increased risk of infection and diminished work capacity and to death of women during pregnancy and at childbirth. Thus, iron deficiency has an impact on all segments of society.”

In 2000 the United Nations’ eight Millennium Development Goals (MDGs), included one to improve reducing anemia in women of reproductive age. In 2015 the U.N. approved new aspirational objectives with its 17 Sustainable Development Goals (SDGs), most to be achieved by 2030, including SDG 2 “to end hunger, achieve food security, and improved nutrition…” One of its targets is to reduce anemia in women. But as of now, not a single country was on target to achieve that goal.

There will soon be an opportunity to showcase the Madhya Pradesh DFS example.  In September 2021, the United Nations Food Systems Summit will be held in conjunction with the UN General Assembly. Nutrition is in its Action Track 1, namely, “Ensure access to safe and nutritious food for all”.

This will be a chance to consider this new solution to a core intractable global health problem – for this generation and generations to come. As the Madhya Pradesh results have shown, the technology behind iron-fortified salt, a.k.a. Double Fortified Salt (DFS), is a reality on a large scale. It can be replicated elsewhere, in other conditions, further tested, and refined.

The DFS approach is a promising pathway to significantly reduce all forms of iron deficiency. It is potentially a micronutrient game-changer, at a time the vulnerable need as much help as science, industry, and governments can provide.

Editor’s Note: The opinions expressed here by Impakter.com columnists are their own, not those of Impakter.com. — In the Featured Photo: Use of double-fortified salt, image from International Development Research Centre (ICRD) Canada, photo by Bartay