One in five of the country’s carbon credits are “junk”, according to new report 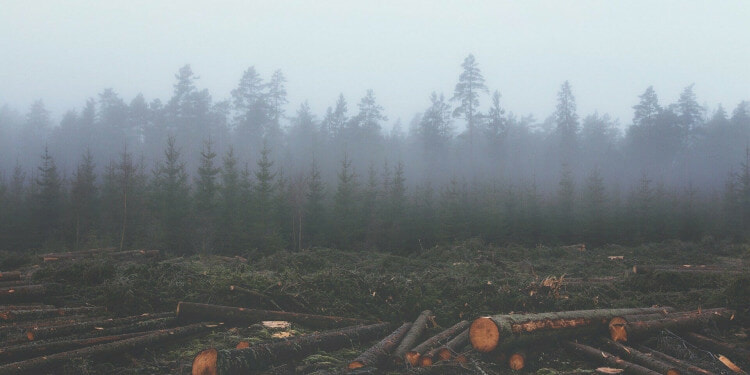 One in five of the carbon credits issued by Australia’s government, making up a core part of Australia’s climate policy, have been found to be “junk”, according to a new report.

A report by the Australian Conservation Foundation (ACF) found that many of the carbon credits created by the government have not made an impact on reducing deforestation. This is because many of the areas supposedly protected by these credits were never going to be cleared.

The Australian government has committed to buying 26.3 million carbon credits, which the ACF estimates will use $310 million of taxpayer money.

The buying of carbon credits aims to reduce deforestation by paying the landholders not to remove vegetation from their land, helping to stop the rise of carbon emissions. At the same time, it grants the landholder the right to emit a certain amount of carbon dioxide.

Related Articles: Trade Associations Speak on Carbon Pricing. Will Action Follow? | How Not to Introduce a Carbon Tax: The Australia Example | How Pakistan Can Benefit from China’s Carbon Markets

What’s more, the number of carbon credits suggests a level of land-clearing at nearly 750% above the current rate, according to the report. This figure, however, could be as high as 12,000%. To put it another way, it would take 128 to 1,936 years to clear this amount of land.

Merzian has also called on the emissions reduction minister to “hit pause” on these types of emission reductions agreements.

One in five carbon credits issued by the Federal Government’s $4.5 billion Emission Reduction Fund (ERF) do not represent real abatement and are essentially ‘junk’ credits. via @AnnicaSchooACF and @RichieMerzian 👉 https://t.co/T5EEULCfVj

Just another climate failure for the Australian government?

The Australian government has come under fire in the past for its track record on climate. This project is part of the government’s Climate Solutions Fund (CSF), a $2 billion investment that pays farms and businesses not to pollute.

But this is very similar to the 2014 Emissions Reductions Fund, a $4.5 billion public project that was seen by many as a huge waste of public money. This fund also involved giving companies and polluters carbon credits. Former prime minister Malcolm Turnbull has even described the CSF as “‘a recipe for fiscal recklessness”.

Many view the current climate goals as not nearly ambitious enough. A senior climate official from the US described Australia’s pledge to reduce emissions by 26-28% of 2005 levels as not sufficient”.

The Climate Change Performance Index has also ranked Australia as last for its climate policy, out of the 57 countries most responsible for the rise in carbon emissions.

Despite this, Current Prime Minister Scott Morrison has resisted calls to toughen climate policy, stating that the country is on target to hit net zero emissions.

Is the Carbon Market the Best Way to Tackle Climate Change?

The carbon market, which includes carbon credits, offsets, and pricing, shines a light on the difficulty of any kind of climate pledge not tied to tangible consequences. These carbon credits were provided in good faith, with the hopes that the landholders were in fact going to clear their land before they purchased credits. If done incorrectly, carbon offsets and credits can mean that governments pay polluters to pollute just as much as before.

Some might see this report as a good reason for the Australian government to move away from carbon offsets and pricing, towards other methods of climate action. While the carbon market can seem appealing, this is just another indicator that we cannot simply buy our way out of the climate crisis.

What’s The UN General Assembly Got to Do With It?