Is Cryptocurrency the New Way We Buy and Sell? 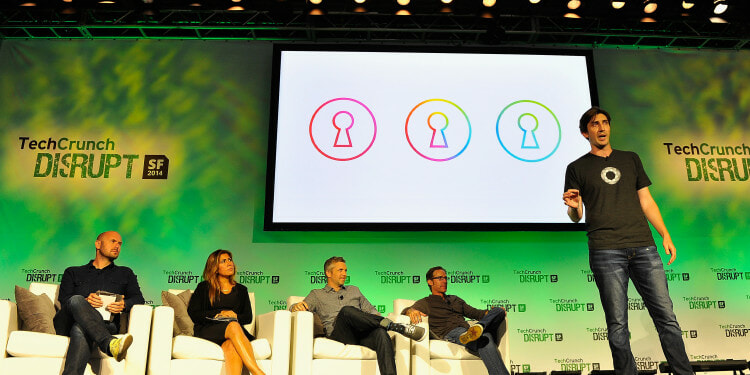 We live in a time in which technology is exponentially growing and beginning to play a role in our economy. Cryptocurrency is becoming more and more popular yet some are skeptical about the overall security of money you can’t physically see or hold. I had the opportunity to learn more from the CEO of Gem, Micah Winkelspecht, who discusses how he introduced Gem to Bitcoin pro developers “enabling them to create wallets based on multisignatures.” They hope to grow the idea of cryptocurrency by developing tools useful to the community and introducing an “unparalleled security model.”

What is Gem and what need does it fulfill?

Gem is a blockchain architecture company based in Venice, California. Our platform enables financial institutions and large organizations to build and scale blockchain solutions for real problems. Current data management systems struggle to reconcile disparate sets of information. Our platform allows organizations to connect their different databases to an application that unifies that information into a cohesive repository, permanently records network history, and executes contracts based on rules set by the application. The real benefit of this platform is that organizations can grant third parties, such as regulators, read and write access to this network without compromising data integrity or privacy.

“THE VISIONARY OF HABIT-FORMING TECHNOLOGY”

How did this company get started?

Gem launched our identity and key management API at TechCrunch Disrupt’s Startup Battlefield in 2014. We pioneered our API aimed at Bitcoin developers enabling them to create wallets based on multisignature and other technologies.  At the time, our API brought much needed developer tools to the community by offering them an unparalleled security model.

Following the success of our developer API, Gem has developed a platform that enables database-reliant industries, such as finance and healthcare, to use private blockchain technology to adapt their infrastructure for the future. 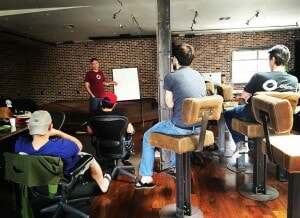 In the Photo: The Gem team discussing recent accomplishments and future tasks.

What is cryptocurrency and how does Gem allow the consumer to utilize it?

Blockchains create digital representations of value, like a digital token or record. Cryptocurrencies, like Bitcoin, are digital tokens for a specific blockchain. They use public-key/private-key encryption to create secure transactions. Bitcoin is an example of a cryptocurrency that has been “commoditized,” meaning that it trades for real value on public exchanges and can be used as a currency or form of digital cash.

Gem takes blockchains far beyond their currency application. Because virtually any type of information can be digitized, codified and placed onto a blockchain, we can create a secure and auditable record of that information – like health records, voting, titles, asset origination, identity access management and more. We enable our partners to create their own blockchain and issue whatever kind of digital asset required to manage value cross-enterprise or even cross-industry.

Banks are some of the most powerful entities in the world … Have you had any issues with them yet or see any roadblocks in the future?

No, not at all. In fact we believe banking and finance have the most to gain from leveraging blockchain technology. The surge in global investment in fintech ventures demonstrates that a digital revolution is well underway in the financial sector with investment tripling from $4 billion in 2013 to over $12 billion in 2014, according to Accenture.

If regulatory guidance can’t keep up with innovation, that’s a problem that needs to be solved, not simply accepted as fact. Blockchains can address that.

However, blockchain innovation is still challenged by critics. They claim issues such as regulatory and legal challenges, interoperability issues, and the cost of overhauling legacy infrastructure will hamper the adoption of this technology. These issues exist in the current paradigm, and they face any company that wants to innovate finance. Those that understand blockchains like we do already know that distributed ledgers are actually the solution to these challenges. If regulatory guidance can’t keep up with innovation, that’s a problem that needs to be solved, not simply accepted as fact. Blockchains can address that. 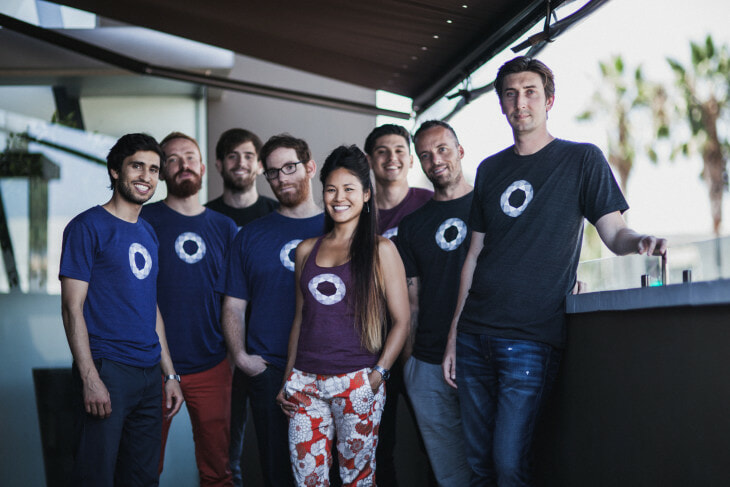 In the Photo: The Gem Team.

What’s next for Gem?

There is a significant educational gap in blockchain technology, and we know that for stakeholders to understand the potential for blockchain, they need to grasp its core innovative offerings. So we are demonstrating how this complex technology can solve real problems. We’ve launched the “The Distributed Ledger,” a weekly newsletter that covers current events in blockchain technology for financial institutions and large organizations. And we’re presently focused on expanding our team to meet the increased demand for our blockchain platform.

Fitness is a Privilege: Interview with Olympic weightlifter Camille Brown

Building a Community of Kid Creators

Currently studying Sport Management at the State University of New York at Cortland. I am a member of the Rugby team but also enjoy any other type of sport/recreation. I believe that sports can be a huge benefit for society and be utilized to help inspire people all over the world. I have a passion for marketing with hopes to pursue that in the sport business.

Building a Community of Kid Creators