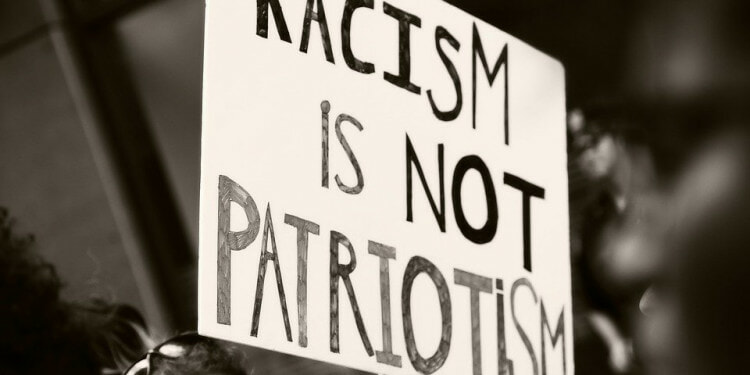 At its most basic level, the fairest system of voting most accurately reflects the principle of one person one vote.  According to that standard, does the American system measure up and when it discriminates, does it discriminate fairly?

For example, we think it fair that persons below the age of 18 can’t vote, but with the passage of the Voting Rights Act, it becomes clear that we won’t tolerate overt racial discrimination in voting or in some cases practices like gerrymandering, that have the effect of racial bias. Even so, is the American system of voting still racist?

In the three branches of government, women and minorities are hugely underrepresented. There has been only one African American president and no women.  In the House African Americans have achieved rough parity with the population however in the Senate there are only three African Americans — Vice President-Elect Kamala Harris, Tim Scott R of South Carolina, and Corey Booker D of New Jersey.

On the Federal Bench, only 23 percent of all District and Courts of Appeal judges are people of color,  despite the fact that they comprise 40 percent of the population and there are wide gender disparities as well.

Is this maldistribution of representation a racist plot? I would answer that question with a contingent “no”.  The era of Jim Crow is over;  poll taxes, literacy, and grandfather tests are outlawed, gone with the passage of the Voting Rights Act.  However, what remains is a system of voting that both discourages turnout and encourages nefarious gaming of the system.

In designing a democracy there is a crucial choice to be made.  Should citizens vote for parties or people, ideas, or individuals?  In the U.S. Constitution, the Framers chose people, resulting in a single-member districting system.  In most other modern political systems, citizens vote in part or whole for parties. This makes sense as the government consists of a set of policies and those policies are what matters to people, not who their representative happens to be.

A single-member districting system is fraught with problems, the most glaring of which is who draws up district boundaries. In the United States, self-interested legislatures draw up district boundaries including their own. In Federalist #10 Madison made the point that no man should be a judge in his own cause. However, by allowing legislatures to redistrict themselves, the Framers did just that.

Related Articles: Trump and Mail-In Voting | How Racist is the American Political System?

By and large, policies aren’t racist because legislators (and presidents and judges) are racists, it is because they are overwhelmingly White, and there is a distinction.  We are probably at the point where most politicians believe all people are created equal.  They just aren’t willing to do anything about it, especially if it threatens their own positions of power or the status and future of their children.

This is the fundamental flaw of the single-member districting system and it cannot be fixed.

The problem with voting in the United States, therefore, is that we really don’t have much of a choice. Whether John Smith or Joe Jones gets elected doesn’t really matter. Besides most elections are not competitive anyhow.

Over 90 percent of incumbents are reelected to the House, most presidents are reelected to a second term and while the reelection rate of Senators is slightly lower (because they can’t set their own district boundaries) they insure their reelection in other ways. Therefore, it isn’t hard to understand why in comparison to other countries, Americans don’t vote.  It is not because they are lazy, it is because they are rational and there are more effective means of political participation.

About the Author: Daniel Franklin is retired (Emeritus) from the Department of Political Science at Georgia State University. Franklin does research on Politics and Film and the U.S. Presidency. His latest book, published in August 2020 (at the SUNY Press), is on The Politics of Presidential Impeachment. He is a participant in the Scholars Strategy Network.

Editor’s Note: The opinions expressed here by Impakter.com columnists are their own, not those of Impakter.com. — In the Featured Photo: A sign reads “Racism is not Patriotism.” Featured Photo Credit: Javier Robles.

Daniel Franklin is retired (Emeritus) from the Department of Political Science at Georgia State University. Franklin researches Politics and Film and the U.S. Presidency. His latest book, published in August 2020 (at the SUNY Press), is on The Politics of Presidential Impeachment. He is a participant in the Scholars Strategy Network.