Empowerment Through Play: An Interview with Jambo Bukoba 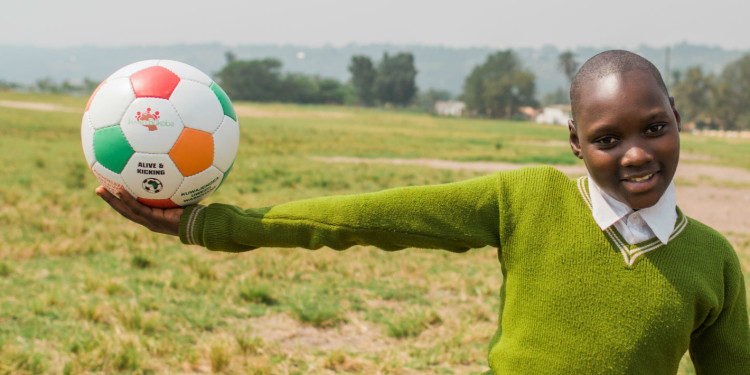 Jambo Bukoba, (translated as “Hello Bukoba”), is a development organization based in Germany and Tanzania. Set up in 2008, it aims to improve health, education and gender equality for children in Tanzania, using sport as its primary vehicle. Jambo Bukoba has created a unique teacher training concept called “Life Skills Through Games”. Special games provide the children with a learning-by-doing experience, promoting a range of skills that includes interpersonal, decision-making, critical thinking, communication and self-management ones.

A second tier focuses on health, with trainings on HIV/AIDs. Teachers impart their “Life Skills Through Games” learning to their pupils, creating awareness and equipping the children with new confidence. By the end of 2017, Jambo Bukoba had covered ninety eight per cent of all primary schools in the Kagera Region of Tanzania, reaching more than 500,000 children with their program. The organization’s work has generated an improvement in school examination results, with Kagera climbing and becoming the third best region in the nationwide league today.

We spoke to the organization’s founder, Clemens Mulokozi, and asked him to look back at his journey — from his awareness of a need for change to the successful development of Jambo Bukoba’s operations today.

Clemens Mulokozi: I am half Tanzanian and half German. After completing school, I started working in communications, and that job eventually lead to another with one of the important banks in sports sponsorship. A turning point came with my father’s death in 2006, in Tanzania, when, while sorting through his files, I came across a short autobiography he had written. Reading it got me wondering how he had gone from such lowly circumstances in a poor African country to studying at one of the best universities in Germany; especially considering that most children in Tanzania weren’t educated then. According to 2012 figures, forty per cent still don’t make it past the primary school level.

In setting up Jambo Bukoba, there was no eureka moment; it was a process of awareness.

My grandfather was a coffee farmer and had at some point set up a collective with other farmers. In doing so, he improved his circumstances and was able to pay for my father’s education. My father was one of a small group of fortunate students who had been sent to study abroad after Tanzania’s independence in 1961. That’s how he ended up taking chemistry in Munich. He was truly lucky and was a hard worker who used the chances that were offered to him.

Having been a child when I lived in Tanzania, I didn’t have the perspective to see how tough things were. I didn’t question how my relatives in the rural area around the city of Bukoba met the challenges of basic survival needs, such as obtaining water, for instance. I had often accompanied my cousins, who would trek for miles just to fetch water from a hole and who I had observed were mostly girls. Later, as an adult, I realized that girls were missing out on school because they were doing this chore, a chore given to them in far greater quantities than to boys. And little has changed since; girls are still fetching the water. Fifteen per cent of them receive no education and their prospects are still truly limited.

Illnesses and deaths prevent children from going to school, too. The first cases of HIV/AIDs were reported in the Kagera Region in the 1980s. Twenty five per cent of Tanzania’s children were left orphaned by AIDS. As a parent, I realized how frightening it would be if my son were to be orphaned and how limited his opportunities would become without parental support.

After reflecting on my life in Germany, I saw that my opportunities arose from me being lucky enough to be living in Germany and to be obtaining a good education. The paths of my peers in Tanzania were very different. And that’s not due to a lack of talent, intelligence or drive on their parts. It’s because their environment doesn’t support growth and opportunities. With this new understanding, I felt an urge to help the children and the youth in Tanzania. I believe that, with education and an awareness of health and gender equality, girls and boys will be able to have better prospects in life. I have therefore decided to focus on those areas.

Through my job and my hobby marathon running, I have witnessed the power of sport and its capability to build confidence and strength in people. In the hope of using this power for good, we funded a training concept that was developed in cooperation with the German Sport University Cologne, called “Life Skills through Games”.

The basic premise is the teaching of games, focused on empowerment, to sports teachers at workshops in Tanzania. Acting as multipliers, teachers play these games with their students. By conveying important life skills and boosting children’s confidence, we are creating a mind-set change: children are learning by doing and experiencing positive results. 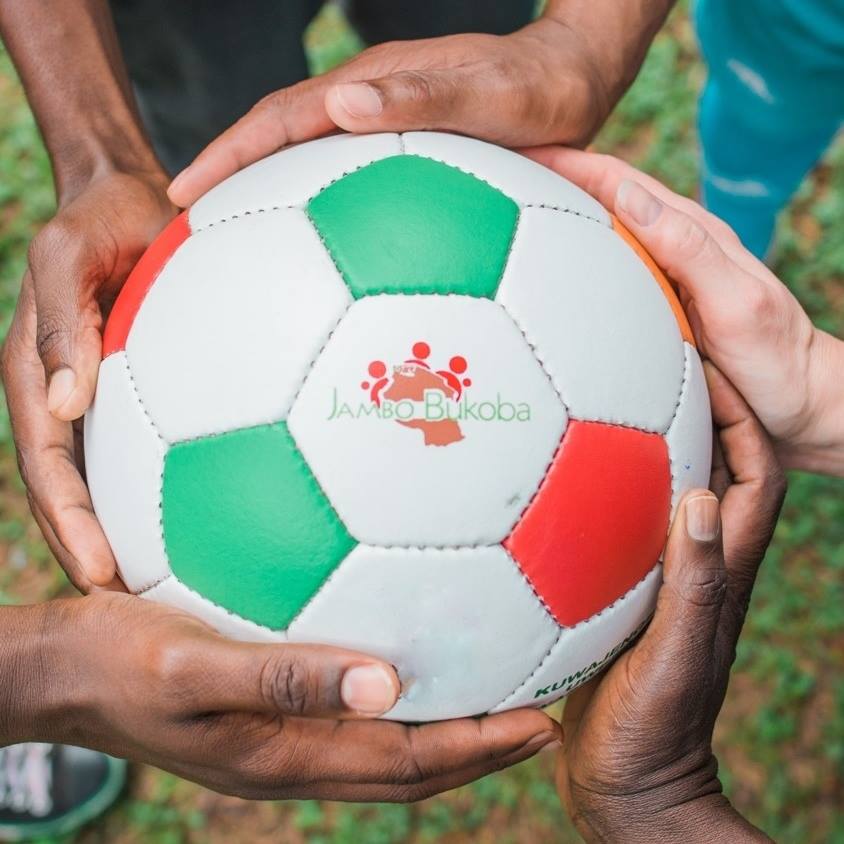 Other workshops deal with HIV/AIDs and disease avoidance. Teachers discuss these taboo themes with their pupils and equip them with the know-how they need to protect themselves. To date, we have taught 1,000 teachers, who have communicated our “Life Skills through Games” message to over 500,000 children.

AFRICA UNSEEN: WHAT THE WEST CHOOSES NOT TO TELL by Ala Oueslati

Once a year, we hold a games day — we call it a bonanza. At these bonanzas, children get the chance to win a school building project, like a new classroom, toilet or library. Bonanzas also function as a monitoring and evaluation tool. We get to see what games are being taught, whether the girls are being integrated and what messages are being learned. After each game, a discussion is held between the players and the teachers, and the lessons learned are reflected on.

Building project prizes are a great source of motivation not only for the children, but for the teachers as well. Any improvement to a school is going to make their job easier to do; constructing an extra classroom, for example, would reduce the class sizes, consequently facilitating the transfer of knowledge between teachers and pupils.

A unique aspect of our approach is the involvement of the community. If a school wins a building project, their community has to contribute twenty five per cent of the total costs in some form, usually through skilled labour or materials. The project then becomes the community’s project and the locals become more vested in it and its success.

We aim for a quota of fifty per cent female teachers in our workshops. In our games, fifty per cent of participants should be girls. Football, for example, is played in girl-boy partnerships. Over the last years, many of our building projects have focused on water infrastructure, and have, for example, involved installations of water tanks.

With water close at hand, girls won’t be sent to fetch it and will be able to spend more time at school. We also learned that girls frequently skip school, especially when they are menstruating, because of poor sanitation. Sanitation and hygiene are also areas we have started to deal with. In ways beneficial to girls, our approach often tackles several issues at once.

My vision is that these children will experience a change in mind-set; that girls will have a more positive self-perception, that boys will see them as equals and that the Tanzanian children will start to feel empowered. We will continue our work in Kagera and will expand into other regions of Tanzania. We would also like to develop a Jambo Bukoba campus that provides basic post-primary vocational training. Our project is a process, one which continues to develop in new and exciting ways with every new day.

My dream is for those children of today to be the educated, egalitarian and confident adults of tomorrow with chances in life.

Editors Note: The opinions expressed here by Impakter.com columnists are their own, not those of Impakter.com. Featured Photo Credit: Jambo Bukoba

Muriel Burke is a Corporate Partnerships Manager at SOS-Kinderdörfer weltweit, a non-governmental international development organization that works on securing the rights and interests of children around the globe. A graduate from the University of Limerick in European Studies with Languages, she currently lives and works in Munich, Germany, and volunteers for Jambo Bukoba. 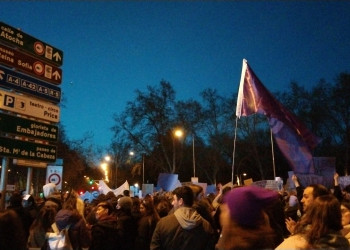 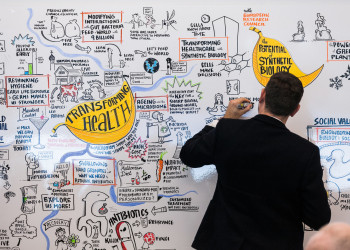