Japan Enters Into a Tidal Power Project in Canada 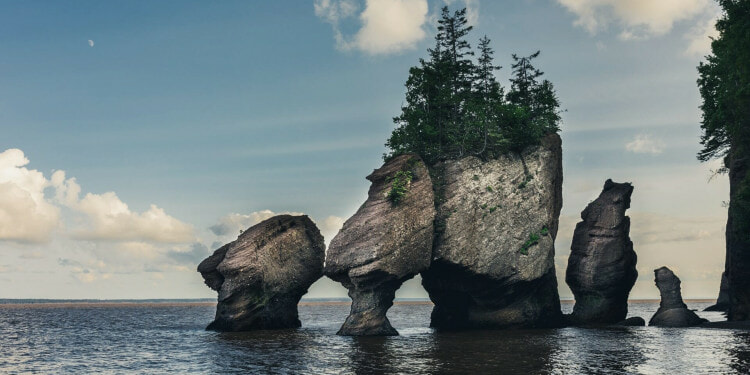 Two Japanese firms have entered into a joint development agreement with Ireland-headquartered DP Energy to work on the initial phase of a tidal energy project in Canada.

Both Chubu Electric Power and “K” Line described it as “the first tidal energy project in which a Japanese company will participate overseas.” Each company is already established in developing renewable energy projects domestically. They are working with DP Energy to develop Uisce Tapa — Irish for “fast water”. These will be three 1.5 megawatt Andritz Mk1 turbines anchored under the Bay of Fundy. They are hoping to have them up and running by 2023.

This project is sited at The Bay of Fundy because that is where the greatest known rise and fall of tide occurs. The bay is the arm of the Atlantic that separates the Canadian province of Nova Scotia from its sister province of New Brunswick and from the State of Maine. At its head the bay forks into two inlets; in the southern one, Minas Basin, the tide range is remarkable – it rises a vertical distance of forty to fifty feet in a period of six hours and falls the same distance in the following period of six hours.

Each day, more than 160 billion tons of seawater flows in and out of the bay during just one tide cycle. This is roughly equal to the flow of all of the world’s freshwater rivers combined. At peak surface speed, tidal currents there are “capable of exceeding 10 knots” or 5 meters per second. As a result, these turbines are expected to have consistent tide strength producing large amounts of energy powering the Atlantic coastline of Canada.

This joint venture is an example of international companies coming together to produce renewable energy resources in foreign countries. The ripple effect for industries will be huge and go well beyond just these three companies, as everyone involved in the supply chain will be getting contracts for parts, shipping, and transportation.

This Japan-Canada joint venture also shows how the renewable energy market is a fast-growing market in international business, providing countless new opportunities for investment. And it is also proving to be one way to help solve the threat of climate change, a crisis that crosses borders and has now become international. A crisis that we are seeing more and more as we experience an unprecedented series of wildfires and floods, while the hottest heat waves ever recorded spread around the world.