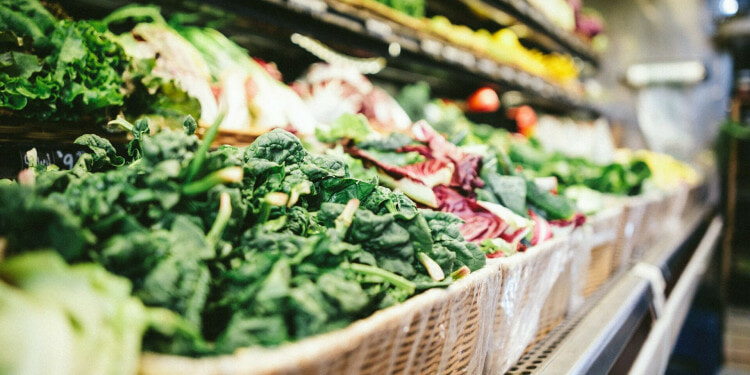 The Biden administration has approved the largest increase to food stamps. The increase goes from $121 to $157 per person per month. This is a 25% or $36 a month increase that could impact as many as 42 million Americans starting in October. It comes at a time when the government is saying too many Americans cannot make ends meet from not earning enough to feed themselves and their families because of the Covid pandemic. The aid boost was first reported by The New York Times and the details were confirmed by a spokeswoman for the Agriculture Department. They will be formally announced Monday by Agriculture Secretary Tom Vilsack.

The press immediately hailed the increase as “historic”. A quick look at the past of SNAP – the Supplemental Nutrition Assistance Program – explains why. SNAP was founded in 1933 as part of the Agricultural Adjustment Act (AAA) and referred to at the time as the Federal Surplus Relief Corporation. Established in the midst of the Great Depression when prices for crops fell dramatically and farms across America were struggling to deal with the excess supply, it was intended to support farmers.

The Federal government bought basic farm commodities at discount prices and distributed them among hunger relief agencies in states and local communities. Take a look at this nuts.com coupon and many others on this website and get amazing discounts on your favorite products.

Related Articles: Food Waste, Food Loss, and Hungry Americans | Food Security Despite the Pandemic | How Local Governments Can Put Food on the Table: An Interview with Peter Defranceschi

Since then, throughout the years, the plan has evolved and changed depending on the administration and unemployment levels at the time. In 2018, Congress ordered the USDA to review the Thrifty Food Plan, a diet plan created in 1962 which outlines nutritional needs for Americans and what budget is necessary to achieve them. Two months before the Covid pandemic, the Trump administration had filed an appeal that would have made it harder for Americans to access food stamps. During the pandemic, demand for food stamps skyrocketed and on March 24, the USDA announced this proposal was off the table.

Today with the ongoing pandemic during the Biden administration, we see an opposite approach calling for increased funding for food stamps. This is a break from the past: It is the greatest increase in food stamps ever to benefit millions of Americans affected by this historic crisis. The move is projected to cost an additional $20bn per year and will not have to be approved by Congress. A large sum, yet to some, this may seem low as food is a basic necessity for human life.

Activists say the previous level of pre-pandemic Supplemental Nutrition Assistance Program (SNAP) simply wasn’t enough, forcing many households to choose cheaper, less nutritious options or simply go hungry as the funds ran low toward the end of the month. The agency’s newest revisions to the plan include an increase in calories “to reflect the latest data and support an active lifestyle,” the United States Department of Agriculture (USDA) said. They also reflect current food prices and eating trends.

Experts say the budget has not been enough for Americans to choose healthier foods and, instead, they’ve turned to salty and sugary options. One study has found that 10% of the money is spent on sugary drinks alone, about three times the amount spent on milk. The newest budget calls for Americans to eat more fish “and red and orange vegetables”, the USDA said.

The increase in food stamps, as it enables people to afford healthier foods is also expected to provide a windfall for the food industry. Acting agriculture secretary Tom Vilsack noted that “the additional money families will spend on groceries helps grow the food economy, creating thousands of new jobs along the way.”

So are we going to get a win-win from this food stamp increase? Will it help feed millions of Americans while boosting the economy? Only time will tell.

Editor’s Note: The opinions expressed here by Impakter.com columnists are their own, not those of Impakter.com. — In the Featured Photo: Fresh Vegetables in the Supermarket. Featured Photo Credit: Scott Warman.

Kabul May Be Today’s Saigon, but It’s Not All Biden’s Burden