28 school shootings in one year, real solutions with a real impact must be found 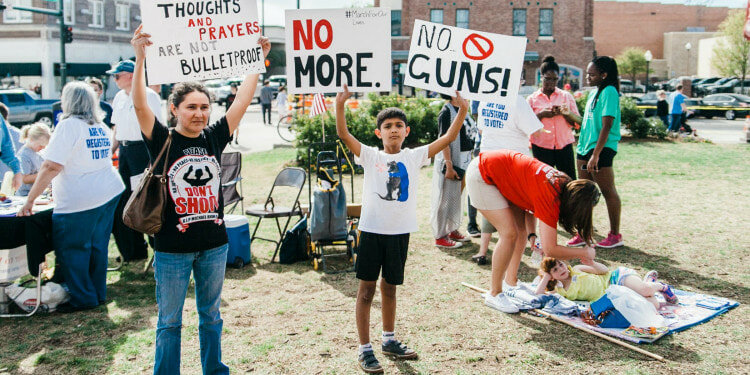 At least four people were killed, and eight others wounded on Tuesday by a 15-year-old sophomore, in a shooting at a high school in Oxford, Michigan, about 55 km north of Detroit.

The three students who were killed were 16-year-old Tate Myre, 14-year-old Hana St. Juliana, and 17-year-old Madisyn Baldwin. With the others wounded ranging from 14-17, with the exception of one adult, a 47-year-old teacher, who was shot.

It is understood that the sophomore was taken into custody with a semiautomatic handgun that was bought by his father four days before the fatal shooting. The suspect had apparently no prior record of run-ins, or any disciplinary misconduct.

School shootings – although relatively rare – have forced a generation of students to grow up practicing active-shooter drills and other exercises designed to prepare them for in-school violence. Oxford High School was not exempt from these, working closely with law enforcement. Without these drills, casualties would be much higher.

“no one should be afraid to go to school”

For years, the United States has dealt with hundreds of mass shootings, from the 1999 Columbine High School Massacre to the most recent one on Tuesday. Newspaper sensationalism on the matter of the 1999 massacre is believed to have induced subsequent school shootings, as suspects would seek to mimic the event.

Whilst school shootings do happen around the world, it is most widespread in the United States – with the highest recorded number . Today, it is beyond belief that one year would go by without a single deadly school shooting event occurring.

Education Week journalists have been tracking shootings on K-12 school property – Kindergarten to 12th grade – that resulted in firearm-related injuries or deaths and the numbers are alarming.

There have been 28 school shootings this year, and 20 since August 1, 2021. In total, since 2018, the number of school-shooting events mount to 86. The dip is directly linked to the COVID-19 pandemic which moved education within the homes of Americans; as children re-entered institutions, the numbers grew significantly.

Organisations such as March for Our Lives or Sandy Hook Promise and Protect Our Schools, have dedicated their time to convince American politicians that more focus needs to be brought to gun violence and school shootings.

What these events highlight is that despite security cameras, or metal detectors, perpetrators can still enter school grounds with a gun with relative ease. Increasing security does not halt school shootings, and solutions must be directed elsewhere.

Related Articles: Guns In America: Is It Freedom? | Gun Violence: How Better Gun Control in the U.S. can Save Black Women

In Michigan’s constitution, where the most recent shooting happened, Article 1, section 6 reads: “every person has a right to keep and bear arms for the defence of himself and the state.”

Here is a sum of the Gun Laws in Michigan:

When delving deeper into the subject of how one gets granted a purchase license, a lot of leniency and laxity can be observed. The proof? It is the suspect’s father who bought the gun four days before the Oxford High School Shooting.

He is not a lone case, with 73-80% of school shooters are believed to have obtained the gun(s) from their home or the homes of relatives or friends.

Changing gun laws is easier said than done as the lobbying powers of the National Rifle association are immense, with five million members, and $205 million in annual revenue. It will be difficult for this phenomenon to end until the NRA’s powers are reduced significantly.

How many lost kid’s lives will make a gun law pass? How many people in your community have to die before you vote for politicians not supported by the NRA? https://t.co/okWQrgNDQZ

It is important that greater consideration is directed towards keeping guns out of the hands of people who should not have them in the first place.

Observing common trends and characteristics amongst the perpetrators can unveil the areas that require our attention if we hope to halt this phenomenon.

Statistics show that mass school shooters are predominantly white males – 70% – and academics believe this could be explained by the convergence of three structural-cultural factors:

“If change is to come about, schools and parents must start facilitating a conversation about race and gender in the 21st century”, say experts.

It is evident that any approach must focus on the individual students. With 100% of school attackers exhibiting warning signs, 75% claiming their motive was caused by bullying, and 61% declaring it was revenge killing, solutions must be found at the student/teacher/society level in addition to changes in gun-control laws.

While this makes sense and appears to be a reasonable approach, the question is: To what extent do schools really apply them? And more broadly, is it only the school’s responsibility or shouldn’t it become the responsibility of the whole of society, government included? These are fundamental questions that Americans will need to address if they want to put an end to mass shootings in schools that continually endanger their children.

Editor’s Note: The opinions expressed here by Impakter.com columnists are their own, not those of Impakter.com. — In the Featured Photo: A North Texas mother and her son hold protest signs at the March for Our Lives sister rally in Denton, Texas on March 24th, 2018. Featured Photo Credit: Heather Mount.

What Can You Buy On IMPAKTER ECO?

What Can You Buy On IMPAKTER ECO?