Migrants Stuck at Poland-Belarus Border: Nobody Takes The Blame

Thousands of migrants camp in freezing conditions as they attempt to enter Poland; at least seven have died so far 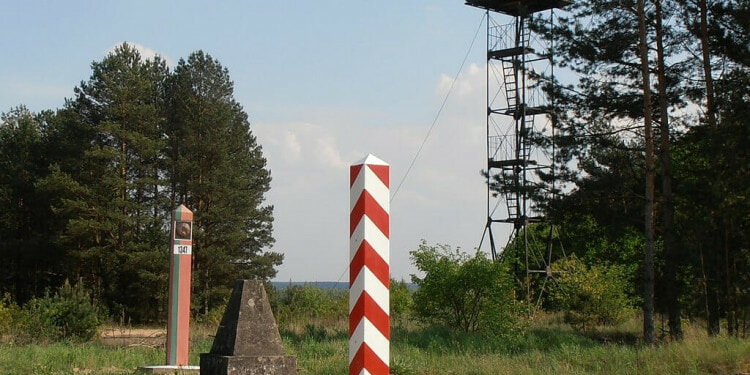 Poland has reinforced its border with Belarus, erecting a razor wire fence with soliders patrolling the boundaries. Reports suggest Polish forces have now deployed 15,000 soldiers to the border. Considering there are around 4,000 migrants that puts a seemingly excessive 4 soldiers to every migrant. This week, a group of migrants tried to storm through the razor-wire fence on the eastern frontier on the Belarusian side in what has become a tense standoff.

The European Union is placing the blame with Belarus President Alexander Lukashenko; they have accused him of using the migrants as collateral damage in a “hybrid attack” against the bloc in retaliation for imposing sanctions on the authoritarian government for a brutal internal crackdown on dissent.

Moreover, the EU has promised to impose more sanctions on Belarus. They say that Lukashenko is using “gangster-style” tactics in the months-long border stand-off in which at least seven migrants have died.

As European Commission Vice President Margaritis Schinas told CNN, “This is not normal asylum seekers that seek the protection of Europe fleeing war, dictatorship. These are groups of people that are flown to Minsk, they are put in buses, they are escorted by Belarusian police and special forces, pushed to the border and pushed into the European Union.”

Lukashenko won a sixth term in the 2020 election but his opposition and the West believe his appointment was rigged. Following his return to office, thousands were reportedly jailed and beaten for protesting his government. Germany’s acting Foreign Minister Heiko Maas spoke out against him, saying, “Mr. Lukashenko…unscrupulously exploits people seeking refuge as hostages for his cynical power play.”

Poland meanwhile is shifting the blame on to Russia, with the Polish Prime Minister Mateusz Morawiecki claiming that Moscow was the puppetmaster behind the scenes at the border and that Minsk was operating under the Kremlin’s directive.

He addressed the Polish parliament on Tuesday: “[T]he security of our eastern border is brutally violated today by a ruthless dictator who wants revenge on Poland and Europe for opposing human rights violations in Belarus. But we know that his revenge is controlled from Moscow.”

Morawiecki has accused President Putin of being Lukashenko’s “employer” and believes this standoff is Putin’s next steps towards rebuilding the Russian Empire. So far there is no comment from Russia on the situation along the border, however Russian warplanes were spotted performing patrols over Belarus airspace on Wednesday.

Belarus blames the escalating situation on the “unfriendly actions” from EU states. Belarus Foreign Minister Vladimir Makei claimed the West was abusing the human rights angle to exert political pressure. In a press conference following talks between Russian and Belarusian foreign ministers in Moscow, Makei said that “a large-scale complex aggression has been unleashed against Belarus,” which cannot remain unanswered.

Belarus denies allegations of human rights abuse yet reports suggest that migrants are suffering from hypothermia and broken bones in freezing forests. A Polish man from the village of Bialowieza told the Associated Press: “They are in really bad condition and the situation is getting worse.” The anonymous volunteer went on to say some of the migrants believed they were in Germany and appeared to have been “very disinformed by Belarusian soldiers and guards.”

It would appear these migrants are stuck in the middle as the EU, Poland and Belarus play hot potato with the blame. It may be worthwhile for those in power to remember these are human beings that they are fighting over, people with families, lives and hopes for a more prosperous future. When preservation of people comes in second to who will take the fall, surely alarm bells should ring that perhaps those in power should see this as a human rights problem, not a political problem.

The EU and Poland have been quick to point the finger at Lukashenko for human rights violations; but due to their inaction, people are dying, children are stranded in freezing temperatures with many only receiving food and water from volunteers acting against their government’s wishes. Maybe it is time governments stop playing the blame game.

U.S. Congress and Defense Establishment:  Early Signs of One Health On Horizon

U.S. Congress and Defense Establishment:  Early Signs of One Health On Horizon